Bengaluru has imposed a two-week ban on protests and gatherings near schools and colleges over escalating row over the use of hijab in educational institutions. 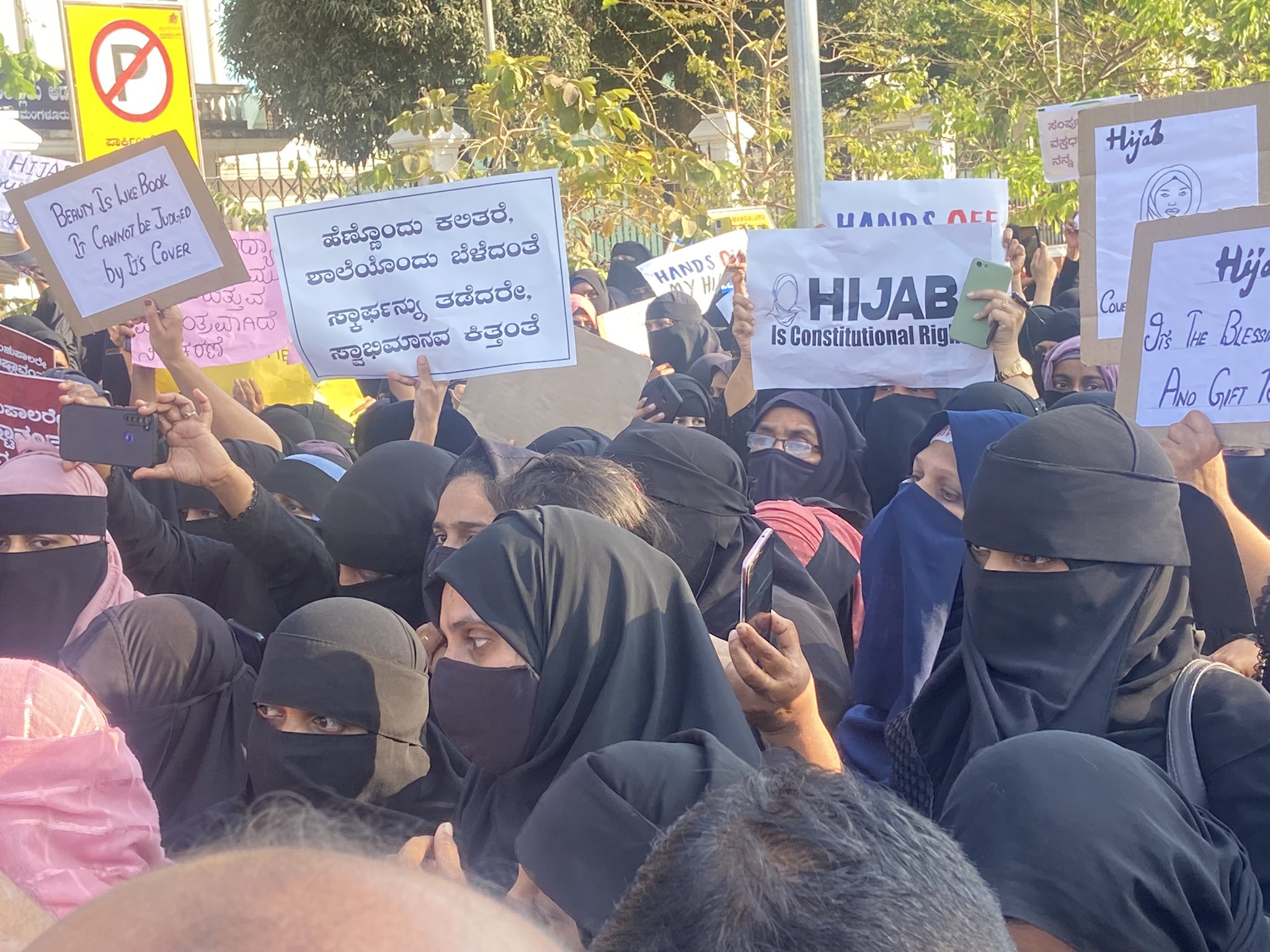 Under the order of the city police chief, any gathering, agitation or protests will not be allowed within a 200-metre radius of any school, college and other educational institutions for two weeks. Photo courtesy: Twitter/@GmAshifpf

Incidents of stone pelting and use of force by police were reported on Tuesday as the hijab row in Karnataka escalated and protests by students spread to more colleges, prompting the Chief Minister Basavaraj Bommai to declare a three-day holiday for all educational institutions in order "to maintain peace and harmony", the media reported.

As the Karnataka High Court, which is hearing petitions filed by five women from a government college in Udupi, also appealed for peace and calm, Primary and Secondary Education Minister BC Nagesh claimed that according to a report the Campus Front of India (CFI) is said to have incited the Hijab row, and this will be investigated.

CFI is the student wing of the Islamic outfit Popular Front of India (PFI).

Meanwhile, Pakistan ministers now have commented on the issue espousing free choice, condemning the bar on burqa-clad students inside the classroom.

"Depriving Muslim girls of education is a grave violation of fundamental human rights. To deny anyone this fundamental right & terrorise them for wearing a hijab is absolutely oppressive. The world must realise this is part of Indian state plan of ghettoisation of Muslims," the minister said.