Renowned Indian singing sensation Harshdeep Kaur said that music has the power to inspire, heal, uplift and connect while interacting with the students of Global Indian International School (GIIS) at Singapore.

The Sufi exponent was in the Lion City to perform at the Esplanade as part of the MTV Unplugged Sounds of Sufi series.

Participating in the GIIS’s leadership lecture series, Harshdeep Kaur said that the path to success is not easy but one must never give up. 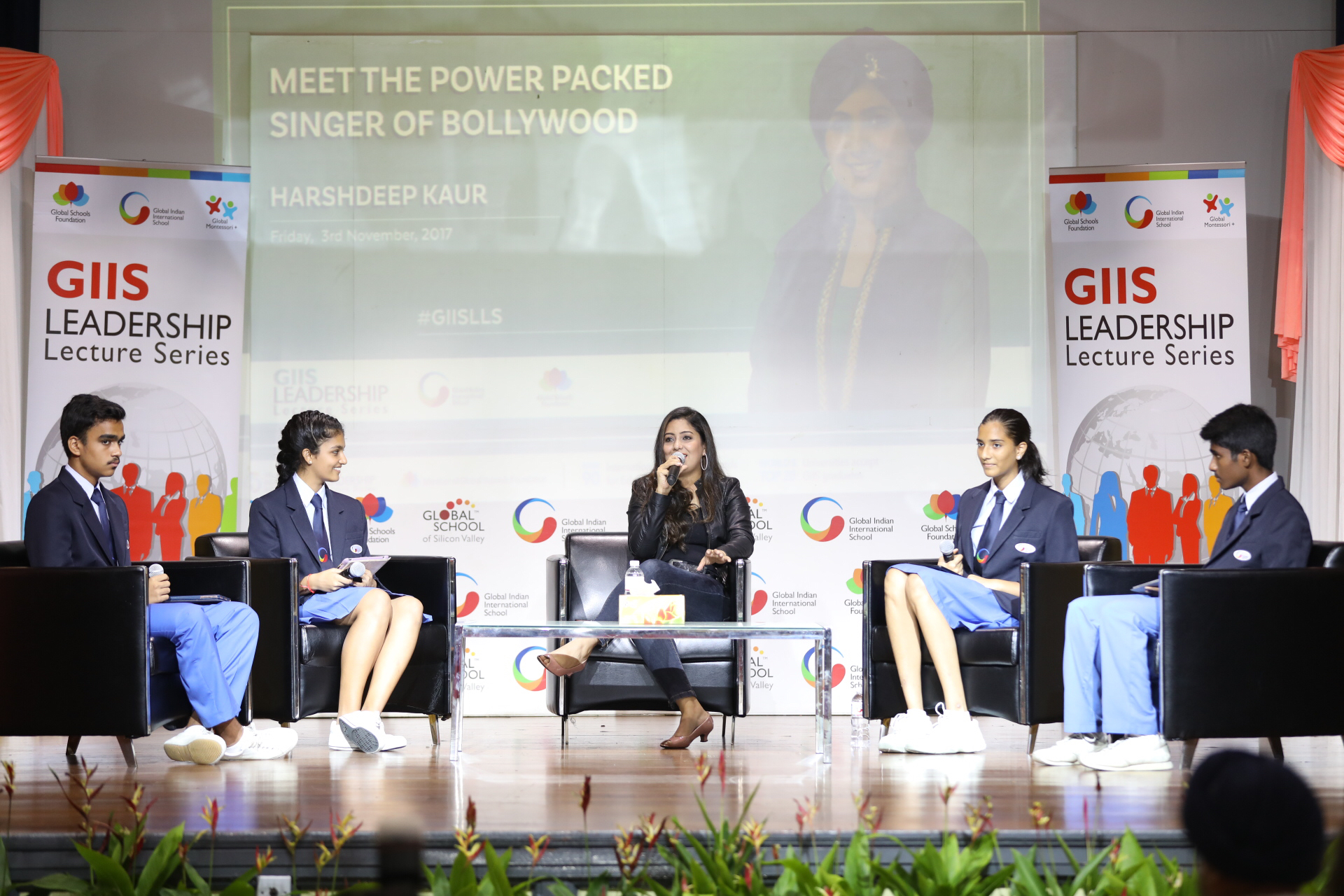 On a question regarding how she maintains a non-glamorous image in the glamorous world of Bollywood, she said, “It is not easy but that it takes courage and determination to stand one’s own ground and create an image with which one is comfortable.”

Giving advice to students, she said, “You should never compromise on ethics and integrity in the pursuit of excellence.”

Seeing the inclination of Indian diaspora towards music, Kaur said, “It is truly inspiring to see the passion for arts and culture among the diaspora of young Indians across the globe.”

Lauding students of GIIS, she said, “I am truly amazed to see the quality of students at GIIS – they are mature, well-mannered and well-informed. I found myself being inspired by the students as well and I look forward to interacting with them again in the future.” 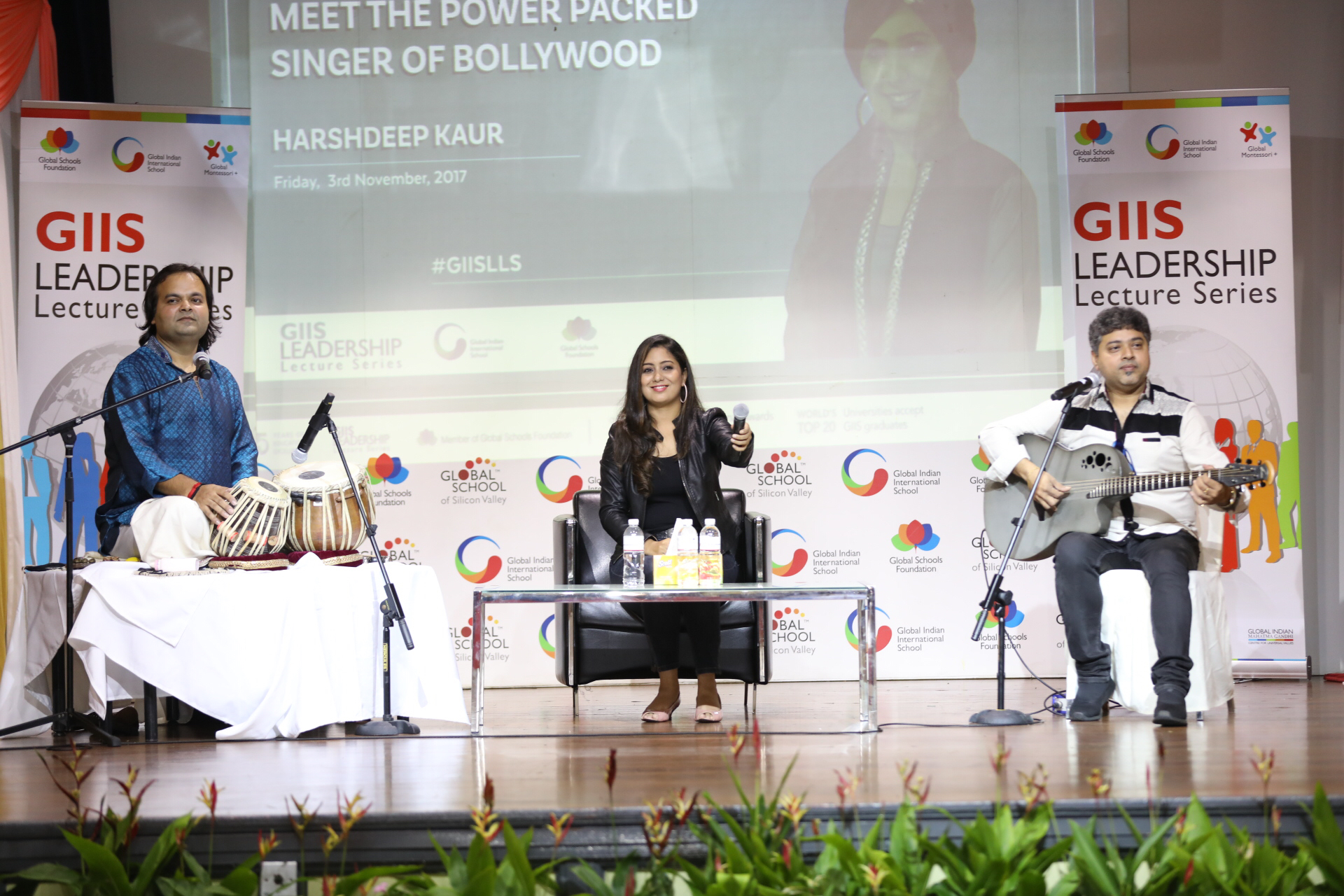 Harsheep Kaur appears to be all smiles while interacting with GIIS students. Photo courtesy: GIIS

Harshdeep Kaur (30) rose to fame after winning two reality talent shows, making her the first woman in India to do so. Following her notable wins at the MTV Video Gaga Contest in 2001 and JUNOON Kuchh Kar Dikhane Ka in 2008, she established herself as a leading playback singer in Bollywood soundtracks, with a niche in Sufi-genre music.

Kaur’s visit was part of the GIIS Leadership Lecture Series, which brings in political, cultural, artistic, athletic and scientific leaders from across the globe to discuss real-world problems and solutions with the students at various GIIS campuses.