From estate to embassy, and beyond: Ambassador Kesavapany

Ambassador K Kesavapany (affectionately known to friends as Pany) once said that he is picking up speed as he ages.

In the past two years, after retiring from his position as the President of the Singapore Indian Association and the Chairman of the Indian Community Aftercare Council (ICAC), he has taken up a slew of exciting new projects.

At the age of 82, the now President of the Raffles City Rotary Club (RCRC) has an infectious energy that puts youngsters to shame – and anyone who has met him can attest to that.

Ambassador K Kesavapany recently launched his book 'From Estate to Embassy: Memories of an Ambassador'. Photo: Connected to India

Kesavapany’s latest venture is his first book titled ‘From Estate to Embassy: Memories of an Ambassador’, documenting chronicles from his illustrious life as a veteran diplomat. Born in the Malayan estates in the late 1930s, he was headhunted to join the Singapore Civil Service in the 1970s. Kesavapany subsequently entered Singapore's Ministry of Foreign Affairs (MFA) and embarked on decades of diplomatic service to countries including Turkey, Geneva, Jordan, Indonesia, Russia, United Kingdom and Malaysia.

Connected to India speaks to Kesavapany in an exclusive interview on his memoir, his journey, as well as his views on diplomacy, past and present.

Connected to India: How has the role of the ambassador evolved over the years?

Kesavapany: Before the age of IT, we used tele machines. Communication happened at a slower pace, so there was more time to think and react. But now, everything is instant. The headquarters will expect you to reply within two hours, compared to two days in the past.

Ambassador Kesavapany with various world leaders during his decades-long stint in diplomacy. Photo: Connected to India

But in terms of substance, diplomacy has not changed. The diplomat is still required for his expertise and to gather on-the-ground information. These are things that technology and social media platforms such as Twitter cannot replace or fast track.

CtoI: You have been a Singapore diplomat for a long time. When was the inflection point for Singapore, that saw it achieve the current status it has as a diplomatically strong nation?

K: I would say it started from 1965, the year we became independent. We were kicked out of Malaysia overnight, and we had to figure our way forward. We needed to make as many friends as possible – and fast – through organisations such as the United Nations (UN).

Our success can be attributed to the high caliber of the diplomatic service from the beginning. Singapore was fortunate to have a very good foreign minister, Mr Rajaratnam. With his outstanding diplomatic work, as well as contributions from other first generation ministers and diplomats such as Tommy Koh and S. Jayakumar, we were able to stand out.

Even though Singapore is a small country, we were punching above our weight in a number of issues. The Afghanistan issue is one example, which made the world take notice of us. In handling diplomatic relations, we held on to our principles,  stood our grounds and what we had to say.

Ambassador Kesavapany's new book 'From Estate to Embassy: Memories of an Ambassador' featured in media. Photo: Connected to India

CtoI: With the speed at which politics, economics, and technology revolutions are happening… How important do you think it is to look into the likes of the first generation leaders?

K: The first gen leaders have left behind a wealth of experience. Our first Prime Minister, Lee Kuan Yew, took the trouble to write his book called Lee Kuan Yew: Hard Truths To Keep Singapore Going. It essentially talks about the problems that Singapore has faced in the past, and is currently facing, and will face in the future. Now, in one book, you have encapsulated, Singapore’s journey, past, present and future. Ambassador-at-large Tommy Koh, likewise, published Tommy Koh: Serving Singapore and the World.

In my opinion, it is important that these books serve as textbooks for civil service. In my small way, I try to contribute as well, by relating my experiences of how diplomacy were conducted in difficult situations.

CtoI: You have been the president of the Inter-Religious Organisation (IRO). At some point, you argued that there needs to be an IRO at the ASEAN level. Why is that so?

You see, every  religion has the ability to develop an extremism fringe - and these extremist fringes are now coming to the fore. Take for example, Al Qaeda and ISIS; these are not isolated entities, and not based in one country. They span across countries and regions, and they are constantly on the move. Therefore, it is necessary that we develop a counter force to this threat. 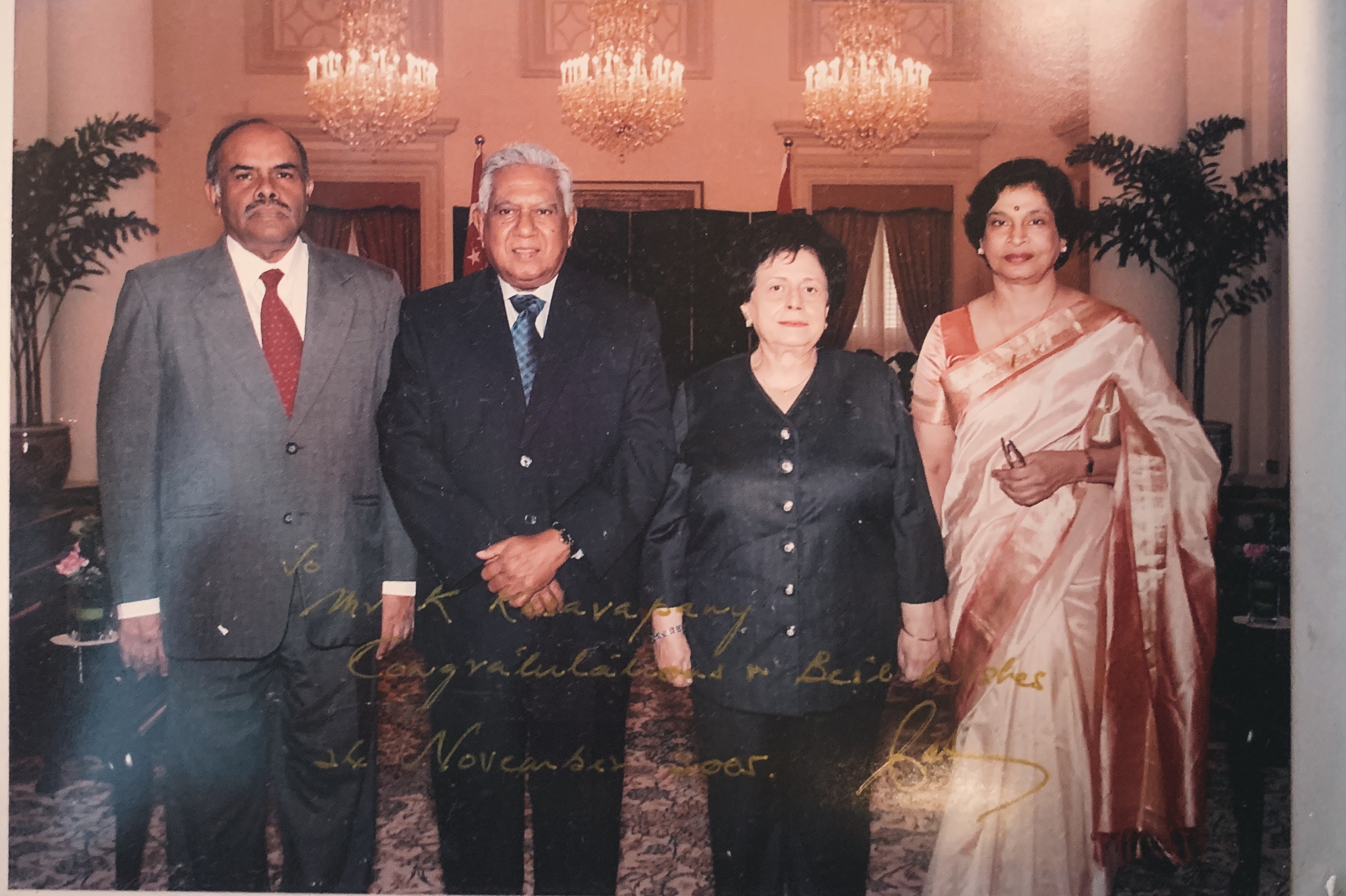 You may think it is not happening in our country now. But before you know it, they will be here. That is why we are now working on this, and we have established good relations – not only within ASEAN but also with some of the Arabic countries, who have recognised there needs to be more collaboration to address this issue.

CtoI: How happy are you that you could finally put together this book?

I did it for two reasons. Firstly, it is for my grandchildren who kept asking what I did when I was in Geneva, Moscow and so on. So I thought I would put all of that in my book, and when they asked me, I will ask them to just read my book.

Secondly, I also think that in a way, I owe this to the younger generation. In my own humble way, as the first president of the World Trade Organisation, and the other positions that I have held, I think my experiences could be useful.

Co-authored by applied linguist Dr Anitha Devi Pillai, ‘From Estate to Embassy: Memories of an Ambassador’ can be purchased at all major bookstores in Singapore.