Tanuj Khosla, finance professional in Singapore by day; poet, playwright, lyricist, writer by night, is now set to have a dozen of his plays performed together in Toronto. 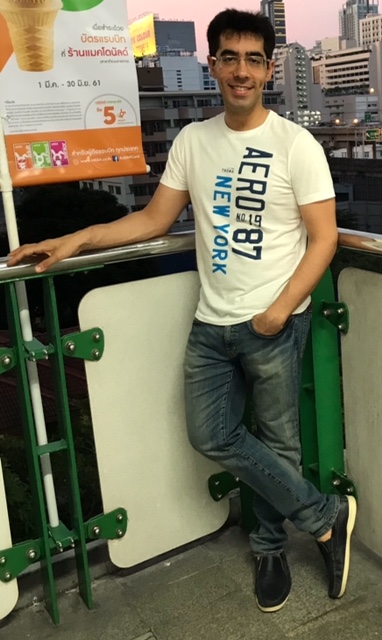 Tanuj has written plays that have been produced and performed at Dastak, Singapore's first and only Hindi theatre festival. Photo Courtesy; Tanuj Khosla

The SAWITRI Theatre Group will perform a dozen of his plays at the Sampradaya Theatre in Toronto from May 10 to 13. The group is celebrating its 15th anniversary this year. An award-winning incorporated not-for-profit organisation under the artistic leadership of Jasmine Sawant and Shruti Shah, SAWITRI has produced over 25 works of theatre in Canada.  www.sawitri.ca

Tanuj currently works in the finance industry in Singapore. Prior to this, he was a banker in India. Tanuj has written guest columns for finance journals like CNBC, The Asset, The Hedge Fund Journal, Institutional Investor, Risk.net etc, in the past and was also a regular columnist with The Wall Street Journal. In addition, he has written plays that have been produced and performed at Dastak, Singapore's first and only Hindi theatre festival. A couple of those plays were also selected for performance at the prestigious Kala Ghoda Festival in Mumbai (in 2017 and 2018).

His lyrics website showcases his work. In addition, he is also a columnist for The Times of India, CNN-IBN and Faking News.

“I write songs in three languages; English, Hindi and Urdu. And I have goals in all three,” Tanuj said. “In English, I would like to make a mark as a lyricist in Country Music. I really want to be this bridge between Country Music in the US and a billion plus potential audience in India. In Hindi, I would love to contribute to the thriving Indie music scene in India which sadly sometimes doesn't get the recognition it deserves. Having said that I do harbour a little dream of writing lyrics for a Bollywood movie someday!”

“As far as Urdu goes, I have a lot of respect for it and feel that it is a very royal and grand language that should be preserved and nurtured. I would love to write more Urdu songs which are recorded by independent artists or in movies in both India and Pakistan!” he added.

Here’s a list of Tanuj’s plays which will be performed in Toronto.

A Shot in the Dark

One murder – three suspects and three versions! Will the police succeed in apprehending the culprit?

Are love and hate two sides of the same coin, passionate and desperate?

Does life give a second chance to a teacher and his student to fulfil their calling?

A lucky few find true love, even fewer find it deep and abiding.

A tech-‘unsavvy’ father spoils his son’s intimate moments with his girlfriend.  But who shall have the last laugh?

A tech-‘unsavvy’ father is bitten by the ‘selfie’ bug. Can the son cure it?

A tech-‘unsavvy’ father is thrilled to discover Skype.  He can see his son now! Would his college-going son be as happy to ‘ be seen’ by his dad?

What happens when we are down and out in life and fate sends help in the form of an ordinary but ‘special’ pizza delivery boy? This play also featured in Dastak.

How can a red scarf drive a wedge between four friends?

A mother has forgotten her dead child but can he ever forgive her?

Sometimes the most well-meaning advice comes from strangers. But can strangers be trusted?

For more information, you can visit the group’s website