Nur Khairiyah, a graduate of Lasalle College Of The Arts, has spent time performing for school assembly shows, charity road shows and teaching speech and drama to pre-school to secondary kids, under Lorna Whiston. 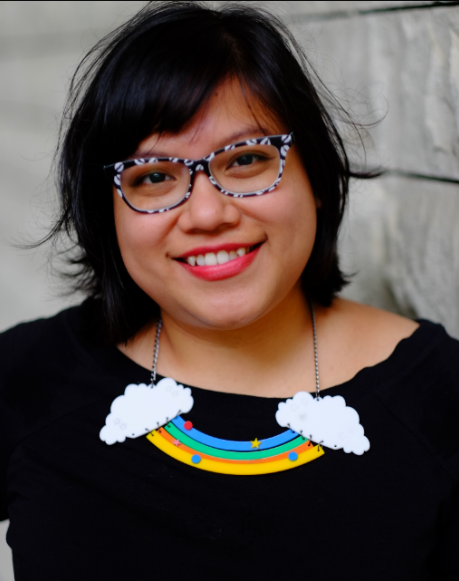 Khai, as her friends call her, is a huge Bollywood fan, and watches Hindi blockbusters whenever she’s stressed. Her husband claims that she knows Bollywood trivia that normal film watchers wouldn’t even think about.

Under the brand The Pinwallas, Khai with her husband and friend sells enamel pins featuring illustrations of Bollywood icons in their classic roles, such as Salman Khan in the 1998 romantic comedy Pyaar Kiya To Darna Kya; there is also an Iconic Series, a set of four pins featuring Salman Khan, Madhuri Dixit, Aishwarya Rai and Shah Rukh Khan in their most memorable roles. The pins are available online here.

Khai has had her fair share of performing, writing, producing, managing productions and programming performing arts programmes at The Substation, and currently works with Hatch Theatrics, a production group in Singapore. She has assisted in co-ordinating M1 Singapore Fringe Festival with The Necessary Stage and programmed The Night Festival at The Substation for four years from 2012.

She co-wrote and directed her first Malay play called Penantian, co-presented with The Substation, in 2013.

Khai is directing the play The Pizza Delivery Boy, written by Tanuj Khosla, for Dastak 2017. Here’s an excerpt from Connected to India’s (CtoI) interaction with her. 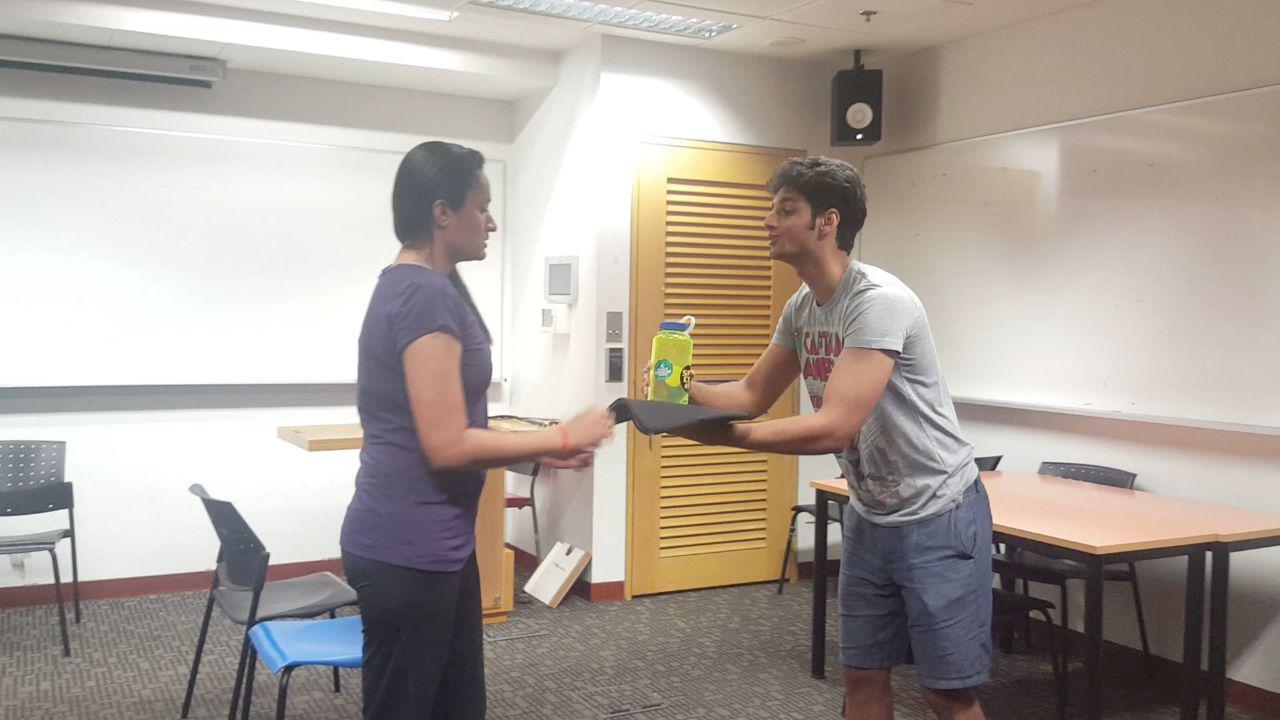 The cast of The Pizza Delivery Boy during rehearsals. Photo courtesy: Dastak

Nur Khairiyah: The last play I directed was in 2012. It was a monologue piece I co-wrote with a dear friend that talks about life and love. Everyone has a life and needs love. It was very special as It was my first Malay play and we produced it independently. After that, in 2015 I got committed to managing a theatre collective called Hatch Theatrics. I'm still managing them and producing original plays in English and Malay.

CtoI: Singapore’s arts and culture scene seems to have heated up a lot in the last few years, there are too many shows for NRIs to go to; in this context do you think a Hindi theatre festival is too bold a step?

Nur Khairiyah: It takes a village to put up a production, if it's a festival, it takes a country. I'm kidding. It's never a bold step to do anything. If intentions are right, and it’s for the community, why not?

Nur Khairiyah: It’s a challenging process for directors to really mould the actors and get their characters right. It's 10 minutes. You don’t want to under rehearse or over rehearse. But in theatre, there must be logic, magic and big imagination. 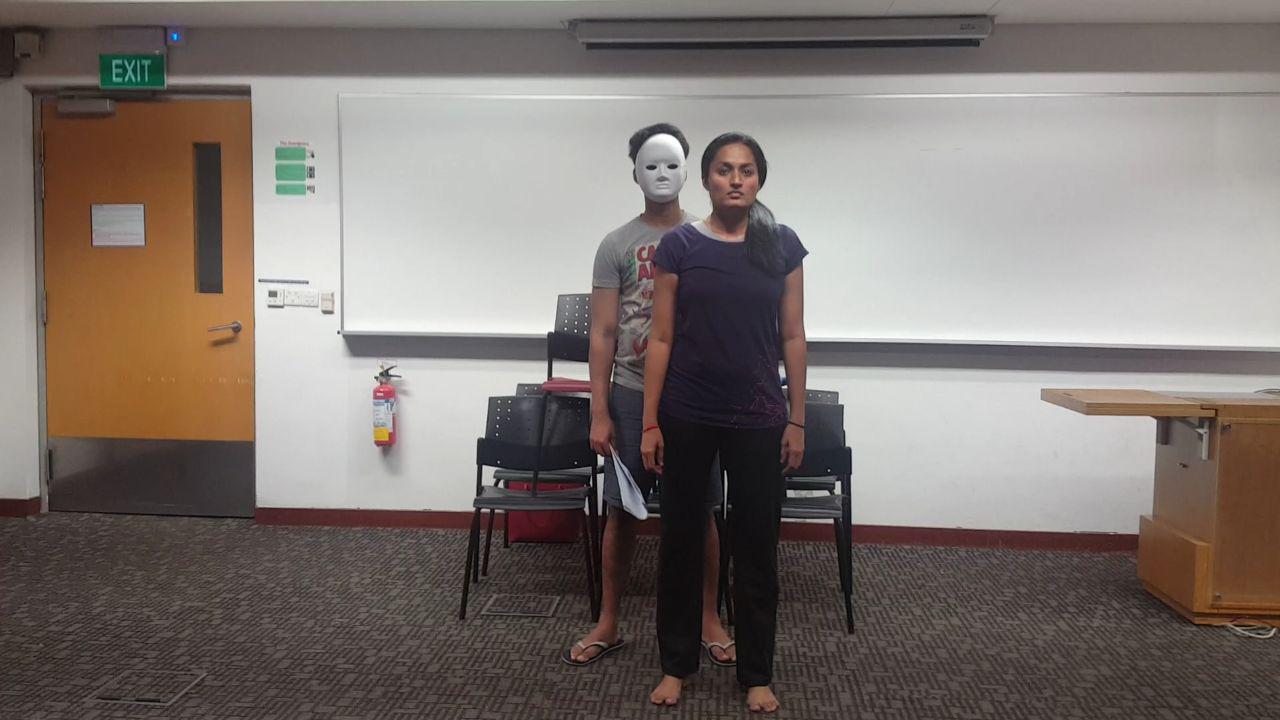 The play is about a 'seemingly normal Pizza delivery boy who changes a customer’s life forever'. Photo courtesy: Dastak

Nur Khairiyah: There should be honesty in the piece in whatever we portray on stage.

CtoI: Is it a fiction thriller or based on a real story? What makes this play unique?
This play is unique because if you blink, you'll miss the plot. The Pizza Delivery Boy will be available for delivery, dine in and last meals from November 16 onwards.