Fact of the matter is that there could not have been a better duo than Joy Bhattacharjya and Rathindra Basu to host a trivia podcast. 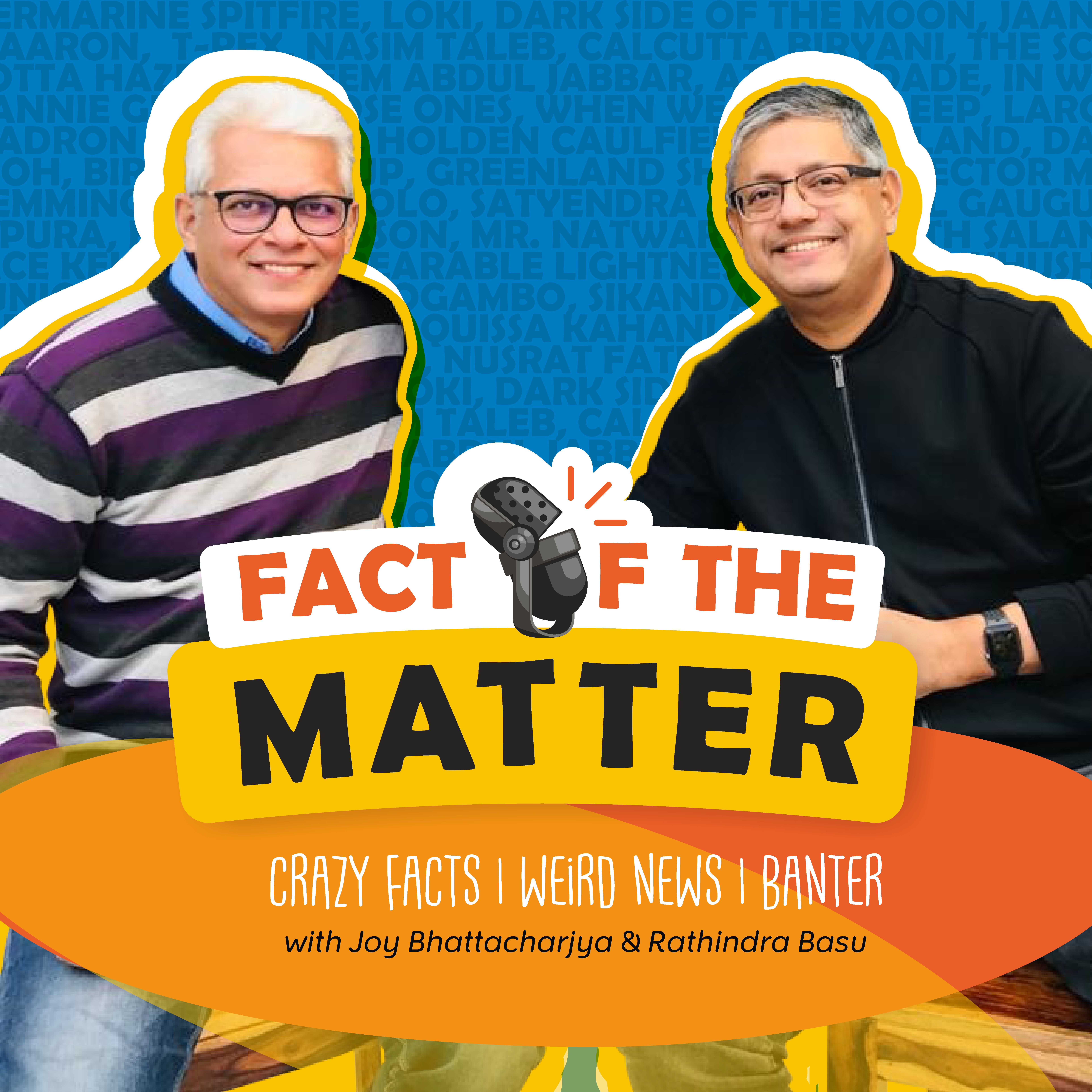 Senior media professionals and trivia enthusiasts from India Joy Bhattacharya (left) and Rathindra Basu have fun with facts and news from the world of music, books, film, sports, history, science, language, among others. Photo courtesy: FOTM

Listening to ‘Fact of the Matter’, where they effortlessly discuss trivia and general knowledge on mundane to insanely interesting topics like thuggery, world leaders, sports controversies and spies in the White House is an absolute treat.

Joy Bhattacharjya, whose most high-profile job to date was being in core team of Kolkata Knight Rider’s working directly with the King, Shah Rukh Khan and Rathindra Basu, his ex-colleague from ESPN Star Sports, a keen quizzer, ex-member of core team responsible for India’s first hockey league, launch of Star Cricket and now the Vice President and Head - India and South Asia at IMG Media bring offbeat anecdotes and fun facts in their podcast.

“Right from our young age, we would bring out old tattered notebooks or refer to magazines and actually get excited to find out stories. These stories were probably unrelated to what we were studying or what our background was but something about a story is what set our minds racing and made us excited,” Rathin says, explaining how they got the idea for the podcast.

“We decided, Joy and I, what better way to share our excitement than to bring such stories from our childhood, from what we have been following and discussing for many, many years, to listeners,” he added.

The two senior media professionals and trivia enthusiasts from India have fun with facts and news from the world of music, books, film, sports, history, science, language, among others. Every other week, they share interesting anecdotes, talk about funny news items and decipher interesting word origins.

Fans of trivia can also try contest questions and hear Joy and Rathin try to fool each other in specially curated sections.

Joy has more than two decades of expertise working in the world of Indian sports, among them cricket, football and volleyball. Some of his notable roles in the past have been as the team director of Indian Premier League team Kolkata Knight Riders; the Project Director for the Local Organising Committee (LOC) of the 2017 Under-17 FIFA World Cup and the CEO of the inaugural Pro Volleyball League in India. He is currently the CEO of the RuPay Prime Volleyball League.

Joy explains that their goal is to cast a wide net into the limitless ocean of trivia and knowledge out there.

Things that happen if you leave quizzers alone over a long weekend. @rathindrabasu & I recorded 'Fact of The Matter,' a podcast on literally anything under the sun.
Ep1 features strange football matches, cake eating leopards & mad British soldiers. https://t.co/Cn93hyE1LC pic.twitter.com/CIOsIBfI9d

“One of the earlier names we thought of for this podcast was ‘Anything under the Sun,” he said. “And then we said what if we have questions about other galaxies and Andromeda. Then we said it has to be more than that; it’s ‘Fact of the Matter’.”

Rathin has worked and led teams with ESPN STAR Sports for around 12 years covering areas like Sports Event creation and management, Sports content acquisition, Sports content syndication through TV and radio, Media and Corporate PR, Government and Corporate Affairs, Affiliate Distribution sales etc. As V-P of IMG Media, he looks after premium sports programming and content sales for India and South Asia covering all forms of media rights and has developed key relationships with major sports broadcasters and other TV networks including public broadcasters in the South Asia region.

'Fact of the Matter' has already run for a 16-episode first season with two episodes posted in Season 2. As per Rathin, “We have crossed around 56k total plays since we launched in July 2021. FOTM is Number 3 in the news category section and no 11 in the overall news section on Apple Podcasts in India.”