MOH said that the bulk of the new cases are work permit holders living in foreign worker dormitories, where the government has stepped up testing. Most of them have a mild illness and are being monitored in the community isolation facilities or general ward of our hospitals. None is in the intensive care unit.

73 per cent of the new cases are linked to known clusters, while the rest are pending contact tracing. 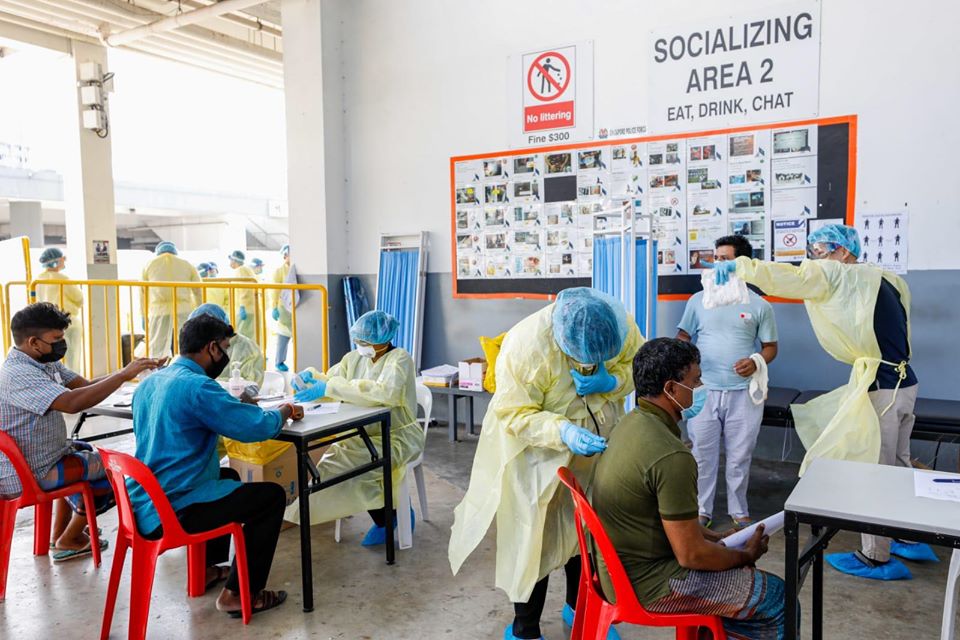 The majority of the new cases in Singapore are from foreign worker dormitories, where the government has stepped up testing. Photo courtesy: Facebook/Lawrence Wong (dated April 17, 2020)

On Tuesday, Prime Minister Lee Hsien Loong announced the extension of the circuit breaker till June 1. The Multi-Ministry Task Force also announced tighter measures, including a more restricted list of establishments that can remain open as well as limited access to four popular markets.