Visits to four popular markets to be restricted based on last digit of patrons’ identification number: NEA 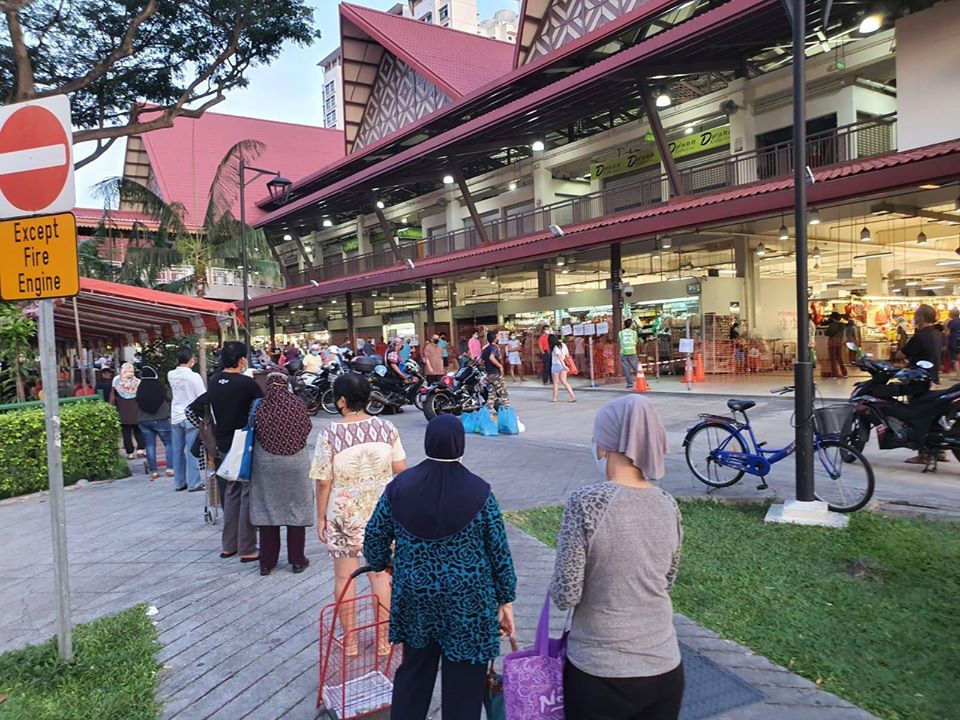 Geylang Serai Market is one of four popular markets which will have restricted entry. Photo courtesy: Facebook/Masagos Zulkifli

The National Environment Agency (NEA) on Tuesday announced enhanced measures to “ensure the safety and well-being of all patrons and stallholders in the markets” amid the COVID-19 outbreak.

“Patrons will have to produce appropriate forms of identification at the entry points of these markets for verification. Those who are unable to do so will be denied entry,” said an NEA statement.

The NEA had already put in place from April 7 onwards enhanced measures for crowd management, which include controlled entry and exit points to markets managed by the NEA or NEA-appointed operators.

“However, long queues have been observed at certain popular markets, especially during the weekends,” said the statement.

To address this, NEA has urged patrons to make further adjustments to their marketing hours by patronising markets during weekdays, or at the non-peak period on weekends, such as after 10:00am where fresh produce is still available.

To help patrons plan for their marketing visits, NEA has also published the peak hours and queue situation at 39 popular markets, and provided patrons with a list of alternative markets that are located close to some of the most popular markets.

“These measures have helped to spread the crowd slightly and market patrons have started to make some adjustments,” said the NEA statement.

“Based on ground observations from 7 to 19 April 2020, we have observed that more patrons are starting to visit markets during the less crowded hours, between 6:00am to 7:00am or after 10:00am. However, long queues were still seen over the last weekend at four ‘hotspot’ markets, namely Geylang Serai Market, Block 104/105 Yishun Ring Road (Chong Pang Market), Block 20/21 Marsiling Lane, and Block 505 Jurong West Street 52.”

For patrons who require assistance with their marketing, such as the elderly and persons with disability, one other accompanying member in the same household or foreign domestic worker (FDW) is allowed to assist them in their market visits. However, one of their identification numbers (NRIC or FIN) must still meet the odd or even date entry restriction, in order to enter the market.