The Academy of Motion Picture Arts and Sciences has said that it is “upset and outraged" over Will Smith’s behavior at the Oscars ceremony and has initiated disciplinary action against the actor. 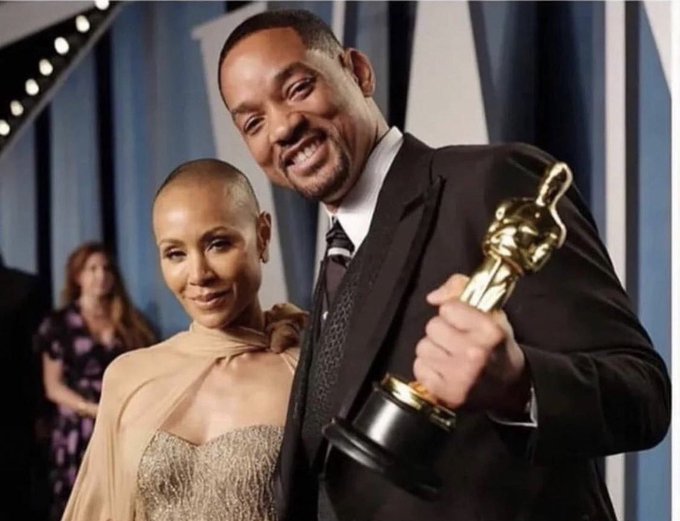 The Academy, the body that hands out the Oscars, said it would hold a vote on what action should be taken against Smith over the globally televised assault. Photo courtesy: Twitter/@MrFulovit

The Hollywood actor had slapped actor-comedian Chris Rock on stage during the event.

Smith could face expulsion from the Academy for the open-handed slap, which came moments before he was handed the best actor award for his role in 'King Richard' - an announcement greeted with cheers by the audience.

"While we would like to clarify that Mr. Smith was asked to leave the ceremony and refused, we also recognise we could have handled the situation differently," a statement said.

The Academy, the body that hands out the Oscars, said it would hold a vote on what action should be taken against Smith over the globally televised assault, which marred Hollywood's most important evening.

"The Board of Governors today initiated disciplinary proceedings against Mr. Will Smith for violations of the Academy's Standards of Conduct, including inappropriate physical contact, abusive or threatening behavior, and compromising the integrity of the Academy," the statement said.

"Mr. Smith is being provided at least 15 days' notice of a vote regarding his violations and sanctions, and the opportunity to be heard beforehand by means of a written response. At the next board meeting on April 18, the Academy may take any disciplinary action, which may include suspension, expulsion, or other sanctions permitted by the Bylaws and Standards of Conduct."

The group is under intense pressure to respond appropriately to the slap, which has dominated coverage of the glitzy awards and taken the spotlight from several notable firsts - including for the mainly deaf cast of 'CODA', who won best picture.

Read all the Breaking News and Entertainment News here