The three-day long PBD 2019 concluded today with conferring of Pravasi Bharatiya Samman Awards on 30 Indian diaspora members, with President Ram Nath Kovind calling them "a living bridge between India and the world."

"[I am] happy to have conferred the Pravasi Bharatiya Samman on 30 members of our diaspora. We value your committed efforts to promote India and to work for the welfare of Indian community abroad. You are a living bridge between India and the world," said President Kovind, who presided over the valedictory session which saw poignant moments of homecoming, nostalgia and reunion of many first-timers whose forefathers left the soil centuries ago.

Tomorrow all are headed to Kumbh Mela, the grandest and biggest congregation of Hindu devotees at Prayagraj and then to Republic Day in Delhi on January 26.

Special Guest and Pravasi Bharatiya Samman Awardee Mr. Himanshu Gulati from Norway delivered the acceptance speech on behalf of all the awardees at #PBD2019 pic.twitter.com/mR1ulDe2mV

Of 30 recipients, 28 are individuals and 2 are organisations comprising diaspora – Indian Community Association in Egypt and Guyana Hindu Dharmic Sabha, which got honour for their community service. All recipients are from 23 countries.

The full list of all 30 awardees is as follows: 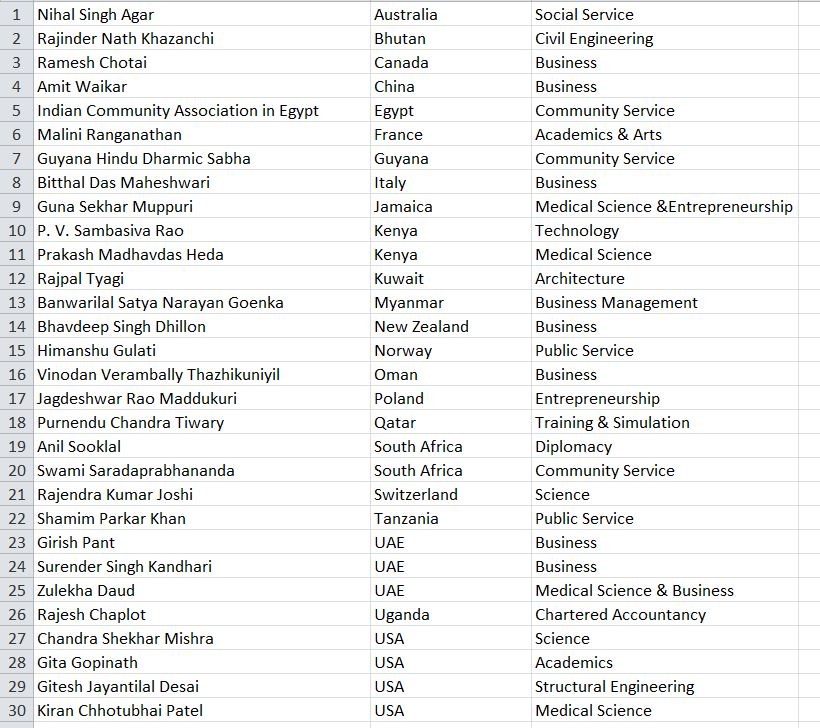 "It is a great honour here being in Varanasi and for many of us of Indian origin living abroad. I would like to thank India government and the people who have been involved that Pravasi Bhartiyas are also being honoured like this and are being involved in India's future," Gulati said in acceptance speech of the awards.

'She the Change'
Here's Dr. Sanjana Jon winner of the 'Nari Udyami Award' 2019 sharing her optimism on women power at #PBD2019 pic.twitter.com/Q1N2knonJZ

Pravasi Bharatiya Samman Award is the highest honour conferred by the President of India as a part of the Pravasi Bharatiya Divas (PBD) Conventions on a Non Resident Indian (NRI), Person of Indian Origin (PIOs) or organization or institution established and run by NRIs or PIOs, who have made significant contribution in one of the following fields:

Better understanding abroad of India; support to India’s causes and concerns in a tangible way; building closer links between India, the overseas Indian community and their country of residence; social and humanitarian causes in India or abroad; welfare of the local Indian community; Philanthropic and charitable work; eminence in one’s field or outstanding work, which has enhanced India’s prestige in the country of residence; or eminence in skills which has enhanced India’s prestige in that country (for non-professional workers). 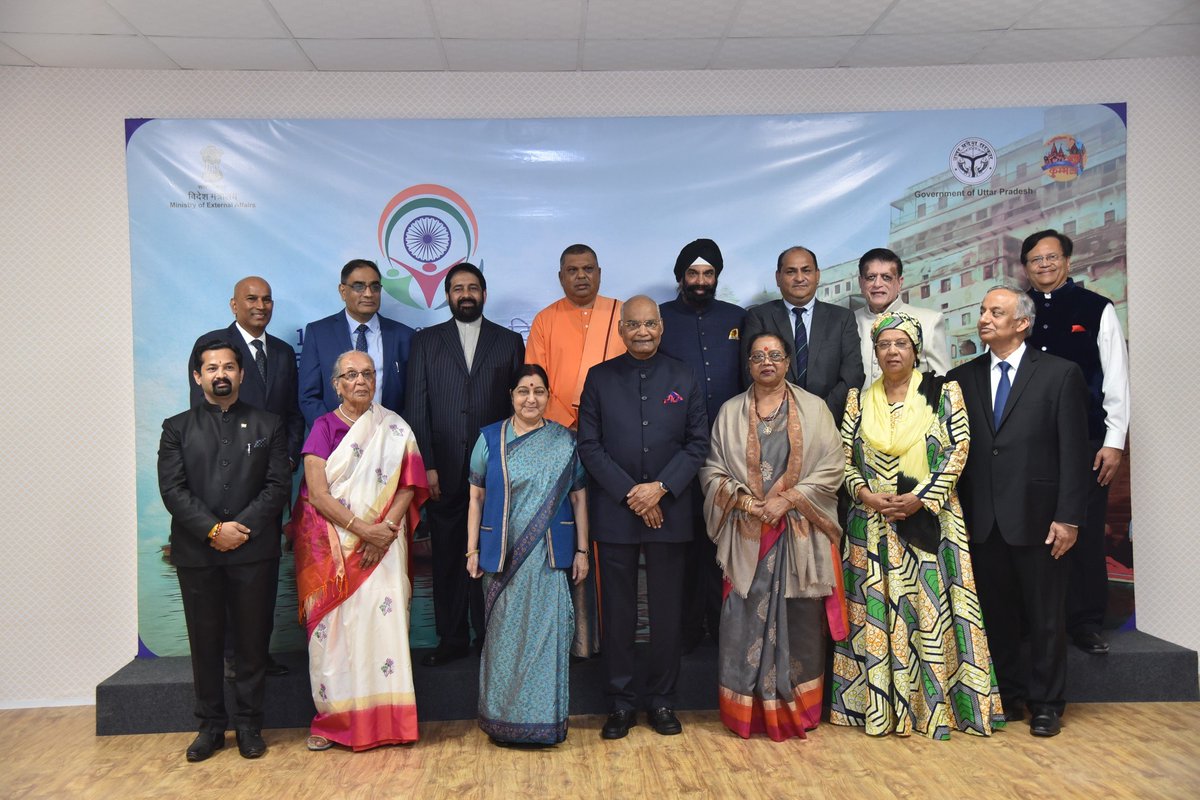 From 2003 till 2015, 15 PBSAs were awarded during the Pravasi Bharatiya Divas (PBD) Convention every year. Since 2015, PBD Convention is being held bi-annually and the number of PBSAs have been increased to 30. 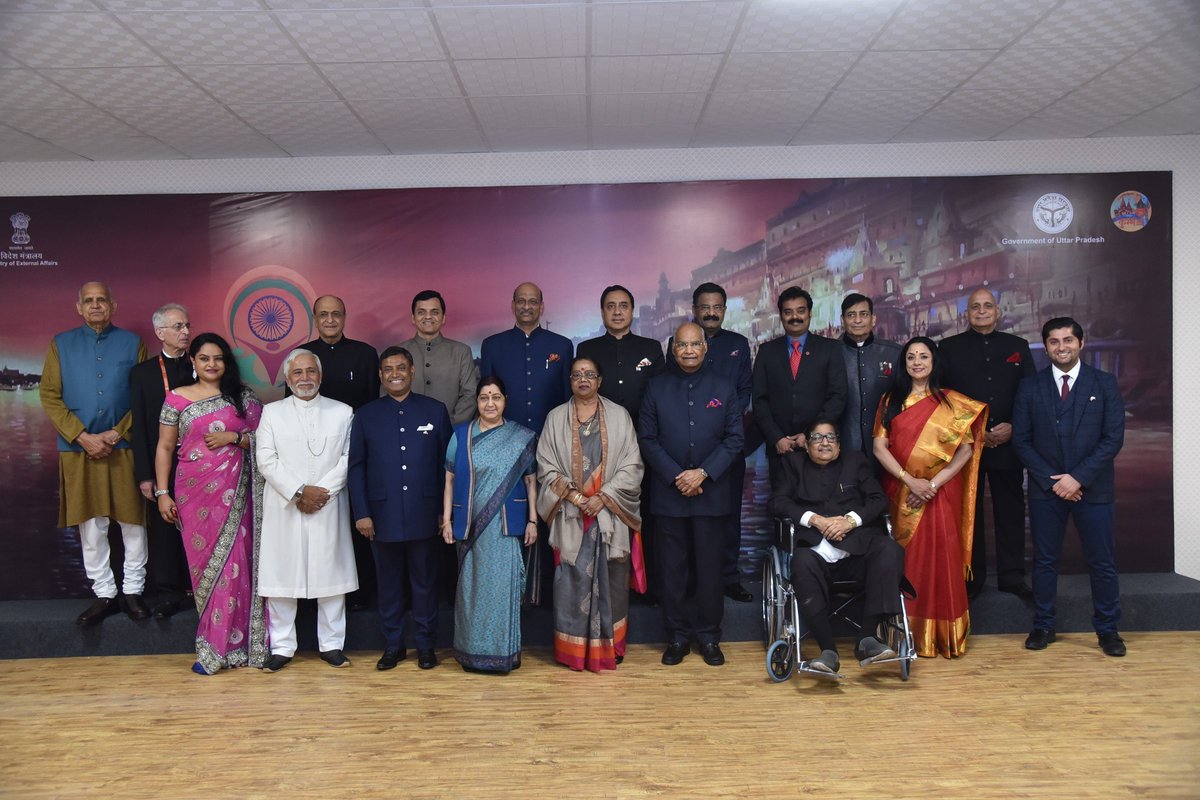 Since 2015, PBD Convention is being held bi-annually and the number of PBSAs have been increased to 30. Photo courtesy: PBD Convention

A committee of officers constituted by MEA examines the nominations received with a view to ensure their completeness & draw up a short citation on each nominee to facilitate the work of the Jury-cum-Awards-Committee. The Committee comprises Vice President of India - Chairman, Minister of External Affairs - Vice-Chairman, Principal Secretary to the Prime Minister - Member, Home Secretary - Member, Foreign Secretary - Member, five members nominated by the PM, Secretary Overseas Indian Affairs in MEA as Member Secretary. 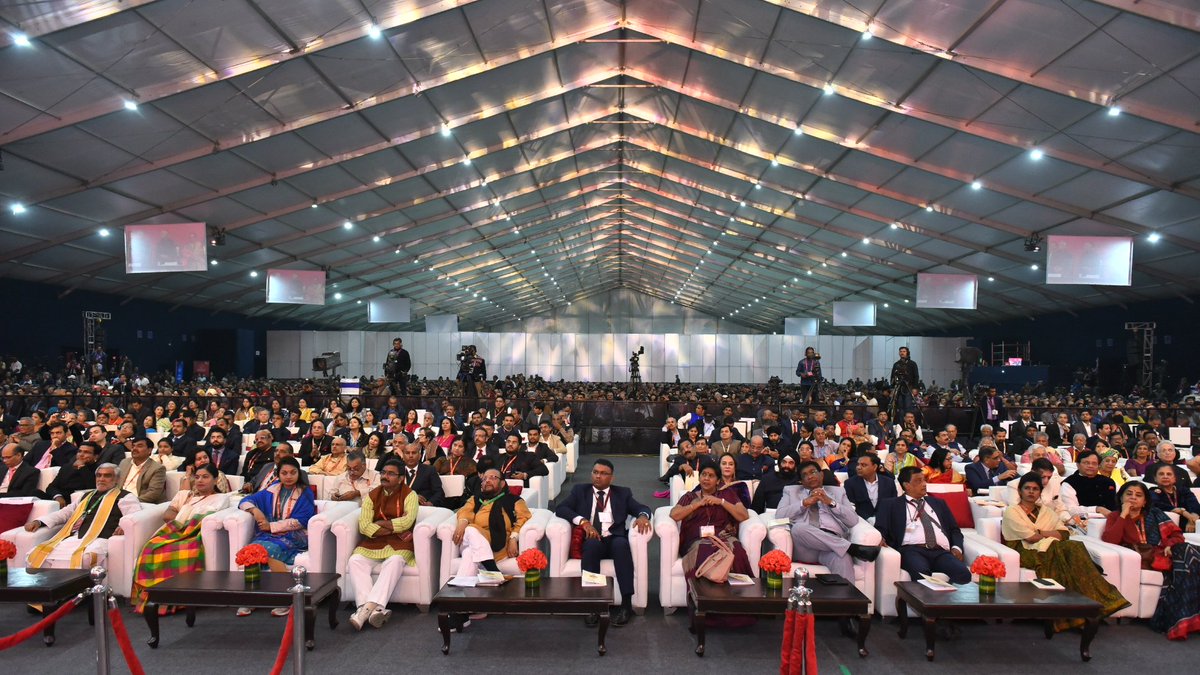 This time 30 awards have been conferred by the President on the Indian Diaspora from diverse fields, including Administration, Arts and Academics, Business and Entrepreneurship, Community and Social Service, Engineering, Medical Science, etc.