United States President Donald Trump said on Monday that he will be meeting the prime ministers of India and Pakistan very soon, while maintaining that the tension between the neighbouring countries has lessened. 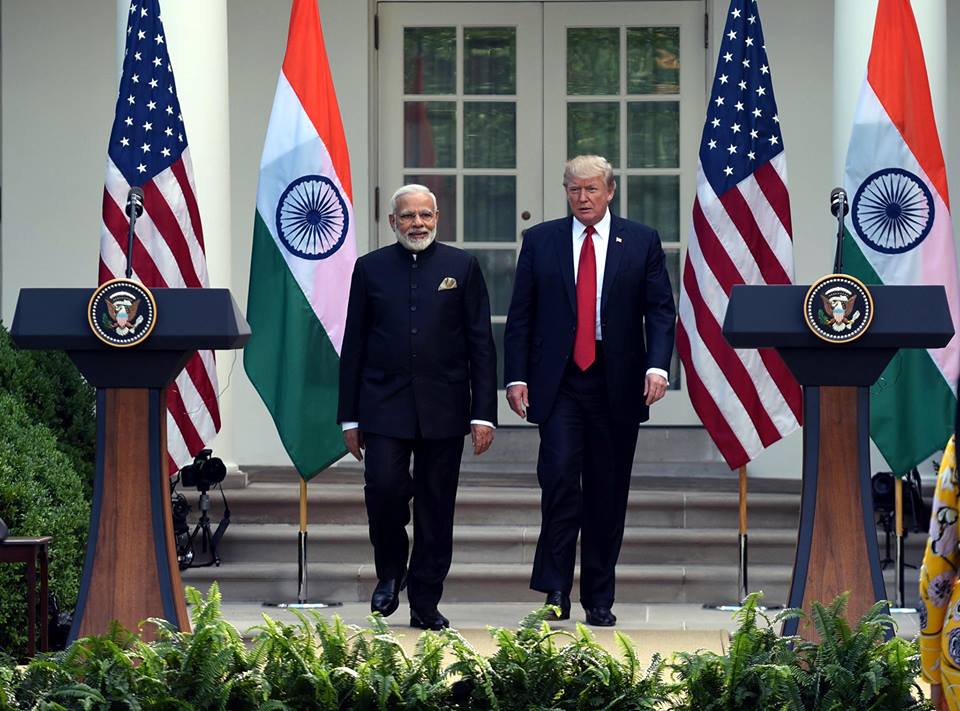 Donald Trump has said he will be meeting both the Indian and Pakistan prime ministers soon. File photo courtesy: Facebook/Narendra Modi

While Trump is scheduled to meet Indian prime minister Narendra Modi in Houston on September 22, where they will address the Indian diaspora together, it is unclear when the American President will meet Pakistan PM Imran Khan.

“I’ll see Prime Minister Modi and I will — we’ll — be meeting with (Prime Ministers of) India and Pakistan,” Trump told reporters in response to a question at the White House on Monday.

According to Trump’s schedule, he could meet the Pakistani Prime Minister on the sidelines of the UN General Assembly Session in New York later this month.

After addressing the Indian-American community at the ‘Howdy, Modi’ event in Houston, Trump is scheduled to travel to Ohio and then to New York to attend the Annual General Assembly Sessions of the United Nations.

Without mentioning Kashmir, Trump said a “lot of progress has been made in reducing tension” between India and Pakistan.

The ‘Howdy, Modi!’ event will be the first time that an American president has addressed such a large gathering of Indian-Americans at one place in the US - a move that is being seen by experts as strategic ahead of the 2020 US presidential elections in which the influential Indian-American community members are expected to play a greater role.