Pulkit Samrat, Varun Sharma, Manjot Singh, Ali Fazal and Richa Chaddha are coming again to give us a laughter ride with Fukrey Returns. The trailer is out and it’s maddening.

With its hilarious punchlines and cast’s insane comedic timing, Fukrey was undoubtedly an enjoyable film. The film which released three years back revolved around four lower middle-class Delhi-based boys who think of a rather ill-judged scheme to raise money. But end up realising that there are no shortcuts in reality. 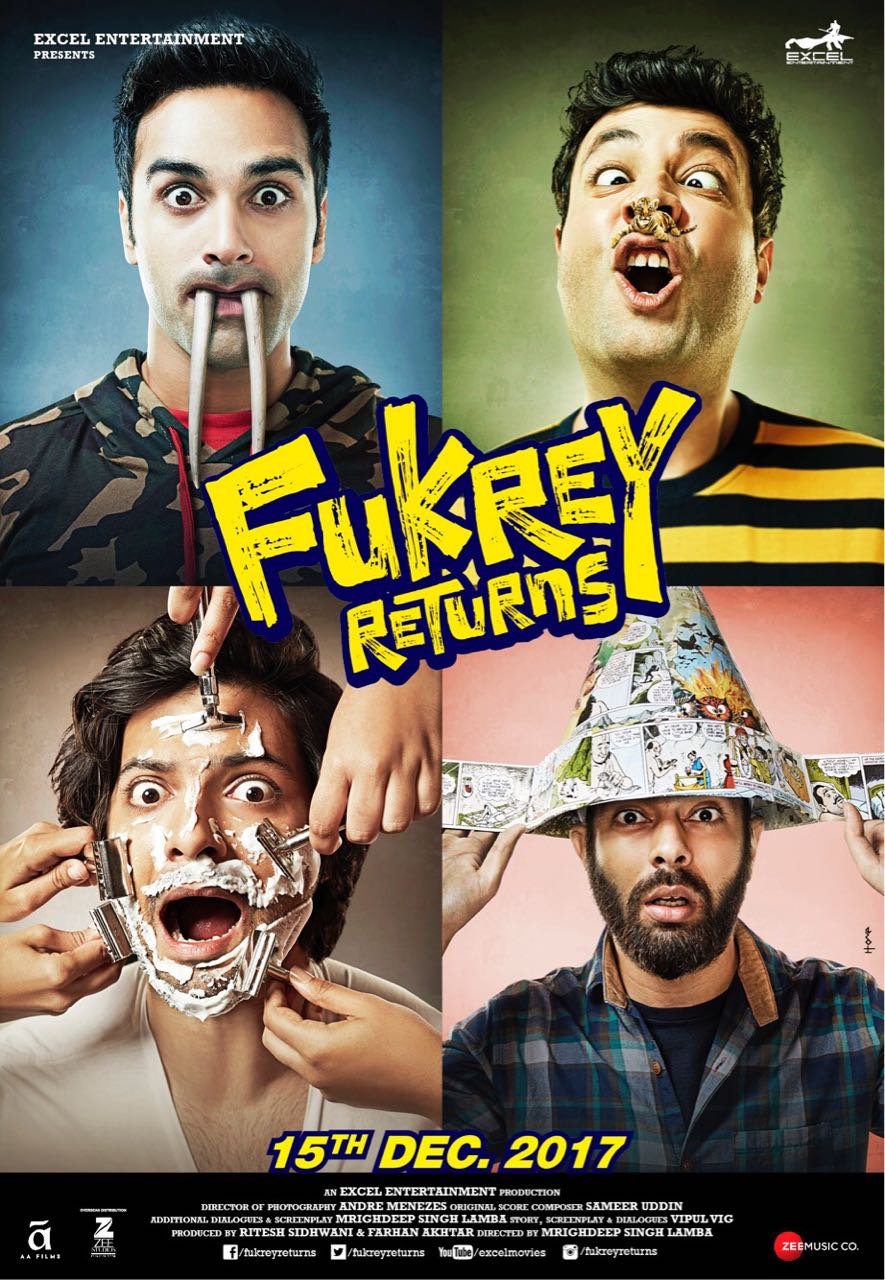 Fukrey Returns is co-produced by Farhan Akhtar and Ritesh Sidhwani under Excel Entertainment. It will release on December 15.