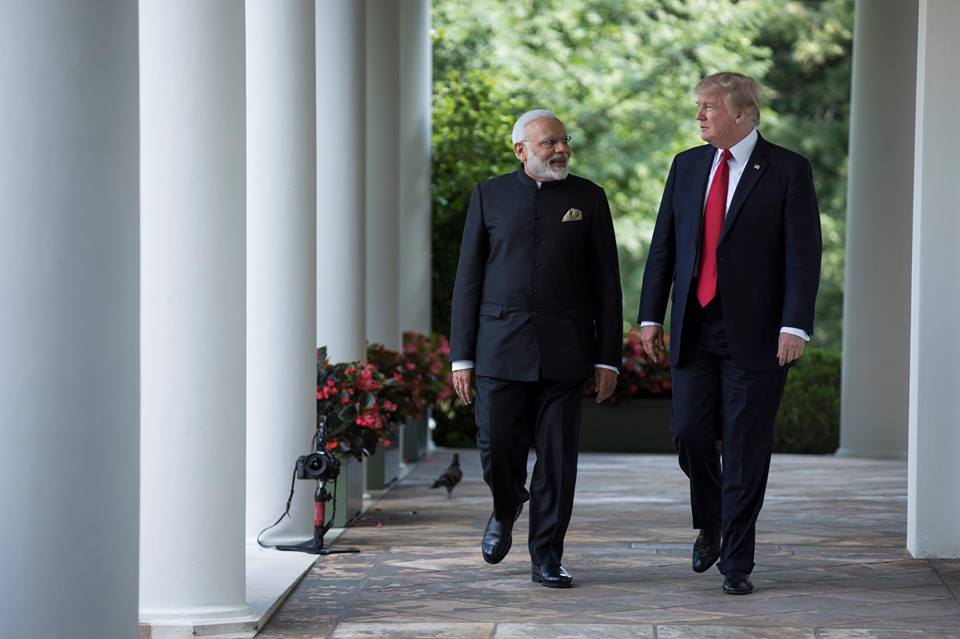 44 top lawmakers in the US have urged Donald Trump to reinstate India as a preferred trade partner. File photo courtesy: Facebook/Narendra Modi

A group of 44 top lawmakers in the United States has urged President Donald Trump to reinstate India’s status as a preferred trading partner. The bipartisan group has asked the Trump administration to return India’s designation to that of a beneficiary developing nation under the key Generalised System of Preferences (GSP) trade programme as part of a potential trade deal between the two countries.

The US government had terminated India's designation as a beneficiary developing nation under the GSP in June after disputes over trade tariffs.

The GSP is designed to promote economic development by allowing duty-free entry for thousands of products from designated beneficiary countries.

Led by Congressmen Jim Himes and Ron Estes, the letter to US Trade Representative Robert Lighthizer has been signed by 26 Democrats and 18 Republicans.

US President Donald Trump and Indian Prime Minister Narendra Modi will meet on September 22 in Houston and according to reports, the two sides hope to announce a potential deal on longstanding trade issues.