Russian forces are intensifying their shelling of Kyiv-controlled territories in the Kherson region, as Ukrainian authorities evacuated civilians to safer areas. 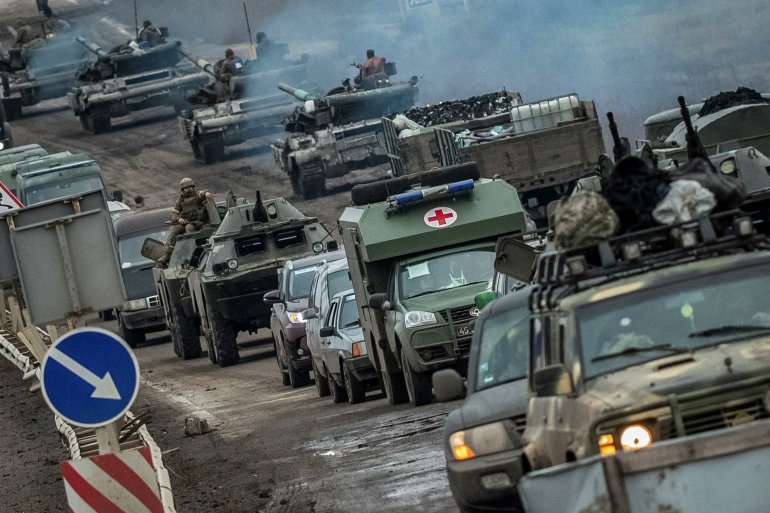 Yaroslav Yanushevych, the regional governor of Kherson, said that Russian forces shelled the region 54 times during the past day, using “terror tactics.” Moscow’s troops “purposefully hit civilians in the region,” he said.

According to the official, one resident was killed, and two more persons were injured, including a child.

Russian troops were withdrawn from the city of Kherson and other settlements on the western bank of the Dnipro river to the eastern bank two weeks ago in an attempt to avoid being cut off by the artillery of advancing Ukrainian troops.

After digging in on the eastern bank, Russian troops can shell Kherson, which had a pre-war population of about 300,000, and other settlements in the region with artillery, rocket launchers and even mortars.

During their retreat, Russian forces destroyed or seriously damaged the energy, water supply and communication infrastructure in the Kherson region, which the Ukrainian authorities have been busy fixing after the liberation.

Yanushevych said in a separate post on social media on Sunday that power workers “have done the impossible.”

“Just two weeks after the liberation of Kherson, electricity began to appear in the city,” he said.

Around 5 per cent of the city residents already had power in their homes, when Russian troops shelled the power lines that connect the city again, according to the governor.

Ihor Klymenko, chief of the National Police, said that Russian shelling has killed 32 people in the Kherson region since its liberation. “Daily Russian shelling destroys the city and kills civilians,” he wrote on social media. “Many people evacuate to find refuge in quieter regions of the state.”

The first train with 100 residents, including 26 children, who want to be relocated to safer territories of Ukraine, left Kherson last week, according to the Ministry for Reintegration of Temporarily Occupied Territories. The government promises free lodging, humanitarian aid and financial support for these people.