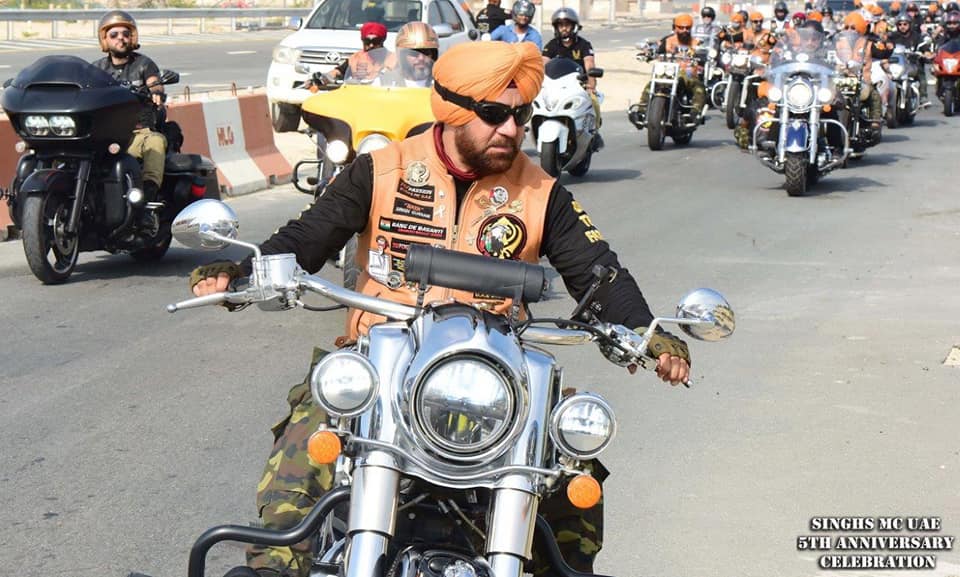 They are not a bunch of devil-may-care, burly bikers burning rubber up and down the road just to show off their eye-catching iron horses. The 50-odd true-blue members of Singh’s Motorcycle Club (SMC), indeed, do exude an undying passion for high-capacity two-wheelers but, unlike other bikies, are also bleeding-heart humanitarians.

Apart from blazing a new trail every time they go out on an exploration or fast endurance ride in and around Dubai, the jovial, eager-beaver SMC racers sporting impressive boots and leather jackets instantly turn Good Samaritans and vroom off on their swanky superbikes to the concerned venue to do their bit for various noble causes.

Donating food to down-at-heel labourers or campaigning for breast cancer awareness, SMC’s speed-loving turbanators - most members are turban-wearing Sikhs - never miss an opportunity to lend a helping hand to the have-nots.

“We have combined biking with community service”, says Gurnam Singh, who dreamed up a motorcycle club in 2014 after the first Sikh temple, or gurdwara, opened in 2012 in Dubai for UAE’s 50,000 Sikhs. 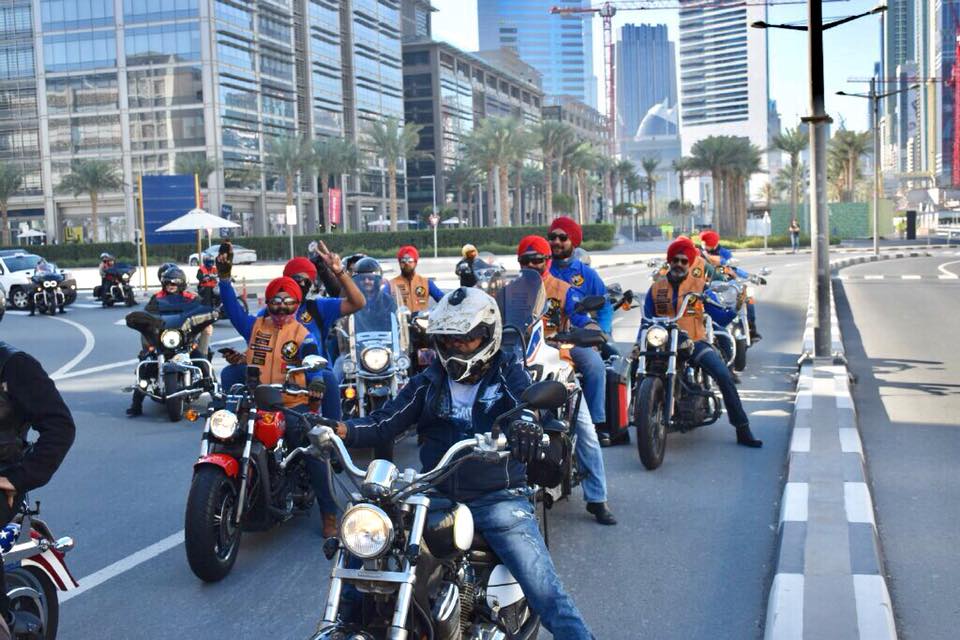 In fact, it was at this 100,000 square-feet shrine - the largest in the Gulf region - that Singh, called the ‘pillar of the community’, enrolled many of SMC’s 50 members of various ages from 18-year-olds to those on the wrong side of 50, including a few non-Sikhs.

After all, he says that the charity drive of the club is an extension of the community service initiatives of the Gurunanak Darbar Gurdwara in Dubai which is nestled beside a church and a mosque along the bylanes of Jebel Ali Village. 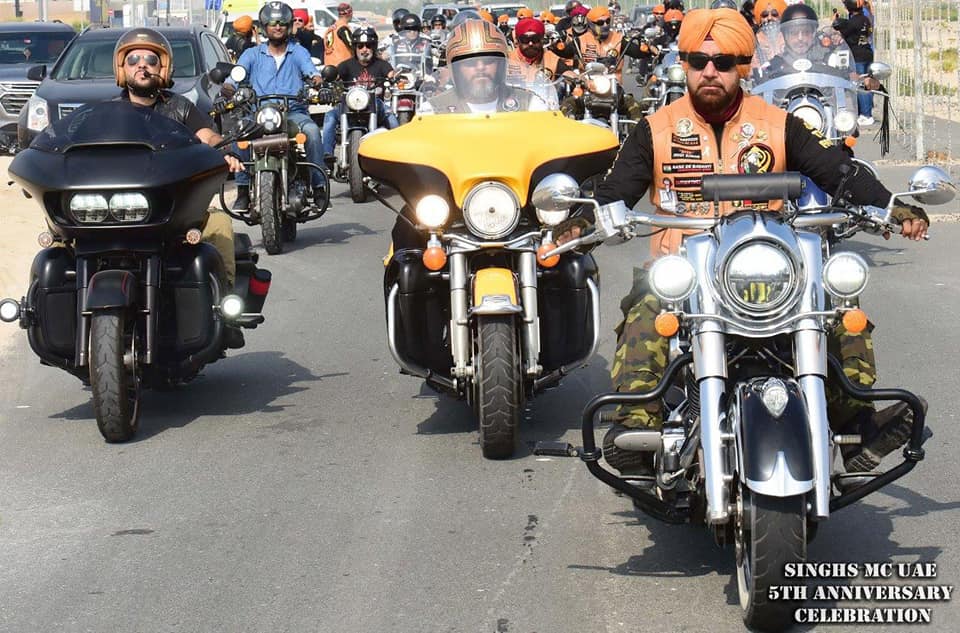 But their wondrous uniform should be seen to be believed - a bright orange turban and a leather jacket covered in badges and embroidered messages - -motivational or religious sayings and slogans that emphasise the spirit of their faith.

While ‘Deg Teg Fateh’ is a Sikh slogan in Punjabi that signifies the responsibility of providing food and protection for the needy and oppressed, one can see on their clothes Year of Tolerance badges, breast cancer awareness ribbons and sayings like ‘four wheels move the body, two wheels move the soul’ and ‘Ride together! Stay together!’

If the SMC’s slogan is ‘chad di kala’ meaning ‘always in high spirits’, its logo is a golden Khanda, the symbol of the Sikh faith, intertwined with a falcon and two feathers, each ­depicting two flags: that of India and the UAE. 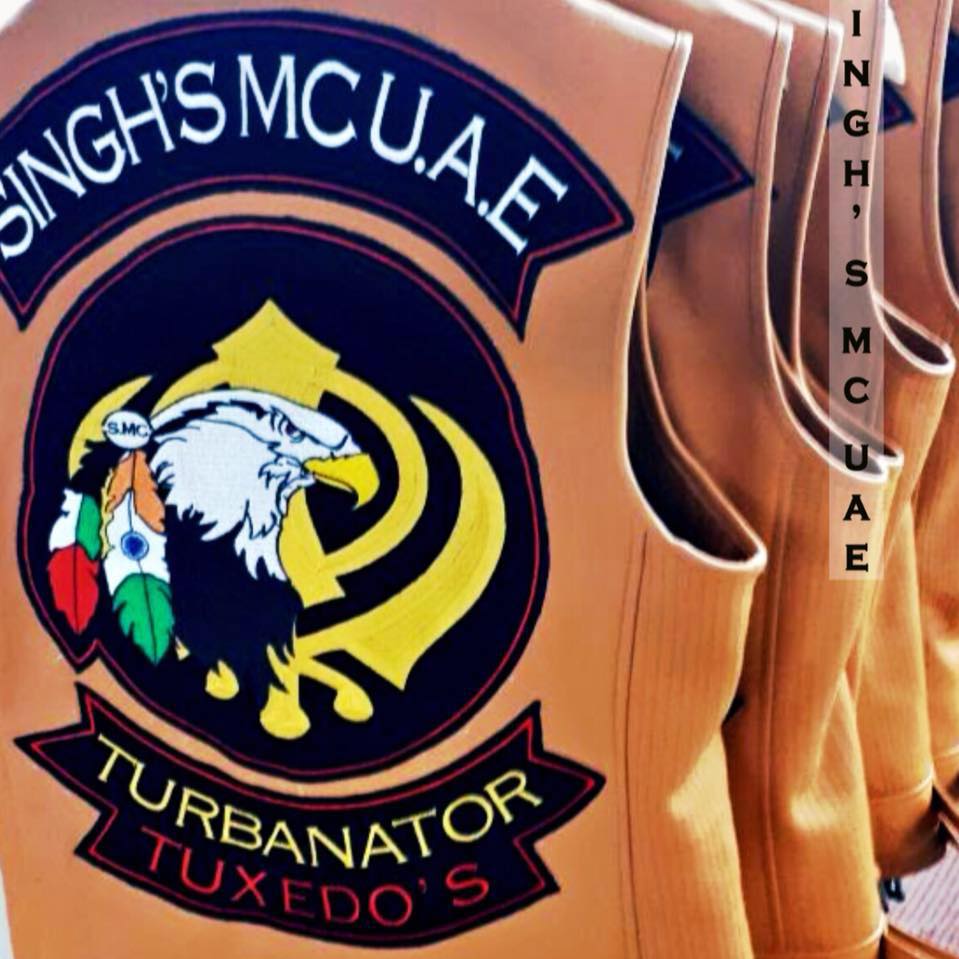 The club’s jacket has its impressive logo. Photo courtesy: Facebook

“We are so grateful to the government of the UAE that they’re supporting us,” says SMC founder Gurnam Singh. “We find a lot of freedom in this country, which is not available elsewhere in the Middle East. It’s a big gift.”

The gurdwara prayer house, which welcomes all religions and nationalities, is one of the best examples of the UAE’s religious tolerance and communal harmony what with the land for the Sikh shrine being donated by His Highness Shaikh Mohammad Bin Rashid Al Maktoum, Vice-President, Prime Minister of the UAE and Ruler of Dubai. 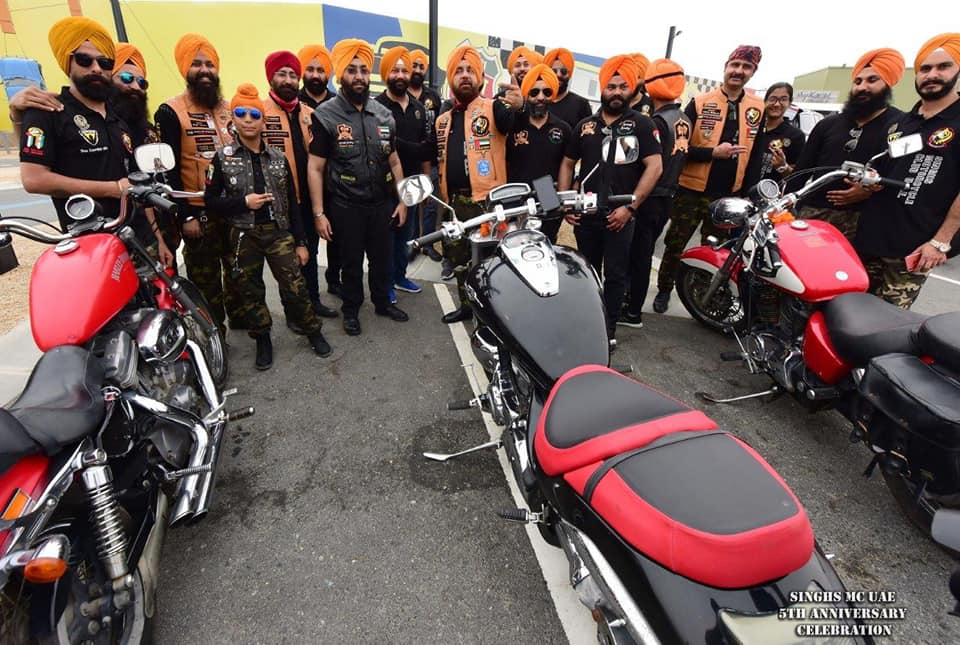 Not long ago, Gurnam Singh’s Motorcycle Club UAE, which celebrated its fifth anniversary on June 27, joined hands with the gurdwara to visit labour camps and donate some 1,000 bags containing raw food items, including grains, pulses, sugar etc.  to cash-starved labourers.

Earlier, in a show of tolerance, brotherhood and solidarity, the SMC bikers, many of whom are also part of Dubai’s Harley Davidson Club, travelled 12 km to the Pakistan Medical Centre, which serves patients of all nationalities.

“Our message is about brotherhood and we want to connect with every community,” says Gurnam Singh. “It’s not a matter of white skin, black skin or whatever it is, it’s just brotherhood. We should all love each other; there should not be any hate.”

“We are also thankful that we are made part of various community events in the UAE. We take part in parades for the National Day, the National Sports Day and the Pink Caravan Drive also,” Singh told Connected To India.

UAE Turbanators Bikers with a cause