The battle against obesity is on in the United Arab Emirates (UAE) with several health awareness campaigns and research with top-drawer foreign companies in full swing.

About 30% of the world’s population is obese or overweight, according to the World Health Organisation but the figures are more alarming in the Middle East. The prevalence of obesity in children and adolescents ranges from 5% to 14% in males and from 3% to 18% in females. 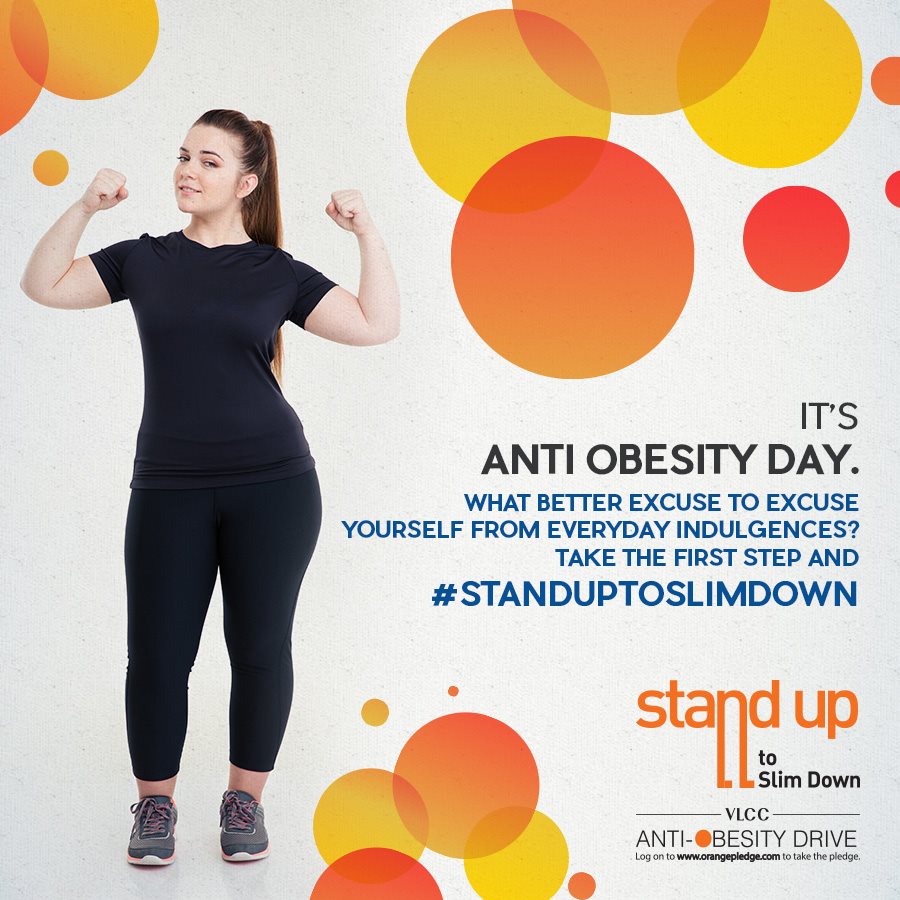 In the UAE, obesity levels among Emiratis are as high as 37% of the population. And recent studies have shown that hundreds of expats are also on the plumpish side. The region is known to have one of the highest prevalence rates of diabetes and obesity worldwide according to international reports, and rates are continuing to rise.

Thousands of young Emirati men are already overweight or obese at age 18, according to a new study. It said obesity rose so drastically that by the age of 29, only 29 per cent were in the normal body mass index (BMI) range.

Findings from a study of over 33,000 young men conducted between May 2015 and February 2017 paint a worrying picture of the state of health of young Emirati men. Over one in four of them are obese due to unhealthy dietary changes and sedentary lifestyles.

According to Dr Hamid Yahya Hussain, consultant, physician and professor at the Dubai Health Authority, obesity is one of the main problems in Dubai, especially among children. No wonder, health awareness drives are conducted time and again and Dubai schools did manage to achieve a little success in beating the bulge after introducing interventional programmes such as food labelling and physical activities.

Children in the Middle East and North Africa region have one of the top three fastest-growing obesity rates, with more than 20% of youngsters classified as obese. In the UAE, the prevalence of children carrying excess weight is double the global prevalence, with one in every three school children either overweight or obese at present. A recent analysis of 1,000 Emirati patients revealed that one in three children carried excess weight, 17% of school children were obese and 66% adults had undesirable waistlines.

Some UAE educational institutions, like the Jumeira Baccalaureate School in Dubai, are targeting the problem head-on, providing students with healthier food choices. Lunchtime offerings include a buffet of nutritious food, including vegetarian options with sugar-free ketchup and mayonnaise.

The homegrown food company, Slices, which works with vendors to feed 10,000 UAE students a day plans to take healthy eating a step further and use automation technology to track and inform parents of what their children are eating. 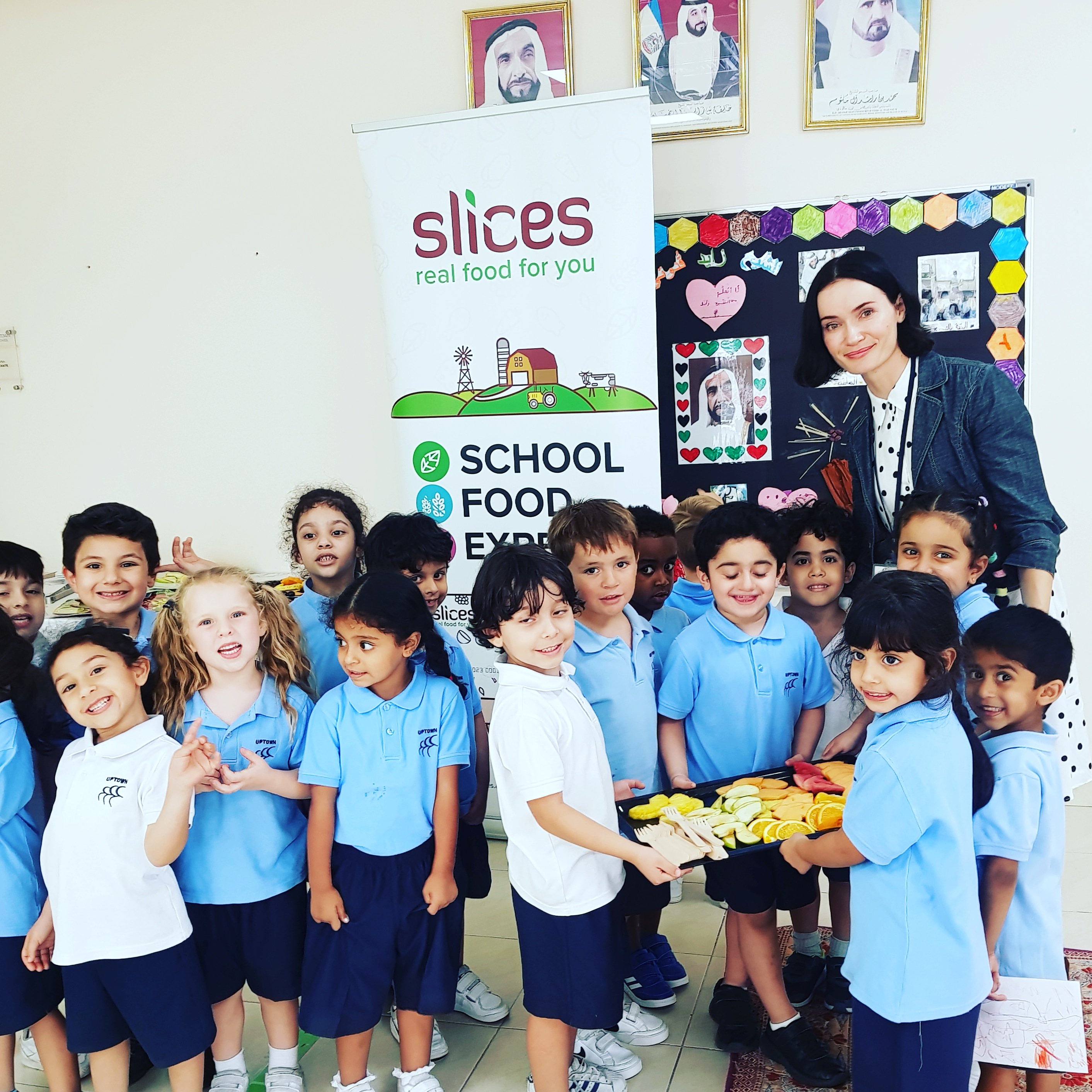 Obesity prevalence among Dubai school students declined by 1.2 per cent over the past three years, thanks to school canteen policies under which a guidance manual is issued to improve the nutritional standard of food served or sold in schools, and guidelines are followed to ensure that children have access to nutritious, safe and wholesome food during their school time.

Under the circumstances, the UAE cabinet’s decision last week to levy a 50 percent tax on sweetened beverages, sugary drinks is a step in the right direction to check obesity.

Joining the anti-obesity movement was Bareen International Hospital which has announced the launch of its inaugural Take the Stairs challenge, a social media-driven campaign designed to encourage people young and old to swap the lifts for the stairs, in a bid to boost exercise levels across the region.

The 30-day challenge will see people across the UAE forego using the lifts to reach their workplaces or homes and pledge to use the stairs instead.  Participants are also encouraged to post images of their climb alongside the #TakeTheStairs hashtag. 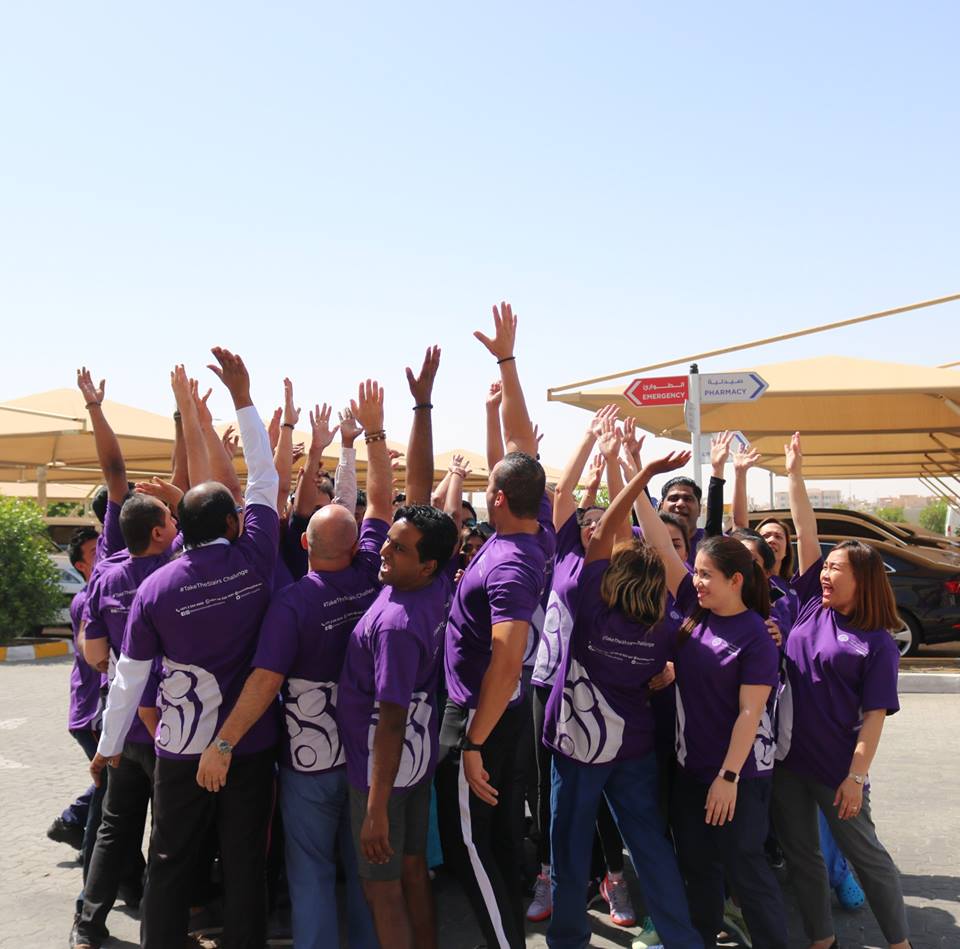 In Abu Dhabi, in order to curb the spread of obesity in the UAE, health regulators are currently discussing the implementation of front-of-pack labelling for pre-packaged foods, as well as a 20 per cent decrease in the sugar content of food products.

The initiatives are part of a 12-point strategy developed by the Abu Dhabi Department of Health to combat childhood obesity, and the hope is that the measures will be adopted across the country.

The strategy also includes targets like ensuring that children get at least an hour of physical activity every day, and measures to prevent the marketing of unhealthy foods among young people.

Even as several resorts and hotels have started offering free fitness sessions to overweight citizens, a new patient network to support people living with obesity, backed by clinicians across the Gulf and Lebanon, is being launched by the World Obesity Federation.

The World Obesity Global Patient Network is a platform for people to share their own experiences and, in doing so, support others living with obesity to manage weight loss and live a healthy, active lifestyle. This programme marks our first initiative in the Middle East region. https://t.co/C3mQ24wzt5

Designed to raise awareness of the multiple causes of obesity and provide access to information about healthier lifestyle choices, treatment options and ongoing management, the programme marks World Obesity’s first major initiative in the region.

The patient network is an opportunity for people to share their own experiences and, in doing so, support other people living with obesity to manage weight loss and live a healthy, active lifestyle.

With UK medics working with Abu Dhabi researchers on new weight-loss injections and experts at various fora explaining options available for those desperate to shed weight, the UAE is surely making frantic efforts to tackle the scourge of obesity.