The dilemmas and rich inner worlds of women; an art exhibition by Rajul Mehta

The women of today are under constant scrutiny by the media and society. The social pressure that they carry around is building up slowly, but surely – yet they have been taught, and have learnt to contain it.

Rajul Mehta’s art exhibition, titled “Don’t Pressure Me,” offers a splash of colour and insight in to the rich inner worlds of a series of dominant female figures who act in powerful and influential ways within their environment. They have managed, in one way or another, to be able to challenge traditional conventions, and emerged as confident, modern and liberated. But at the same time, the chains of traditional culture and a gender-constructed society are not entirely gone. 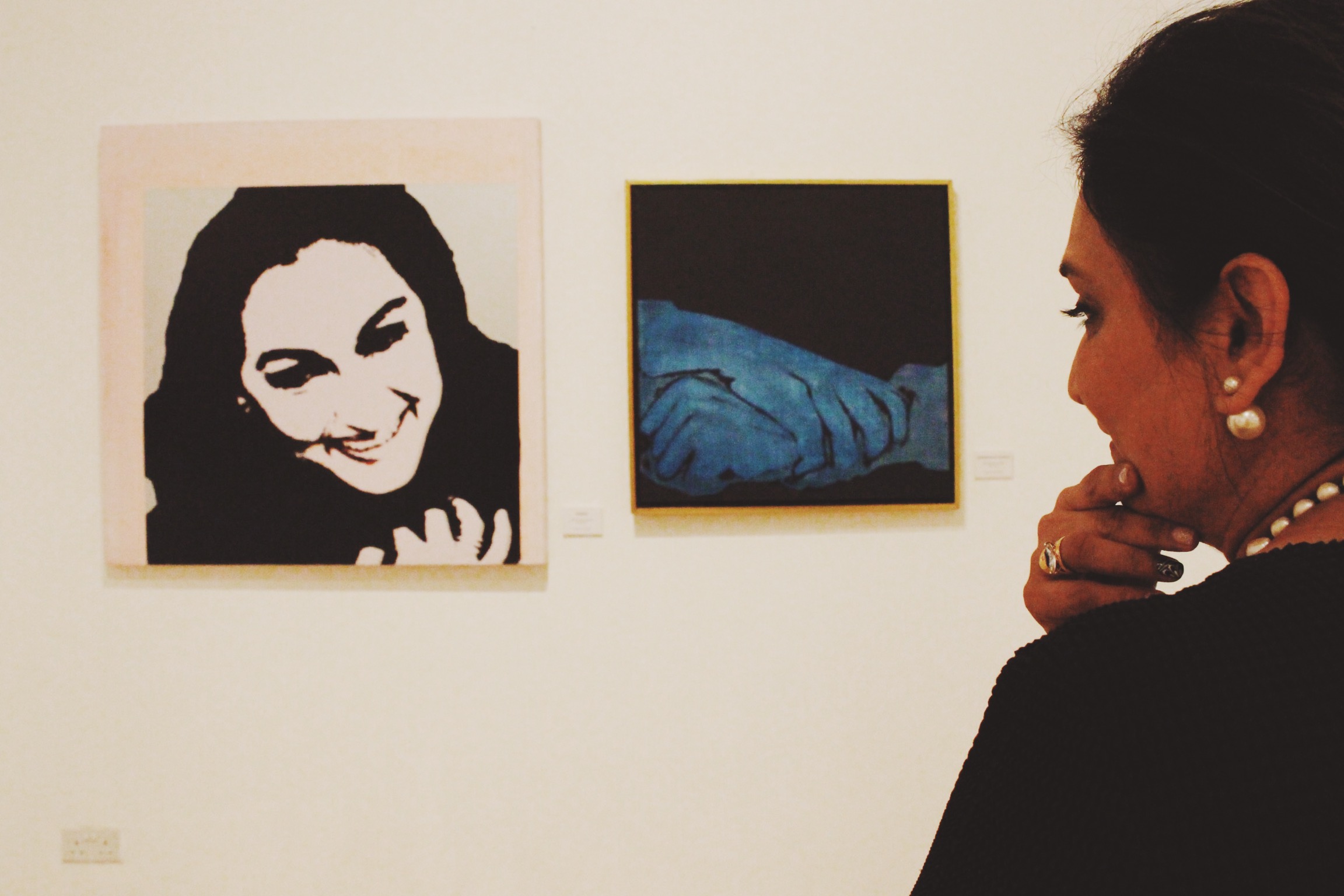 Don’t Pressure Me showcases this endless dilemma – that “although most of the women in Mehta’s exhibition are not under pressure by men trying to determine their lives and future, they are solely responsible for their actions, businesses, entrepreneurship, and choices.”

The artworks bring this dilemma alive, and the result is captivating because of the way it is relatable even if you are not a woman. It speaks boldly of gender, but goes beyond gender divisions, and engages a very fundamental part of humanity that enables us to understand the people walking alongside us on this journey called life. 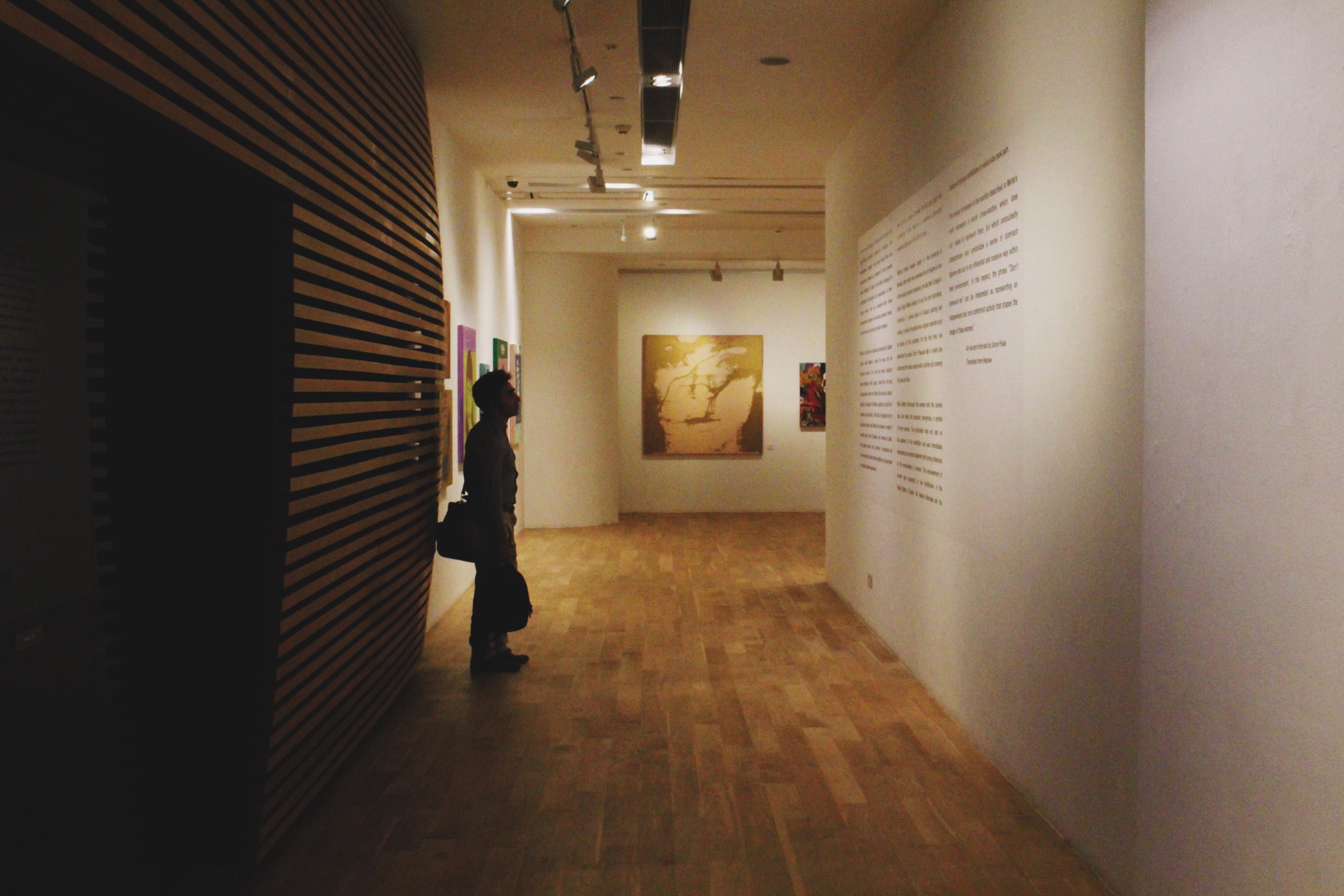 Born in India, Mehta has gone on to live, study, and created in the West. Her style of the paintings is a seamless blend of Eastern and Western art. Mehta’s paintings drew inspirations from Impressionism, Renaissance, and even American pop style. Yet her bold colour palettes had a deep earthy undertone to it, and her subjects celebrate and communicate the Indian chakra traditions in a modern expression. These vivid hues are a compass, showing the world all the richness that India has to offer, and always pointing her towards home. 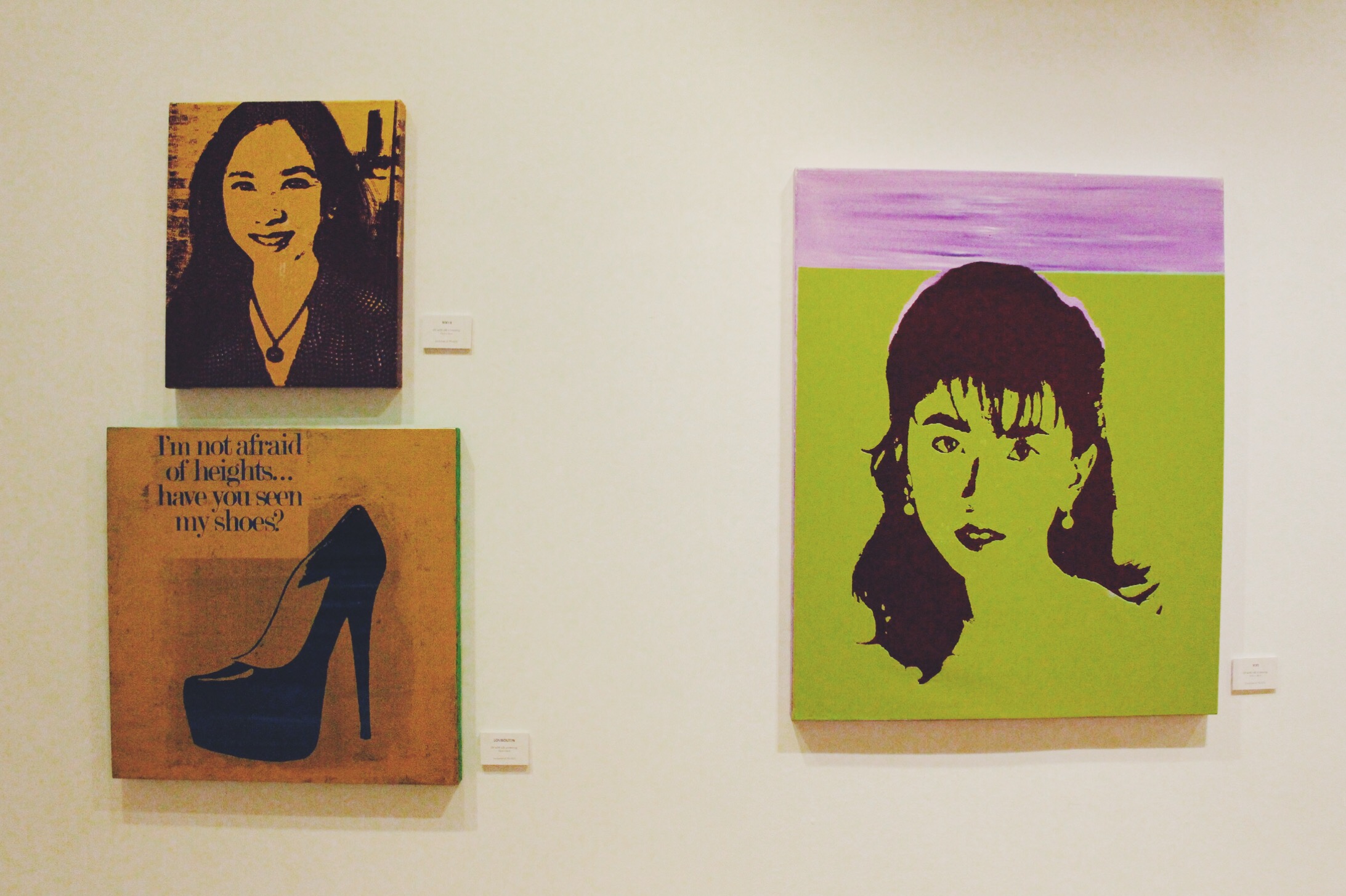 Yiyi is a petite girl. She wears really high heels to look taller, but that’s not just about the height – due to the fact that she works in a male-dominated environment, this lessening of height difference that high heels brings, helps her to assert her authority. 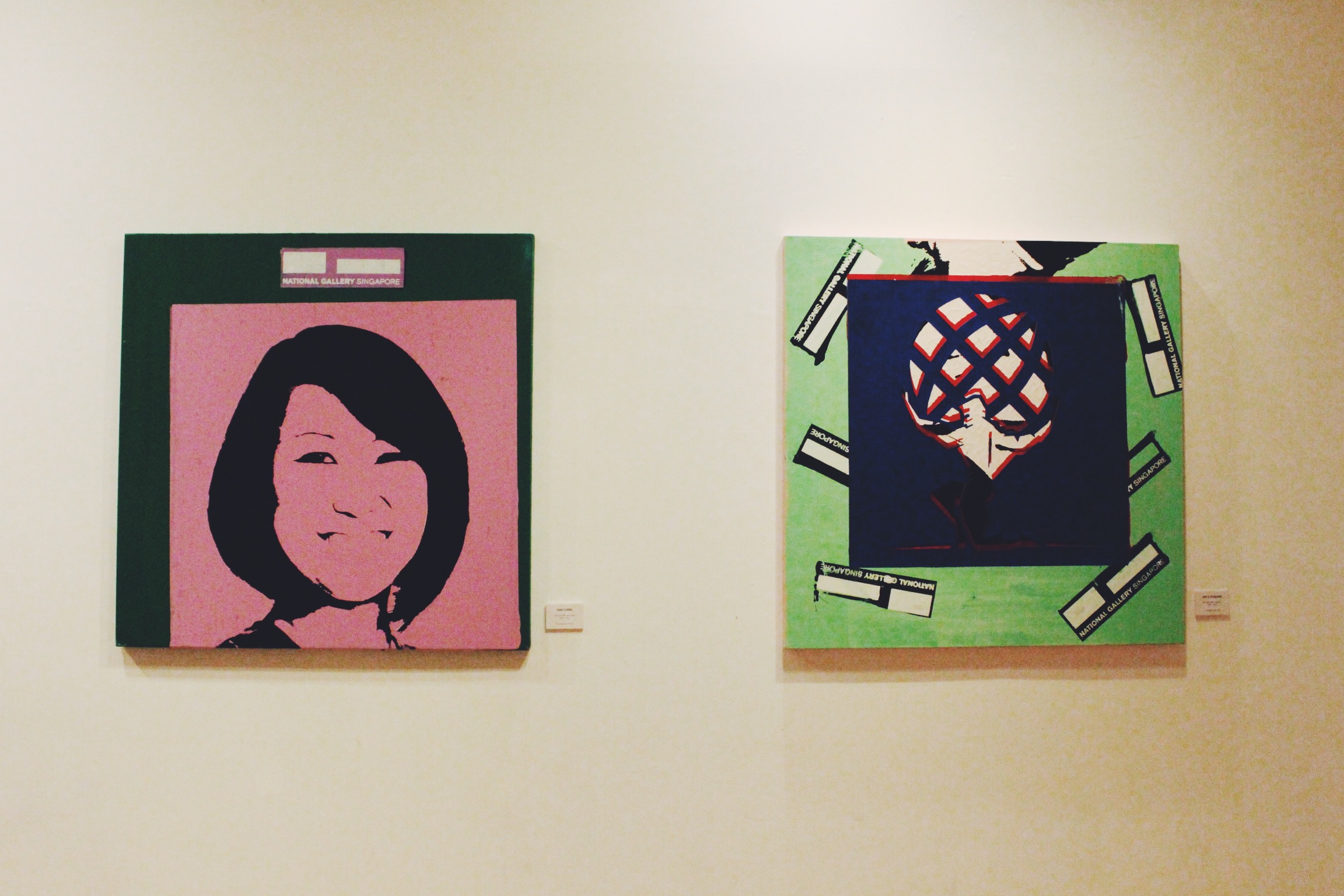 In a pragmatic society like Singapore – whereby the focus still lies largely on STEM (science, technology, engineering, math) subjects – being the Chief Executive Officer of Singapore’s National Gallery is a huge responsibility. What would it mean, to have to shoulder the entire weight that comes with the word “national”? 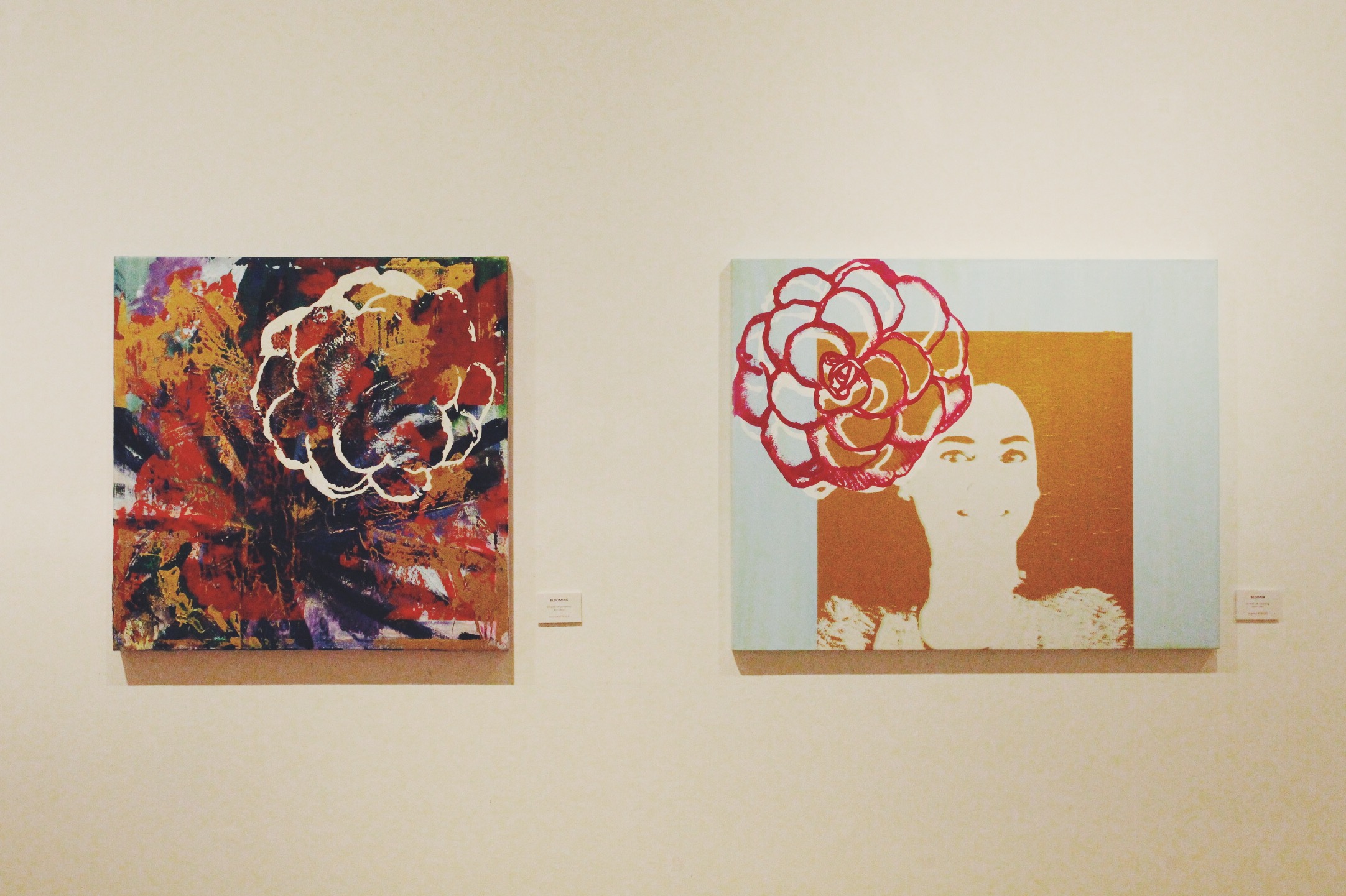 Begonias are hardy flowers and bloom well with minimum care – all they require are a little sun, some patience, and a lot of love. Mehta used this flower to symbolise Begonia Valero, who is positive on life and needs little to feel good about herself. Like the flower which is her namesake, she takes all changes in stride. 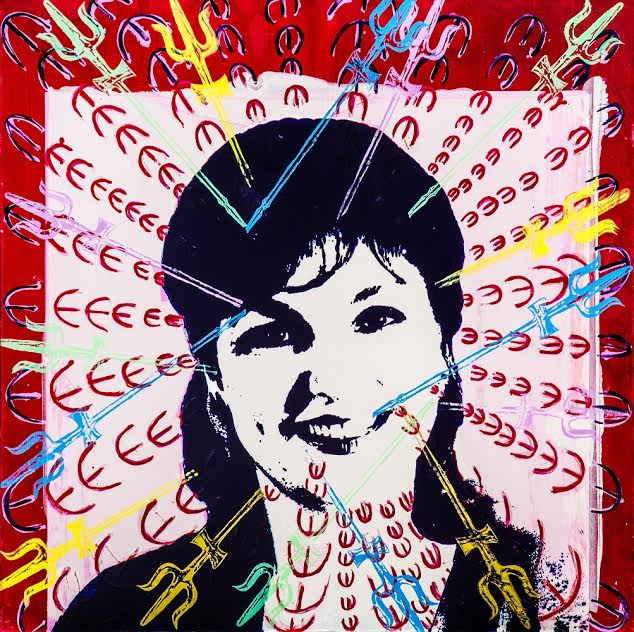 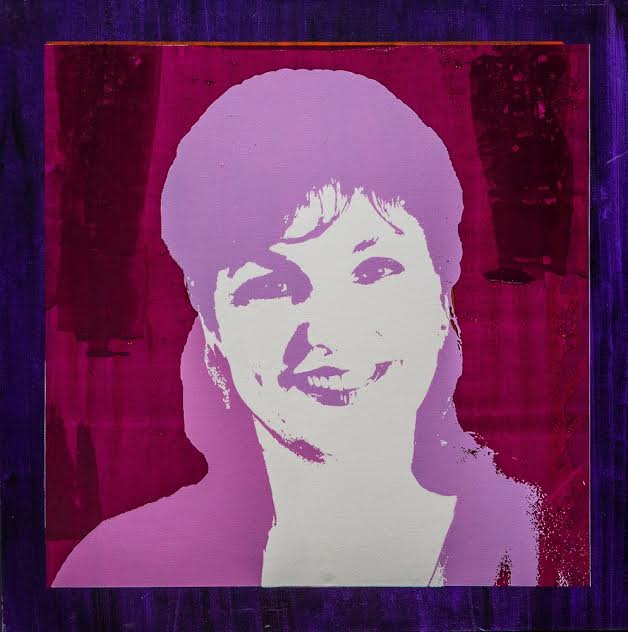 President and Chief Operating Officer of Coffee Bean Michelle Sasson is a successful businesswoman, and at the same time the priestess of cultural performances. A mother of five children, Sasson doesn’t cut corners at home with her family and yet invests heavily in her work. Her portrait includes a spectacular sketch based on the letter “S” in Hebrew (ש)‎ which is a component of her name Sasson. The similarity between the letter “S” and the Indian Trishul is of great importance as both symbolise the three general dimensions of a human being.

Rajul Mehta’s exhibition will be held at ION Art Gallery from April 19-23. Admission is free.