Stressed Indian companies may get a boost from Singapore

Ashraf was addressing around 200 investors and business leaders at a conference on India’s Insolvency and Bankruptcy Code (IBC), and long-term impact on India's stressed assets, which some estimates value at USD 250 billion in the banking sector. 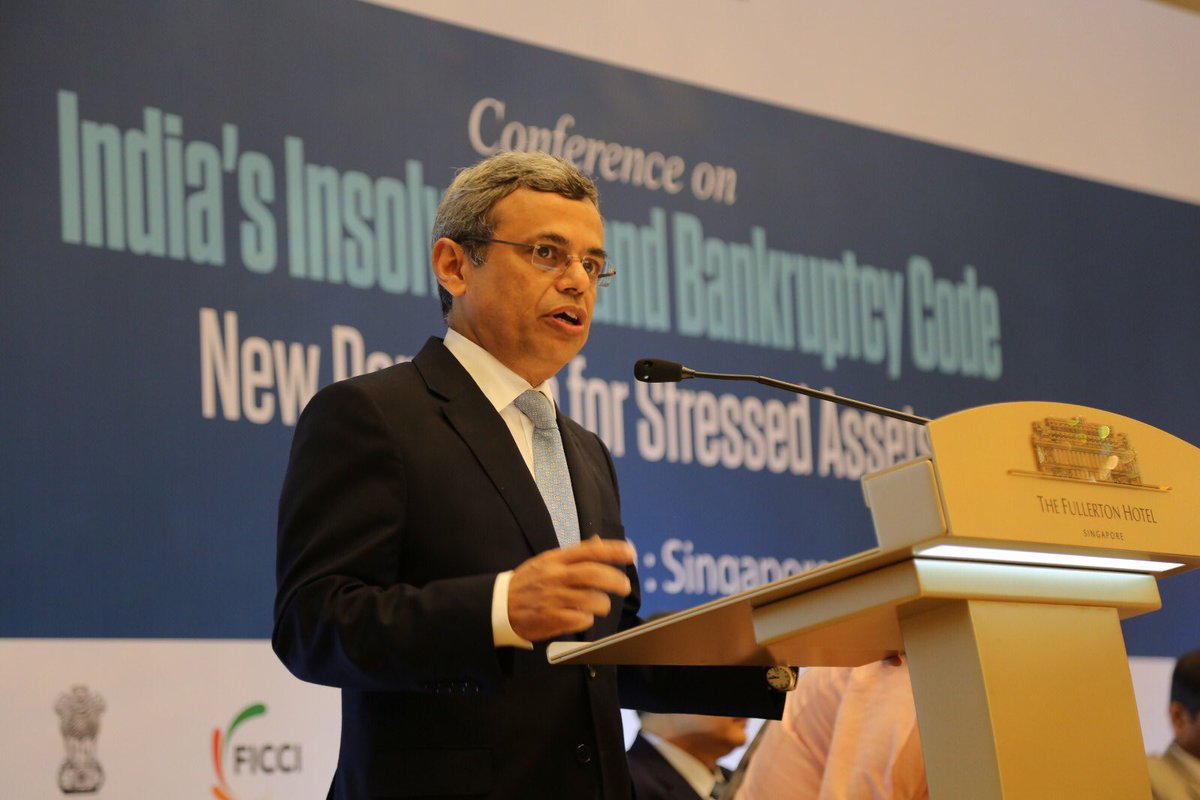 High Commissioner of India, Singapore, HE Jawed Ashraf speaking at the IBC conference at the Fullerton Hotel in Singapore yesterday. Photo courtesy: Twitter/@IndiainSingapor

“A large part of Singapore's investment from Singapore's government-linked funds and private equity funds in India has been in existing or mature assets, and we see a huge potential for investments in stressed assets, as many are viable companies that have had management issues that forced them into a situation that triggered process for resolution under the Insolvency and Bankruptcy Code,” Ashraf said.

The framework for foreign investors to participate in stressed assets has been provided by the IBC, pointed out Sunil Sanghai, Chairman of the National Committee on Capital Markets in the Federation of Indian Chambers of Commerce and Industry. Sanghai said, “There is a proper and very structured regulatory framework which has been put in place, which is not only helping assets to get restructured but also investors to take investment decision for participating in the stressed assets.”

This was echoed by the Indian High Commissioner to Singapore, who emphasised the key provisions and benefits of the IBC, saying that many of the assets would be available at attractive prices and the process of resolution would be very quick, averaging about 300 days per case.