SRK’s Harry breaks the fourth wall to meet his fans; will he come to your city?

Do you want superstar Shahrukh Khan to land in your city? Well, his latest alterego Harjinder Singh aka Harry is all set to arrive in New York, London, Singapore or maybe his personal favourite city of Dubai (but it’s more likely to be an Indian city) as part of the latest promo campaign for his new film.

Red Chillies Entertainment launched the latest ad in their viral campaign for the SRK-Anushka Verma starrer Jab Harry Met Sejal today, after releasing the first-look poster last week. The commercial starts with SRK walking into frame to an old-fashioned microphone in a room with a bunch of awards statuettes on shelves in the background. The buzz generated was amplified after the announcement was made that no traditional trailer for the film would be released.

He sings along to Punjabi singer Jasbir Jassi’s classic hit Dil Lai Gayee, and after singing alon to the chorus Dil lai gayee kudi Gujarat di (oddly appropriate as the film has cast Anushka Sharma’s Sejal as of Gujarati-origin), breaks the fourth wall and introduces himself as the film’s protagonist Harjinder Singh Nehra aka Harry. After saying he wanted to be a singer so he ran away to Canada and recounting the spark between him and Sejal, he expresses his interest in travelling to a city with the most number of women named Sejal, and invites viewers to call and tell him which city that is. The subtitle encourages fans to give a missed call to 080306472224 to invite SRK to their city. 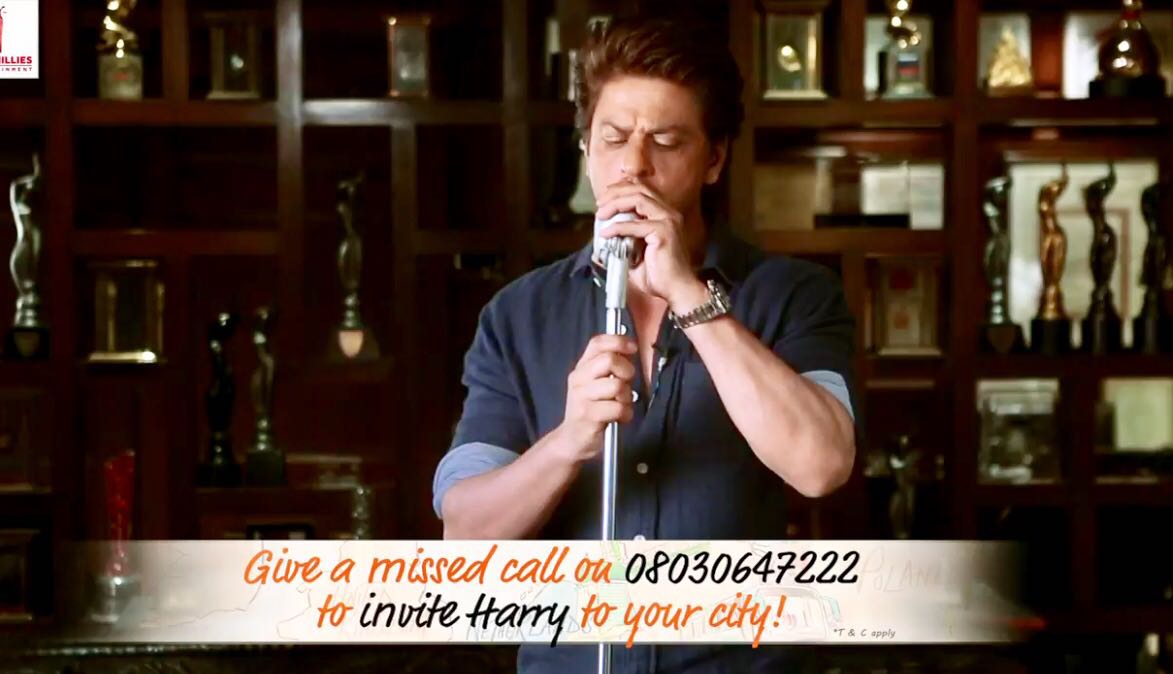 A still from the ad. Photo courtesy: Red Chillies

Whether Harry will come to your city or not, this first promo released by Red Chillies has already blown up on social media with the #HarryseekingSejal and fans of SRK retweeting and posting the links crazily. It is part of the promo campaign for the film, with another trailer and a poster set to be released today as well. 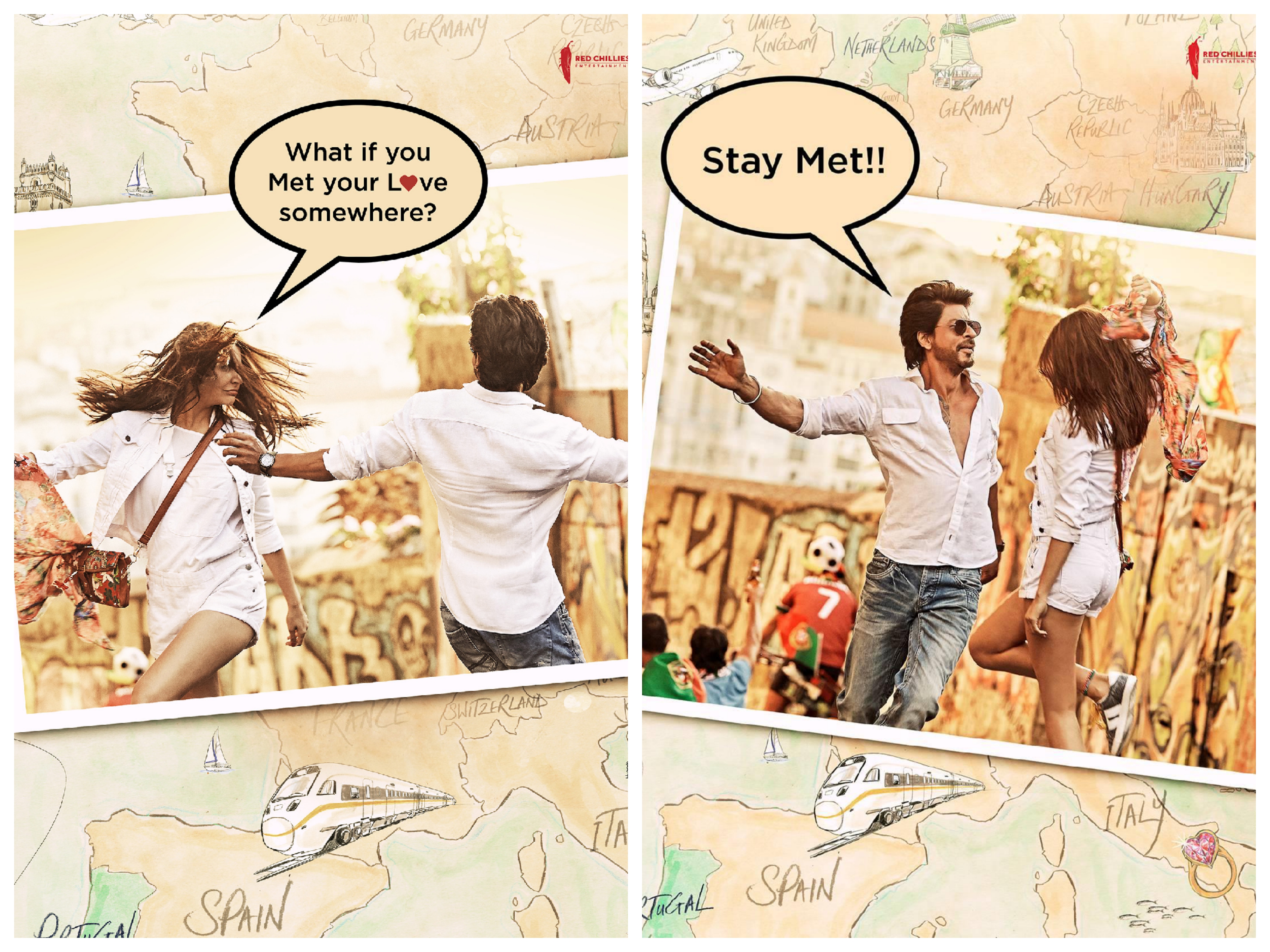