Highlighting their dominance over the past few years, six Indian-origin students are among the eight participants who won the prestigious Scripps National Spelling Bee 2019 after defeating over 550 other contestants in an unprecedented competition in the US. 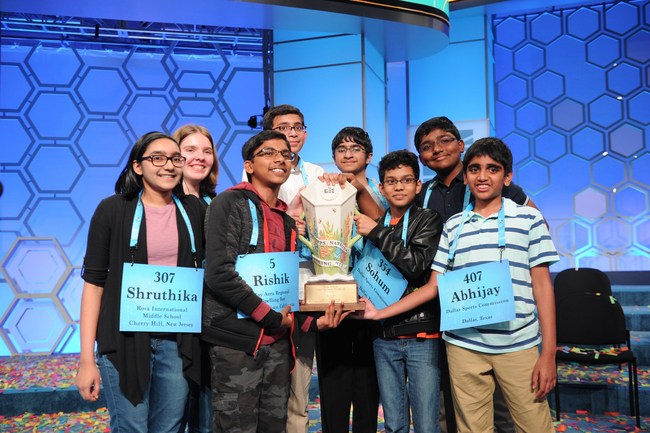 It is the first time in the 94-year history of the competition that more than two co-champions have been named.

The competition, broadcast nationally on ESPN, took place at the Gaylord National Resort in National Harbor, Maryland. The 562 contestants ranged in age from 7 to 14 and came from across the US and several other countries, including Canada, Ghana and Jamaica.