Chardi Kala, a term from Sikhism meant to describe the constant striving for eternal optimism and joy, can be used to describe Hernaikh Singh, the President of Singapore Khalsa Association (SKA).

The former founding president of Young Sikh Association (Singapore) [YSA], which has also transformed into a highly active and dynamic organisation, is full of ideas on making SKA a more engaging establishment, together with his Management Committee members.

Hernaikh dons many hats. Besides being the President of SKA, he is also Senior Associate Director of the Institute of South Asian Studies (ISAS) at the National University of Singapore (NUS). Photo: Connected to India

“SKA is a unique institution. Besides the immediate membership, we serve the wider Sikh community and Singaporean society,” asserts Hernaikh who is also the Senior Associate Director of the Institute of South Asian Studies (ISAS), National University of Singapore (NUS).

The association has played a pivotal role in shaping the identity of the Singaporean Sikhs amidst the multicultural and multiracial mosaic of the island country.

SKA boasts of having about 1,700 life members and a further 300 plus associate life and sports members. It is currently focussing on expanding the scope of the membership and increasing the number. 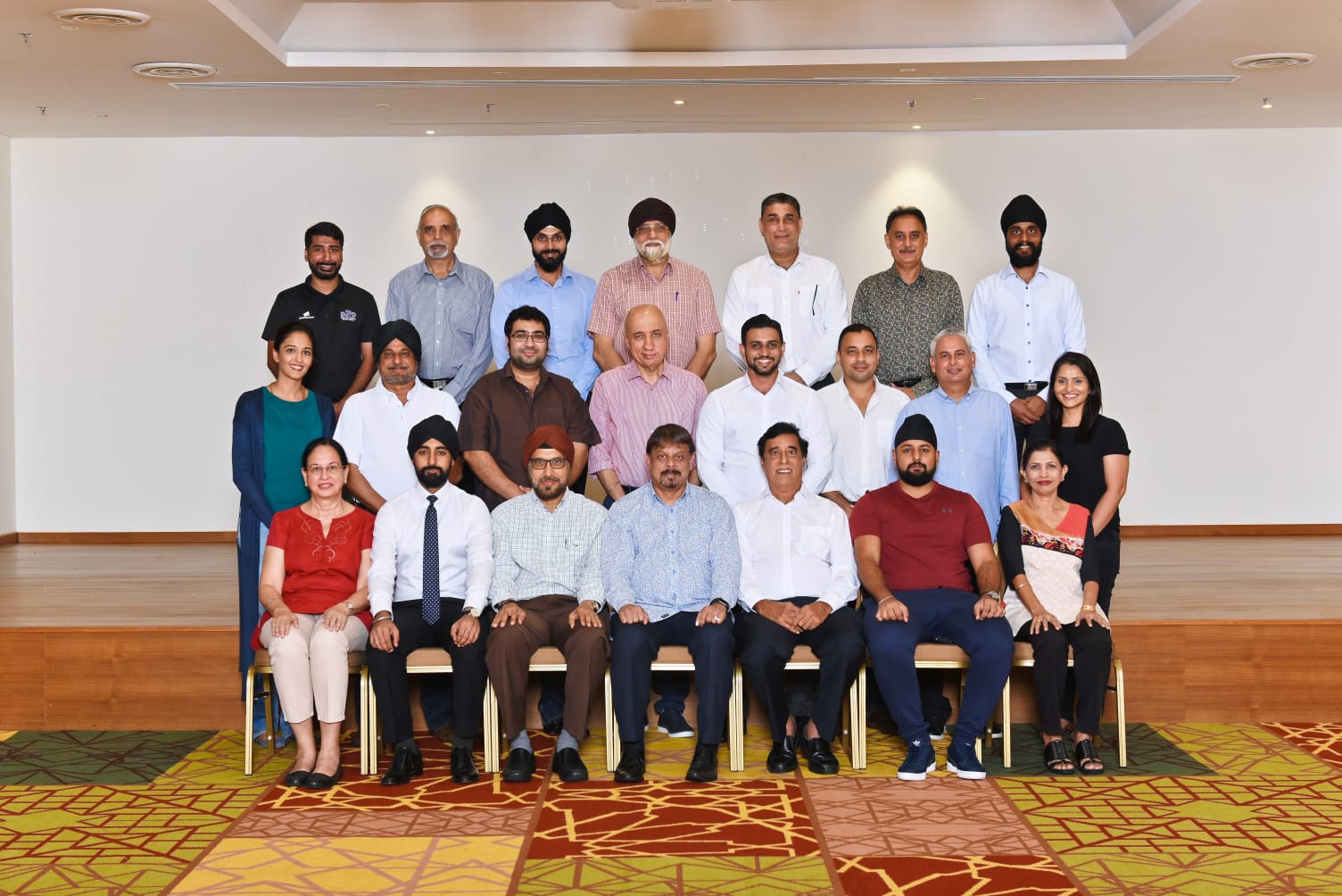 Hernaikh (fourth from left sitting in front row) along with the members of SKA Management Committee. Photo courtesy: SKA

“We are currently reaching out to the younger people comprising Sikh Singaporeans, Singaporeans, NRIs, and the Indian diaspora. About four new membes have joined the group each month in the last nine months,” adds Hernaikh.

SKA is involved in many social and cultural activities throughout the year. The key objective of the cultural section is to focus and maintain a sense of cultural identity amongst Singaporean Sikhs and to remind younger Sikhs of their rich and diverse culture. In line with the need to develop community bonding in Singapore, SKA’s cultural troupe takes part in performances at community and social functions. 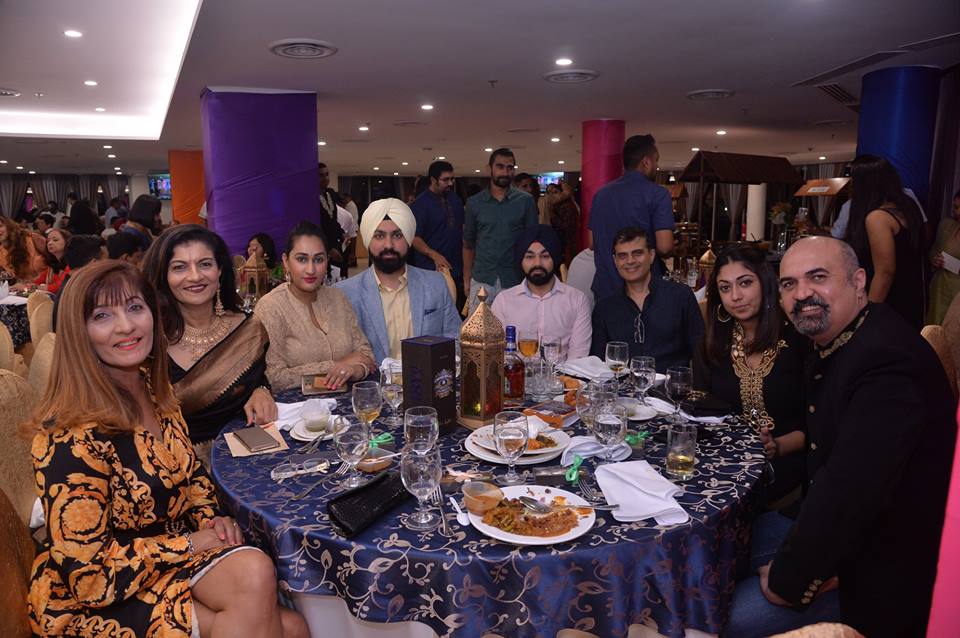 Members of SKA enjoying dinner on the occasion of Diwali. Photo courtesy: SKA

Several events have been planned in 2019, including dhol classes, Vesakhi Mela, Disco Di Raat and Diwali Night on important dates of Indian festivals.

Sports is one of the important segments of SKA's activities as the country itself promotes sports, health, and fitness. It organises several sports events in Singapore as well as in neighbouring countries, including golf, hockey, football, netball and other games. SKA's golf and hockey tournaments are quite popular in Singapore and other countries. 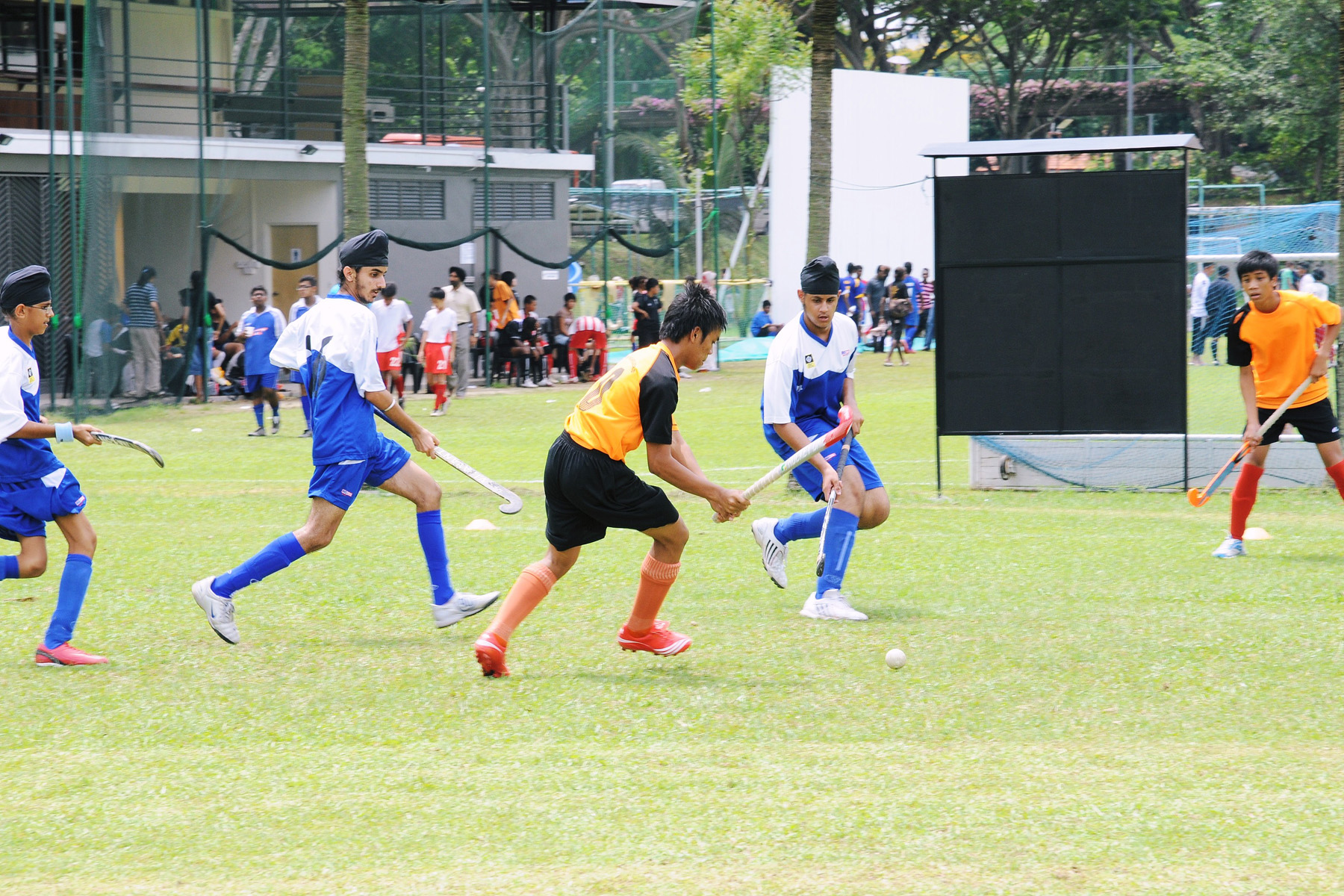 Several sports events have been planned in 2019. 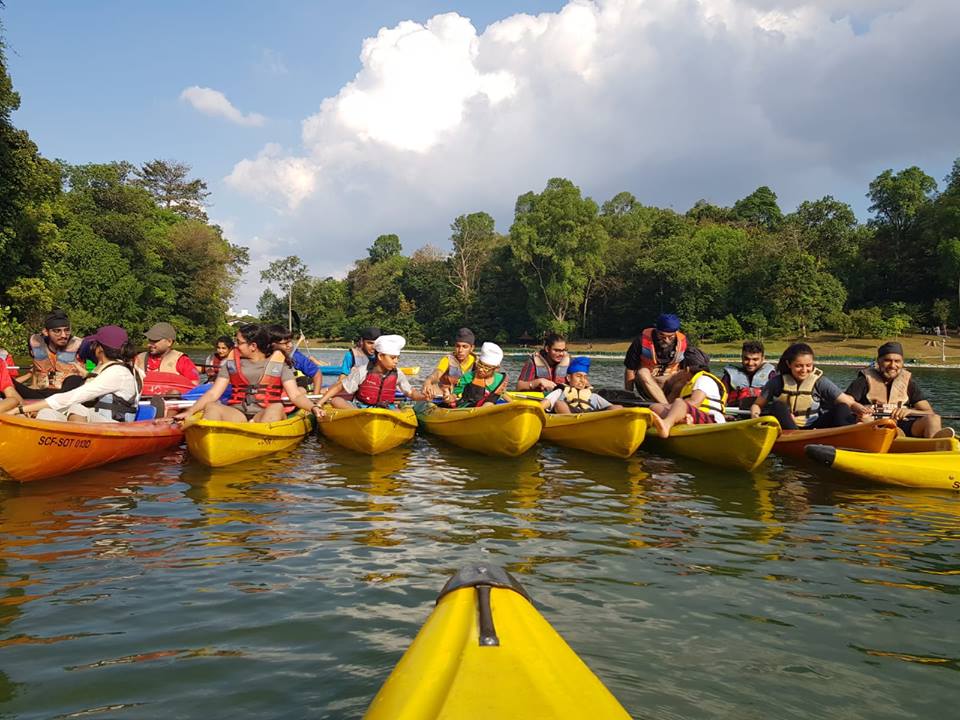 The Vesakhi Games carnival will be organised on April 13 and 14, 2019. The association will also organise a Diwali Cup involving football teams from the Balestier Plains. The inaugural tournament took place in December 2018. In addition to this, coaching clinics are planned for young football and hockey enthusiasts. A netball league is also in the pipeline.

SKA has a separate wing for women christened the SKA Ladies Wing. Its mission is to provide relevant platforms for Sikh ladies for social interaction so as to enhance bonds and cohesive spirit. It also offers the opportunities for the ladies to participate in health-related activities so as to build healthy minds and bodies.  The Ladies Wing not only plays an active and integral part within the Association, but also works with external organisations on various initiatives that benefit the wider community. 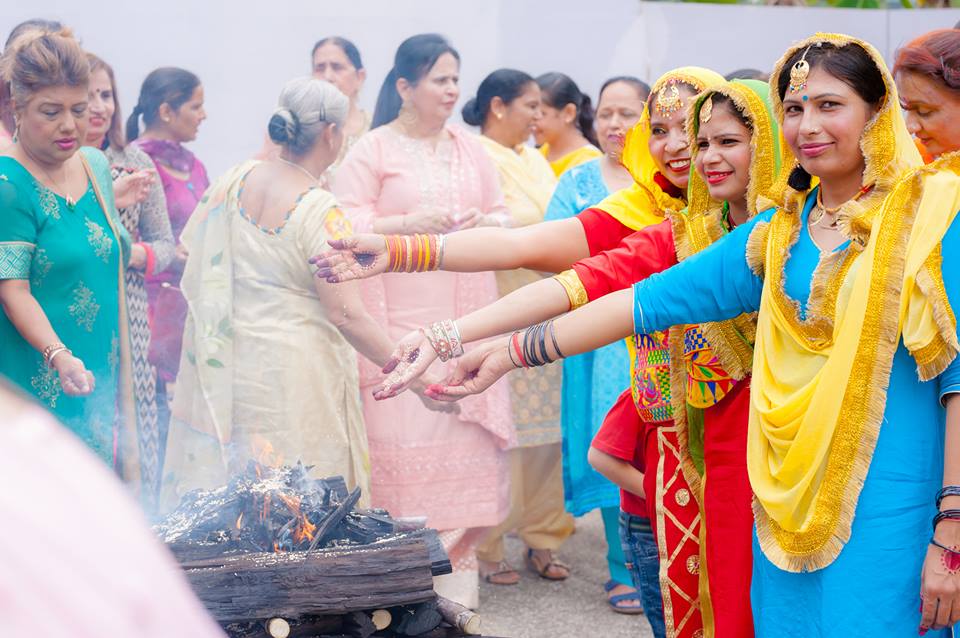 “Lohri is an important event organised by the Ladies Wing which saw the participation of about 700 women this year,” adds  Hernaikh.

Hernaikh is also credited with the founding of Young Khalsa which is the youth wing of SKA. Its main objective is to provide a platform for young Sikhs to meet, interact and network among themselves as well as with other similar ethnic age groups in Singapore. Further, it keeps the Sikh community abreast of events and development in Singapore.

Speaking about Young Khalsa, he said, “At Khalsa (Singapore Khalsa Association), we not just look at issues concerning Sikhs but vis-à-vis the rest of society and the international community.”

Celebration of Vesakhi Mela on April 13 and 14

The most important festival of Sikhs- Baisakhi (called Vesakhi in Singapore) will be celebrated with much fanfare and colour in April.

“We are organising our biggest event Vesakhi Mela on April 13 and 14 which will be attended by over 3,000 people, including NRIs. Most of the attendees will be Punjabi Sikhs but the event  is open to everybody,” stated Hernaikh.

As part of the celebrations, a cultural troupe from Patiala district called ‘Star Performers’ of Punjab, comprising a group of singers, dancers and  comedians, will give their performance at the Vesakhi Mela.

The association has now gone full gear on the culture front. He said, “For a long time, we were focussing on competitive sports and very little on culture. Now, we have started Bollywood dancing classes which are of interest to Singaporeans and the NRIs. We have a dozen ladies who not only see this as a dance,  but also as a form of exercise.”

“We are also planning to start bhangra aerobics and dhol lessons. So, the cultural part is starting to move,” he added.

Hernaikh has been a consistent fighter right from childhood. The youngest son amongst four children, he grew up in a humble household – a village in the vicinity of Kampung Glam. Having lost his father at a young age, his siblings and he had a difficult childhood. 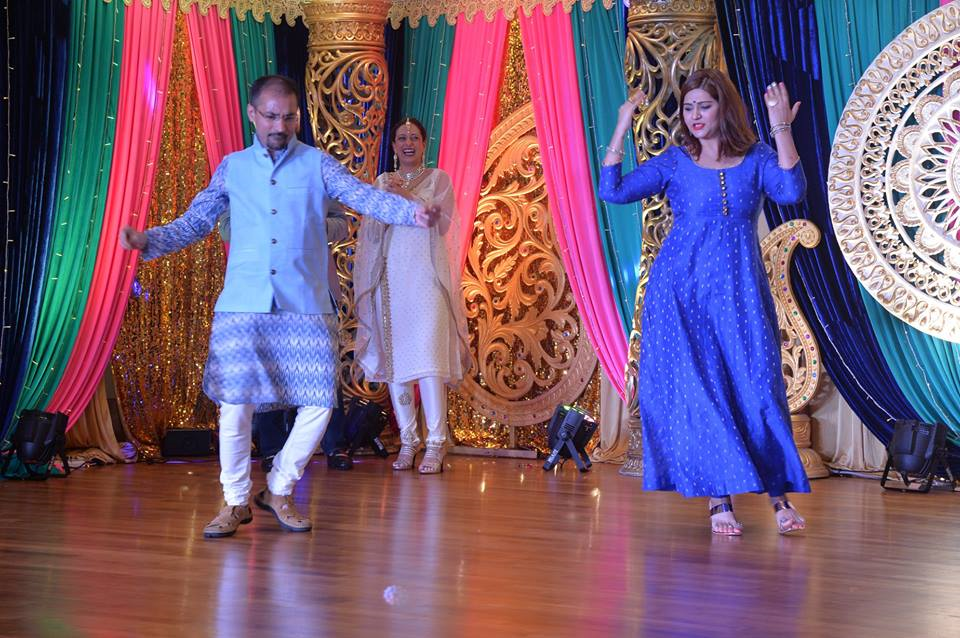 Members of SKA dancing during the Diwali Night in Singapore. Photo courtesy: SKA

Upon completing his ‘A’ Levels in Jurong Junior College, Hernaikh went on to pursue his Bachelor of Arts and, subsequently, his Master of Arts (Southeast Asian Studies) from NUS, where he received the Dr Benjamin Batson gold medal for being the top student in his cohort.

Climbing the ladder of success, he is currently Senior Associate Director of ISAS. He works with the Chairman and the Director in the overall management of the Institute and, together with them, charts the think-tank’s strategic directions. He has more than 20 years of experience in Singapore government and non-government organisations, business sector and academia.

Hernaikh was instrumental in founding YSA in 2003, which has become an integral part of the Sikh community and the youth landscape in Singapore.

“A group of young professionals set up Young Sikh Association in 2003. YSA is a secular organisation which links young Sikhs  to the rest of the society and the global landscape," said Hernaikh.

“We reached out to non-Sikhs not only for membership but also part of the executive committee because we realise that if we want to learn, we have to open up. YSA now have close to 700 members and about 30 percent are non-Sikhs,” he added.

One of the most acclaimed  programmes of YSA is the Khwaish project, which received tremendous support and recognition from the Sikh community and the youth fraternity, and  from Singapore’s Prime Minister Lee Hsien Loong.

Hernaikh adds, “One of the signature events that we started was the community service project in Punjab through Project Khwaish bringing young Singaporean Sikhs and non-Sikh Singaporeans to do service in Punjab, to build libraries, refurbish schools. YSA has undertaken 15 projects to-date and there is a review about how we can enhance it.” 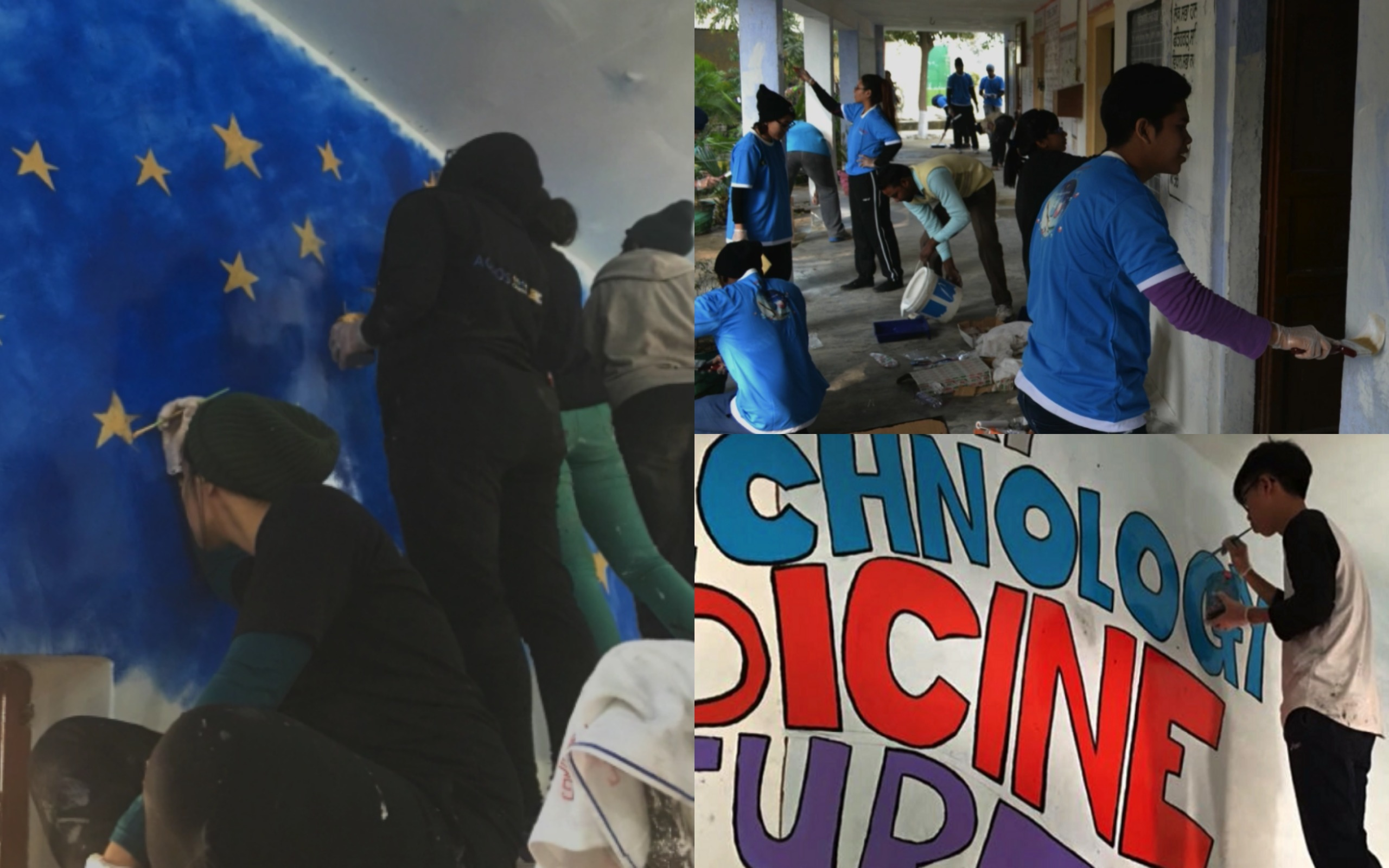 Volunteers of YSA transforming a village school in the Ludhiana district of Punjab under Project Khwaish. Photo courtesy: YSA

To make young Singaporeans and young Sikhs aware about the happenings around the world, YSA started the Ministerial Dialogue. It also launched the Khwaish Lecture Series where eminent Singaporeans and international persons like Professor Tomy Koh, Professor Kishore Mahbubani and Mr. Piyush Gupta have been invited to give a lecture on important topics.

In addition to this, there is sports segment which promote sports and the overall development of the people.

“So, the idea behind YSA is obviously to get young Sikhs interested in what happens in society. I strongly believe that we have achieved some level of success,” he added. 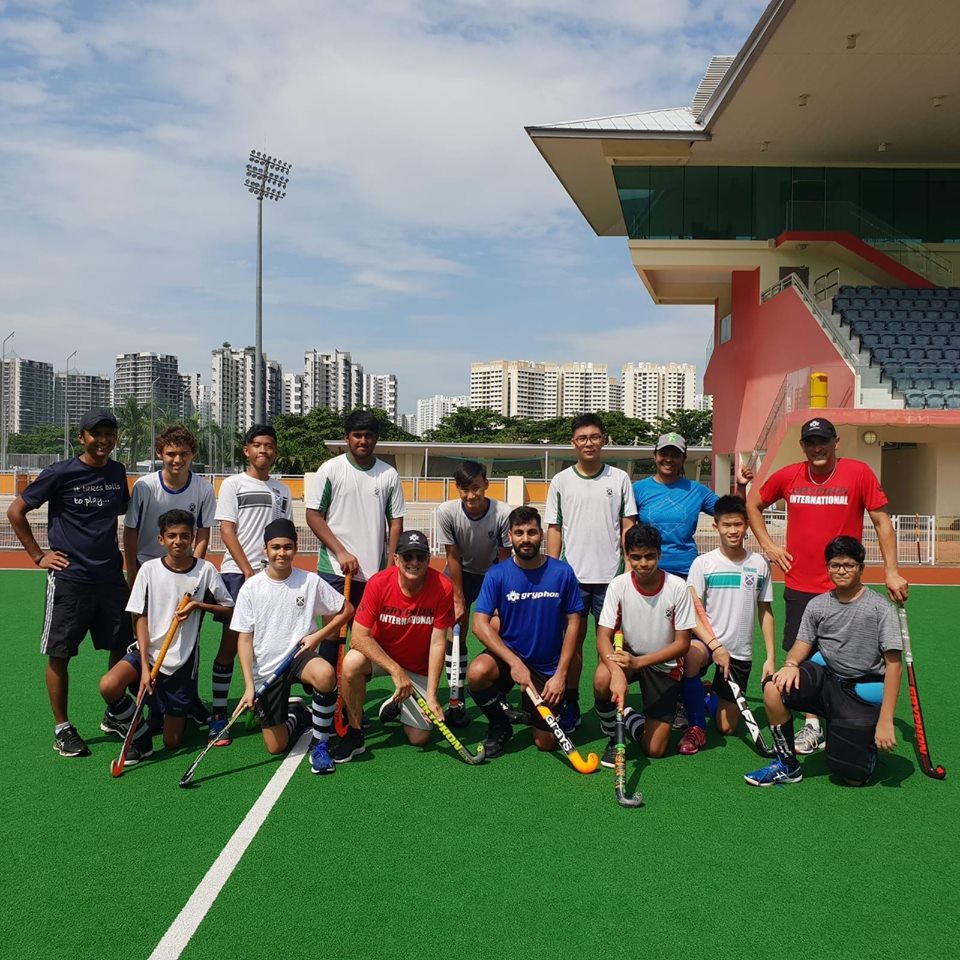 “So, the relation between the Sikh leaders and the Sikh community with the government is very strong.”

YSA volunteers paying obeisance at the Golden Temple in Amritsar during their visit to India. Photo courtesy: YSA

Hernaikh winds up by saying "SKA was the vision of a few Sikh schoolboys more than 80
years ago. It has come a long way since then. Today, the association boasts of more diverse range of
programmes and activities for the different groups. And as we move forward, there is much more
in store at the association. This is a most appropriate time to be part of this dynamic and
enterprising association."