A country known for its high quality of living and limited real estate space, Singapore brings you a gigantic vending machine that spits out luxury cars like Bentleys, Ferraris and Porches. Autobahn Motors recently opened a 15-storey tower filled with high-end cars.

The tower, which looks like a real-life kid’s toy box, can hold up to 60 cars, and customers can purchase any vehicle when they visit the tower, says the official website of the company.

Touted as the world's largest luxury car vending machine, the tower was created to save space, according to the company that started out selling used vehicles in conventional showrooms.

Visitors to the Autobahn Motors’ site complete their purchase via a tablet device and customised app instead a regular sales process. Customers can use a touchscreen on the ground floor of the building to browse through cars.  They can choose whichever car they are interested in, and it will arrive within one to two minutes. Autobahn Motors staff supervise the full experience. 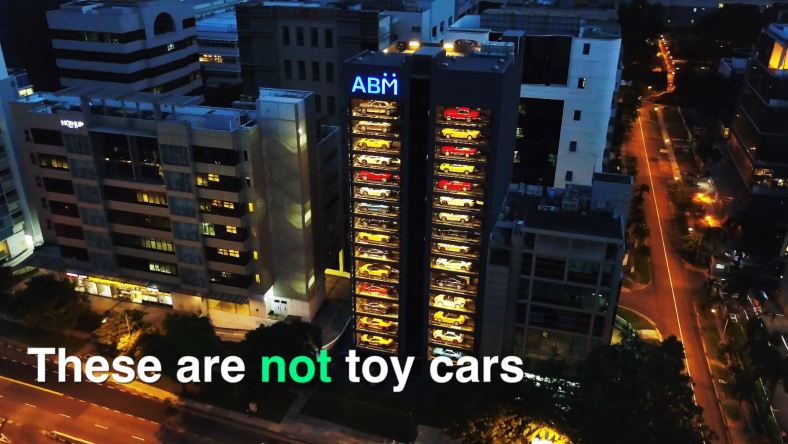 “We needed to meet our requirement of storing a lot of cars. At the same time, we wanted to be creative and innovative,” Gary Hong, general manager at Autobahn Motors, said in an interview to Reuters.

The Singapore car vending machine isn't the only one of its kind, although it’s still the world's tallest. These new designs have appeared in the US and Japan over the last several years.

Carvana, an online marketplace for buying used cars in the US, has several car vending machines around the country. Customers can pick up their cars at these vending machines or have them delivered.