Traditionally, an Arangetram is the ascent (Etram) to the stage (Arangam) by a performer, with the guru's blessings. It marks the completion of the dancer's training and she is now able to impart her skills to others.

While Indian children start at a tender age and pursue dance mostly at the behest of their parents, Soo Mei Fei took her first step into Bharatanatyam only at the age of 13 and has remained glued to the art-form for close to 12 years despite challenges. 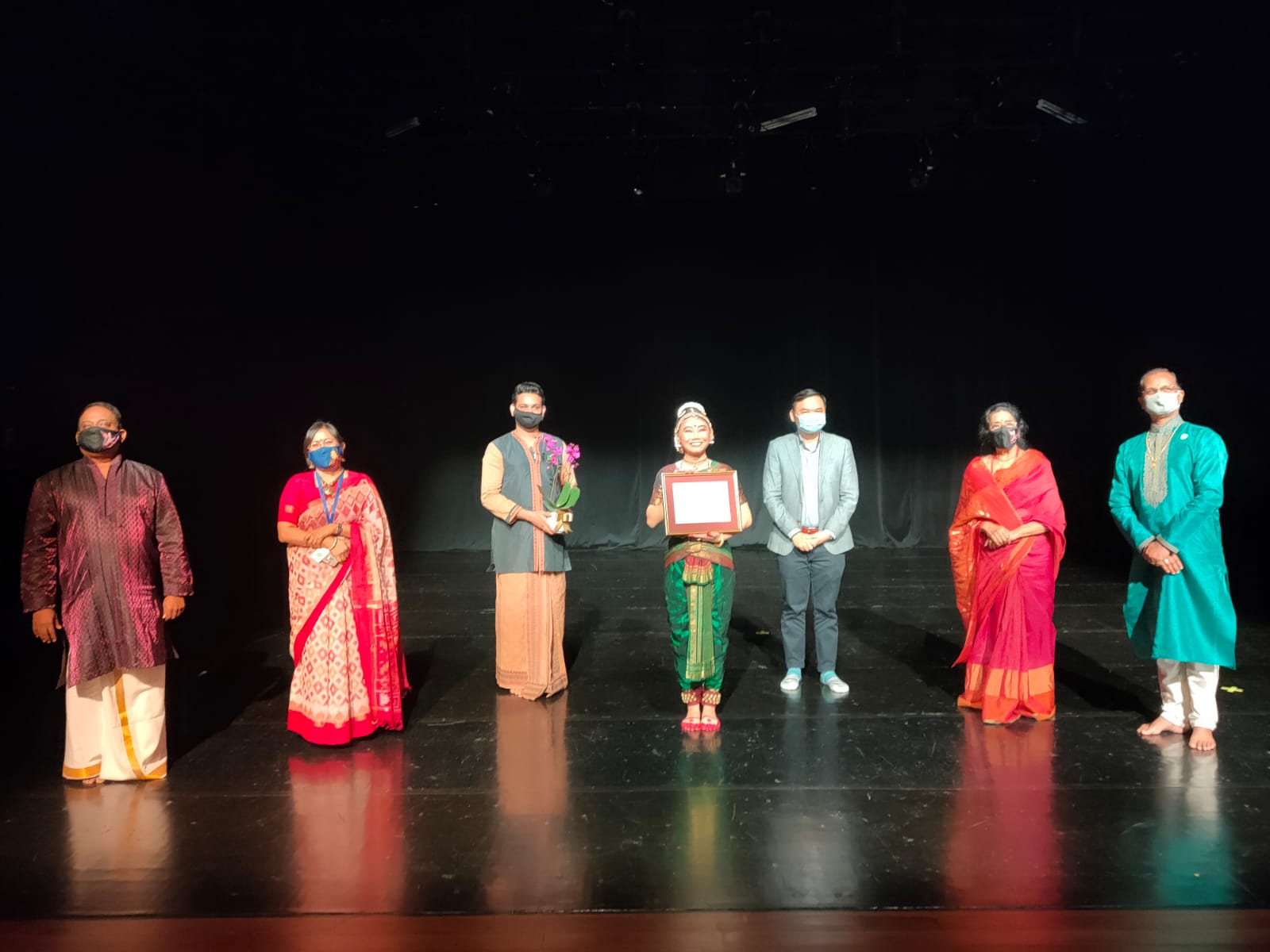 The Singaporean Chinese girl's passion for one of the most difficult Indian classical dance forms, Bharatanatyam, is so intense that her performance was more like a professional solo rather than a debut Arangetram.

"I took almost two years to train her for this repertoire”, says her guru Mohanapriyan Thavarajah, Resident Choreographer and Principal Dancer at Apsaras Arts since 2012.

A noted Bharatanatyam exponent and recipient of national and international awards and titles Thavarajah is a sought-after teacher and well-regarded mentor in Singapore and overseas. 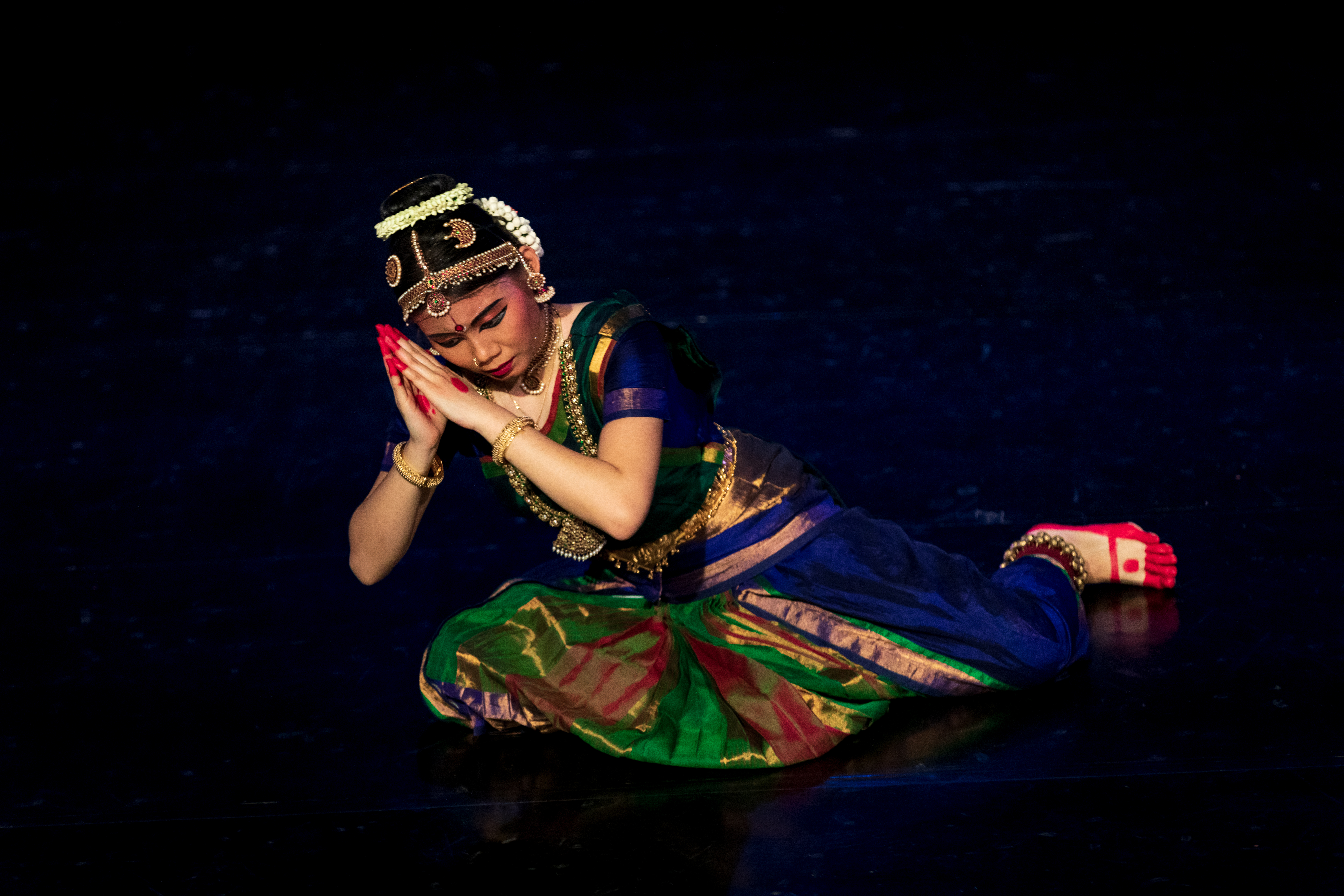 The confidence of this young dancer was seen right from her first performance, a Thodayamangalam showing love through bhakti or devotion in Jaya Janaki Ramana. Photo Courtesy: Apsaras Arts

Speaking of 'Mohamana The Love Within' which is the title of Mei Fei’s Arangetram repertoire, Thavarajah said “Shringara is the queen of all the Rasas and it is a challenge, especially as we don’t express so much through our face these days’’.

“I don't believe in teaching dance numbers but would rather the student imbibe the aesthetic by understanding the emotion which is common for every human and which is beautifully expressed through Indian dance”, Thavarajah adds.

Her proud father Soo Peck Seng said, “She was given a lot of opportunities in different Co-curricular activities in her school but she found her love and passion in Indian dance. She would even bring together her Chinese friends to perform Indian dances”. 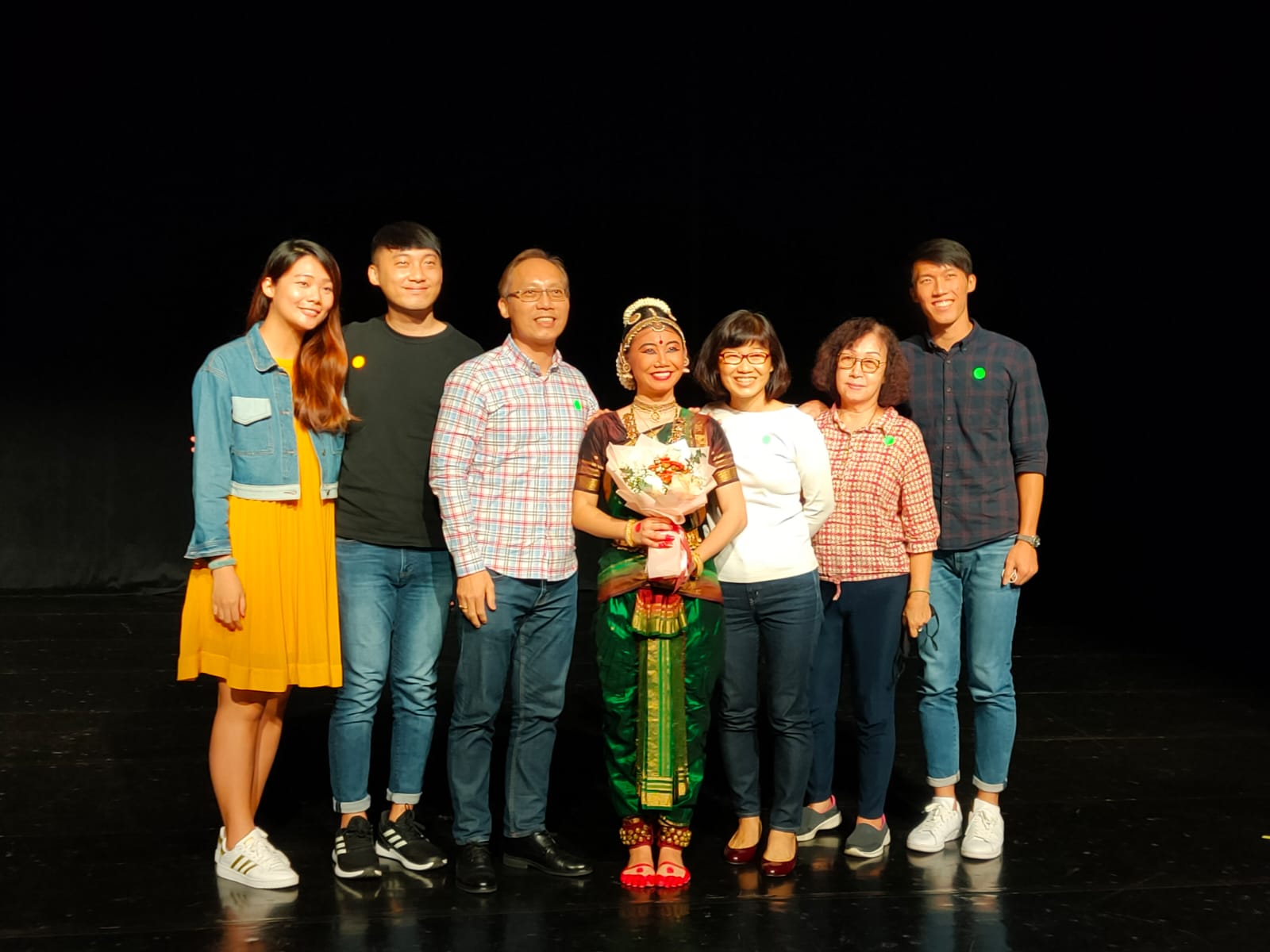 One for the family album! Mei Fei's family including her parents, siblings and grandmom pose with her after the Arangetram. Photo: Connected to India

“And she definitely has a lot of costumes!”  he adds with a laugh. Her family including her parents, siblings and grandmom were there to cheer and applaud Mei Fei.

This led her to the pursuit of a higher level of arts and a deeper understanding of the culture her parents said, leading her to pursue and complete her graduation in Fine Arts from Lasalle College Of The Arts, Singapore. 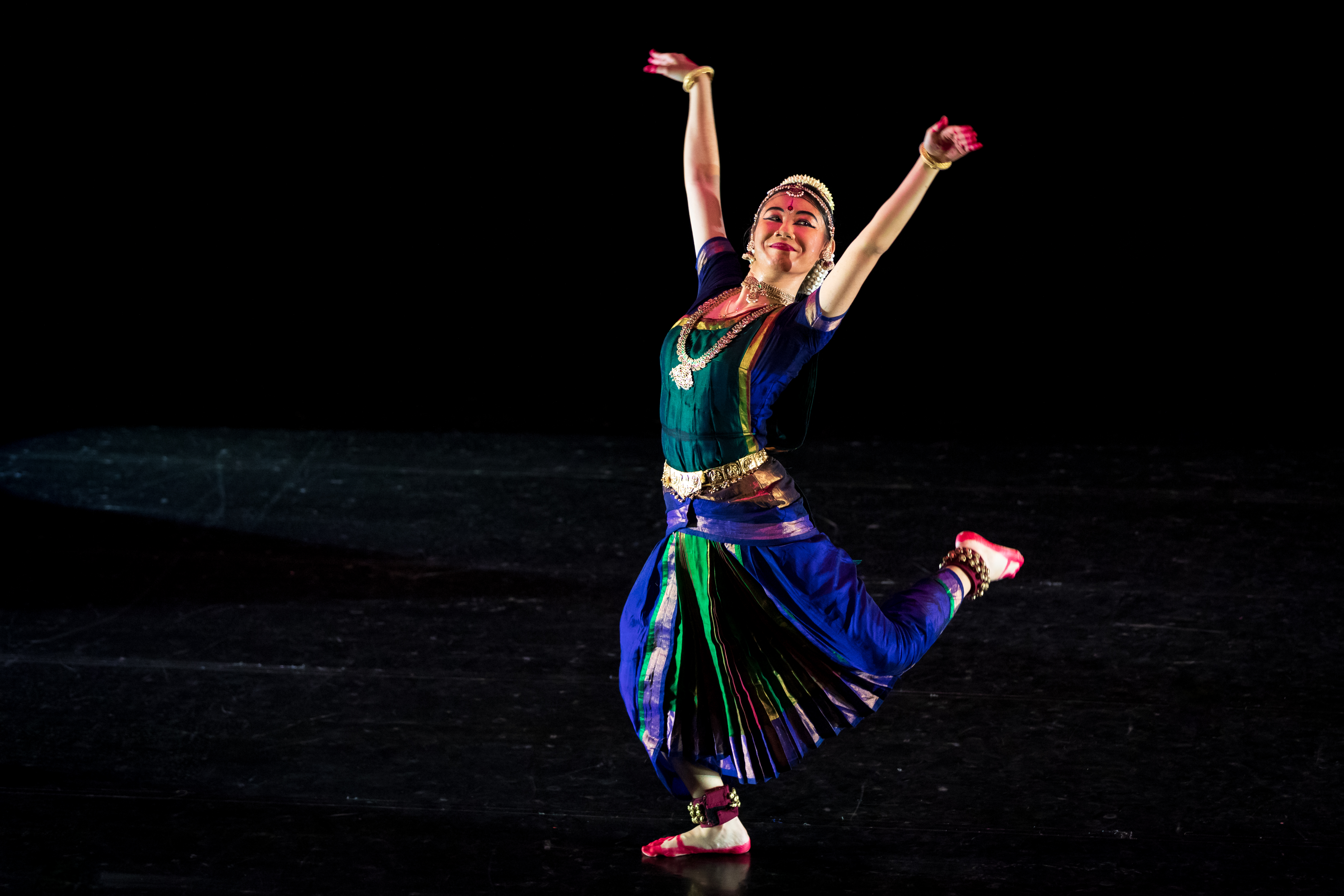 “Their introduction to Bharatanatyam started with a simple hand gesture and a walk and they were hooked to the dance form”, says Nadesan who was the CCA teacher at NJC. 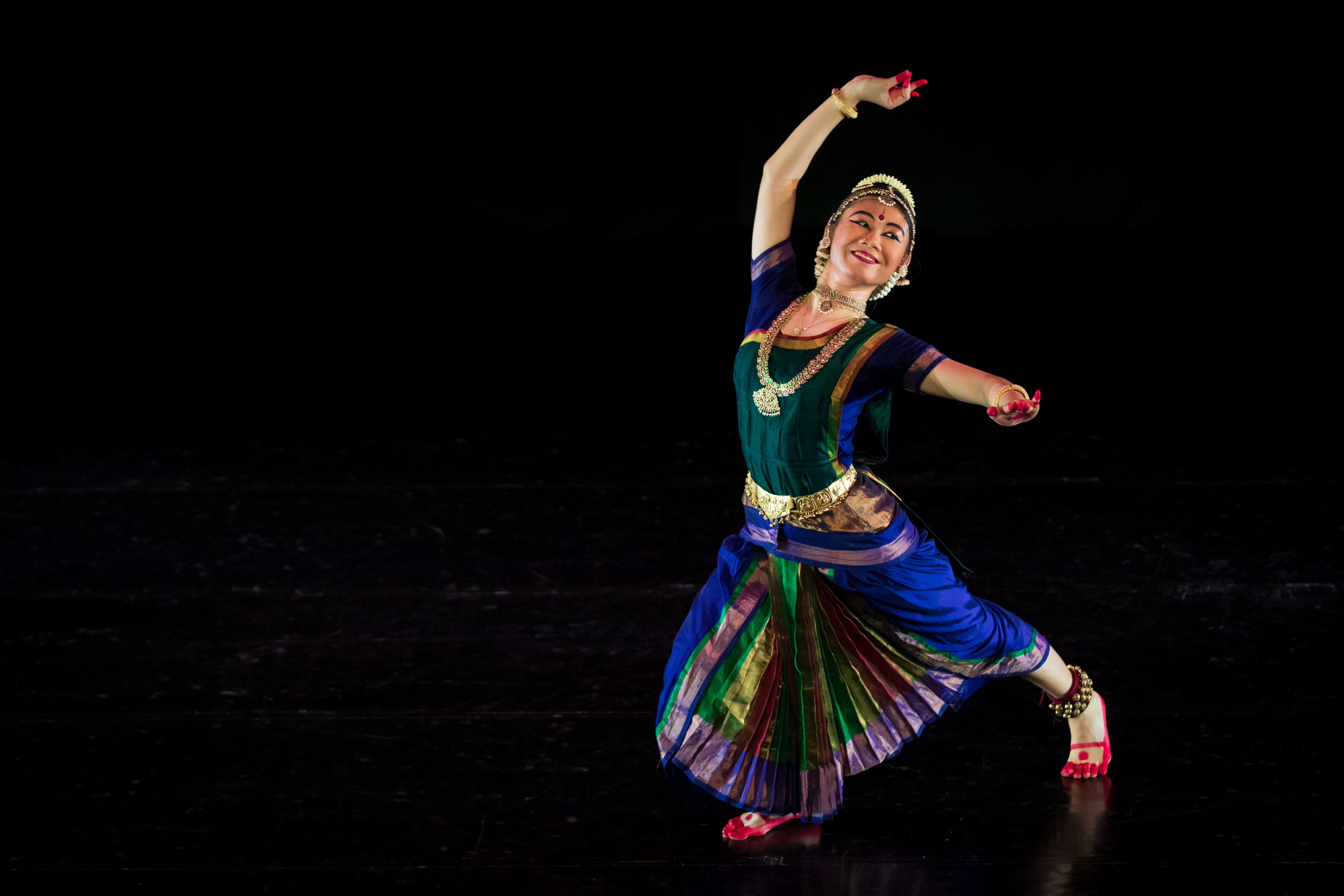 She was upset when it stopped after she left NJC and Nadesan identified her as an artist who could pursue the art formally. She then started her tutelage under dance doyen the late Neila Sathyalingam, the founder of Apsaras arts fondly remembered as ‘Neila mami’, in 2016.

However she is not a lone ranger, says Aravinth Kumarasamy, Artistic and Managing Director at Apsaras Arts.  There are several Chinese Singaporeans who are studying it as a CCA in schools as well as formally at Apsaras Arts. 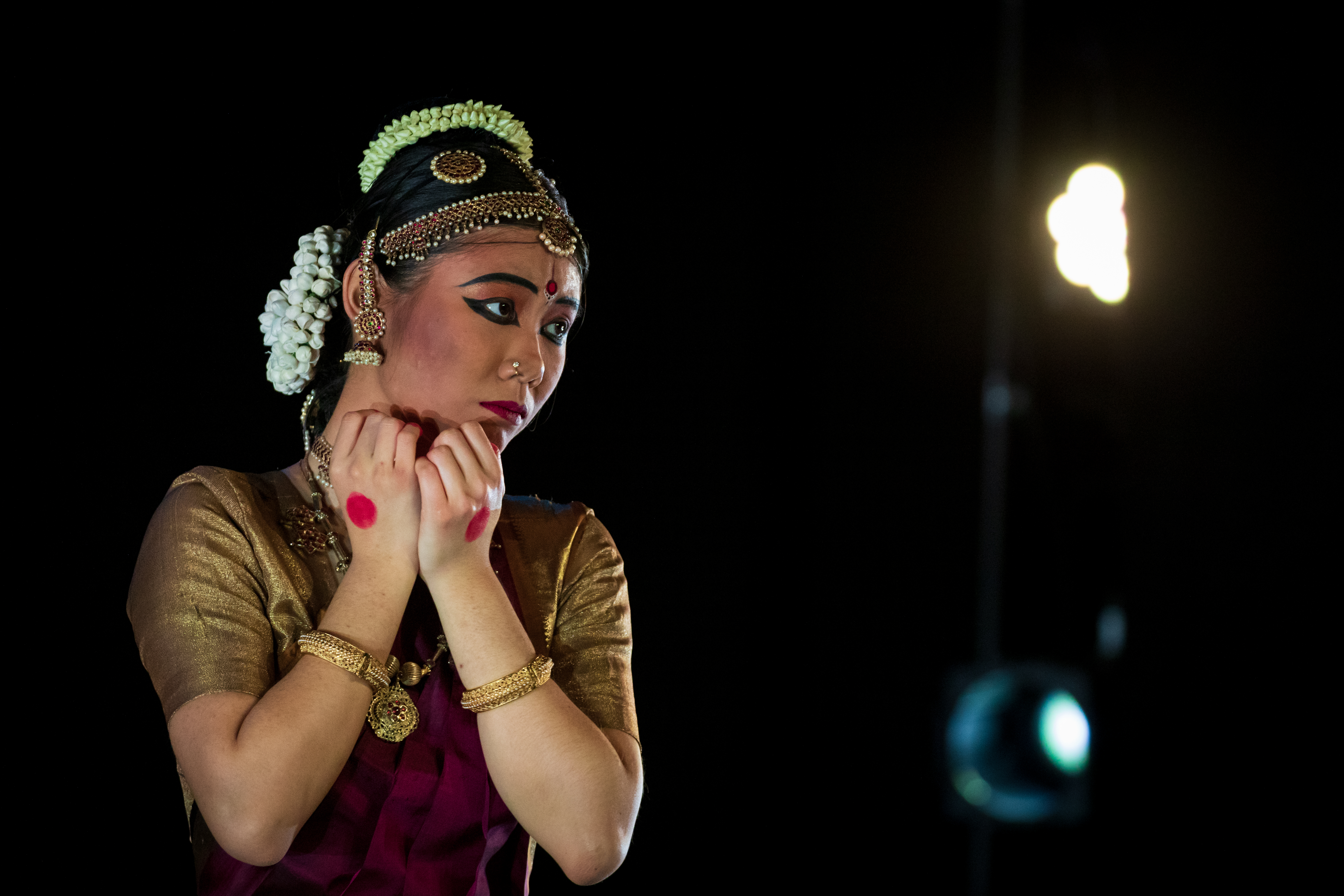 Mei Fei performs a Padam, Theruvil Varano depicting a naayika dressed in her best awaiting a glimpse of the Lord who is arriving in a procession. Photo Courtesy: Apsaras Arts

"She blended very well with the Apsaras teams and can speak ‘kanna pinna’ Tamil", says Aravinth Kumarasamy of Mei Fei who states that Sambar is her favourite drink.

"We were totally blind to her race, culture, language, origin which is why we could get her to do a pukka professional repertoire without any compromise", adds Kumarasamy. 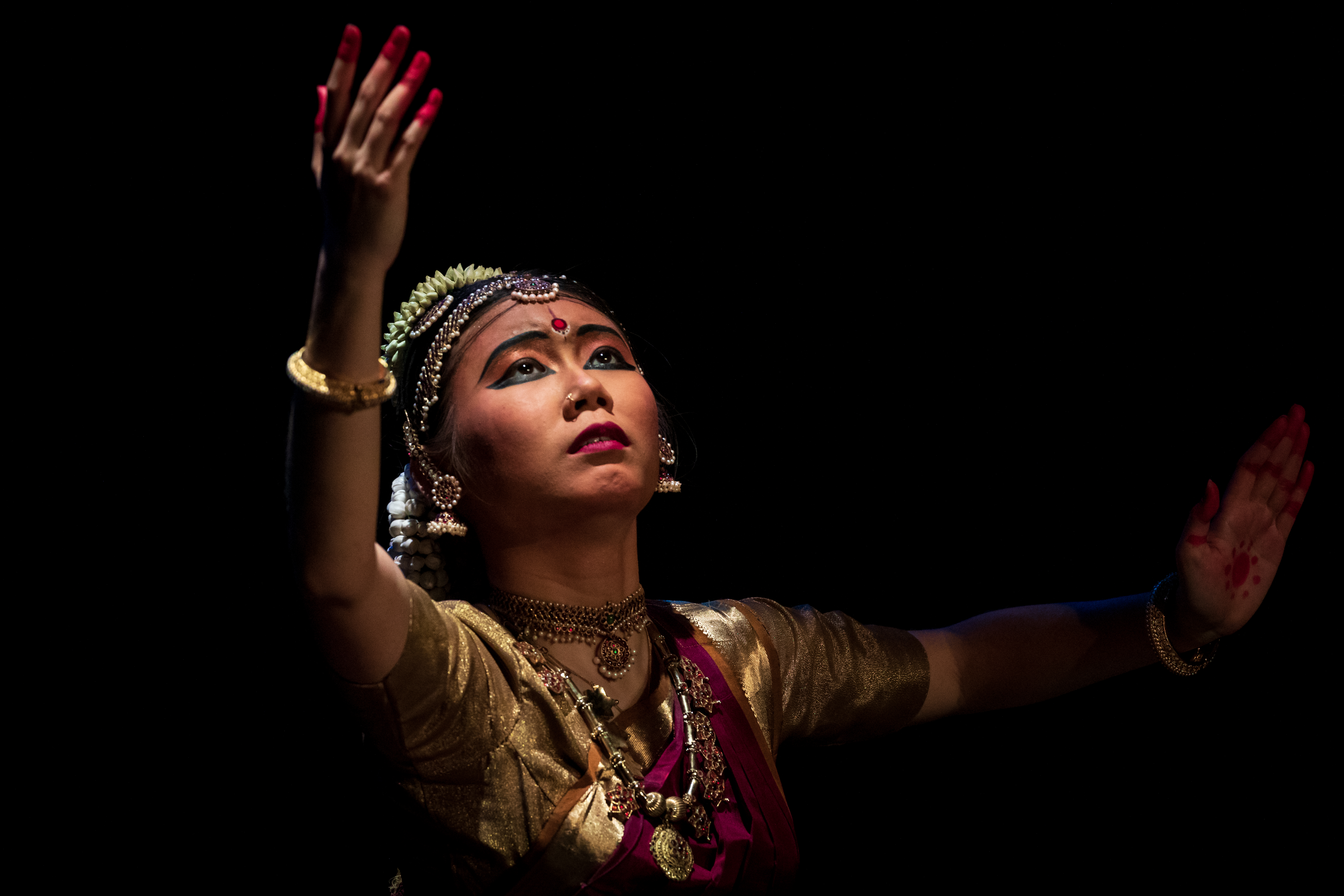 The Javali, Nee Matale, which expressed love through conflict was the penultimate piece of the repertoire for the evening. Photo Courtesy: Apsaras Arts

It stands as a testament of Apsaras Arts being one of the inaugural winners of the ‘Stewards of Singapore's Intangible Cultural Heritage Award’, conferred by the National Heritage Board (NHB), Singapore.

Today after a sensational performance in her Arangetram in Bharatanatyam, this homegrown talent who has graduated to be a young ‘Apsara’, will be an inspiration for many on this island nation to break barriers and win hearts by taking up performing arts as a profession. 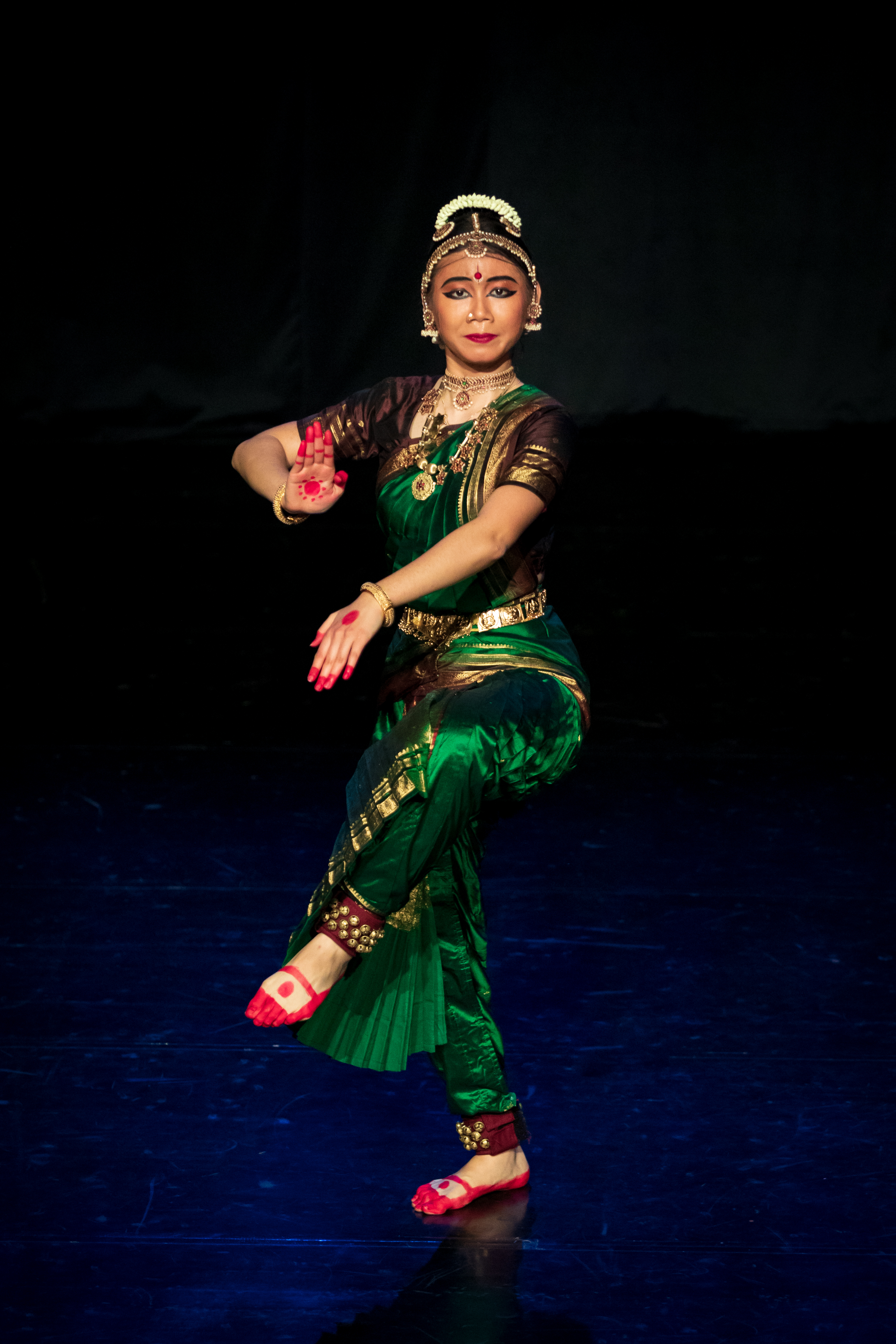 The Thillana a rhythmic piece in Carnatic music that is generally performed at the end of a concert was followed by a Mangalam to bring the performance to an auspicious conclusion. Photo Courtesy: Apsaras Arts
Apsaras Arts Singapore events Singapore