The Monetary Authority of Singapore (MAS) and other agencies are working to make all essential payment modes available on a single terminal, Todayonline said in a report on May 9, 2017.

Singapore aims for half the food and beverage (F&B) establishments here to adopt digital services by 2020. 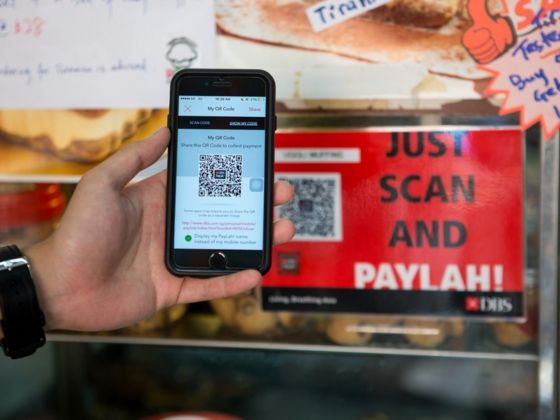 The use of QR codes for payment could also be more widely encouraged at hawker centres, Senior Minister of State (Trade and Industry) Sim Ann told Parliament yesterday, May 8. The authorities are studying ways to lower the cost of such systems.

The single terminal, called the unified point-of-sale terminal, can accept all major credit cards. These include those that are contactless or embedded in smartphones. In August last year, about 1,000 such terminals had been deployed in convenience stores, and 10,000 more were set to be installed in the next two years.

Earlier this month, the Dairy Farm Singapore Group had announced it was setting up 2,000 of such terminals in its stores, including Cold Storage and 7-Eleven. United Overseas Bank (UOB) also said that, by end of 2017, all of its point-of-sale terminals would be unified point-of-sale ones.

About one-fifth of all food outlets in Singapore had already adopted digital services in some form, said Sim. “Most have done so recently, and we will actively encourage more of them to do so,” she added. The main barriers to adoption for retailers are habit, cost and the fact that many digital payment systems cannot operate various payment modes now.