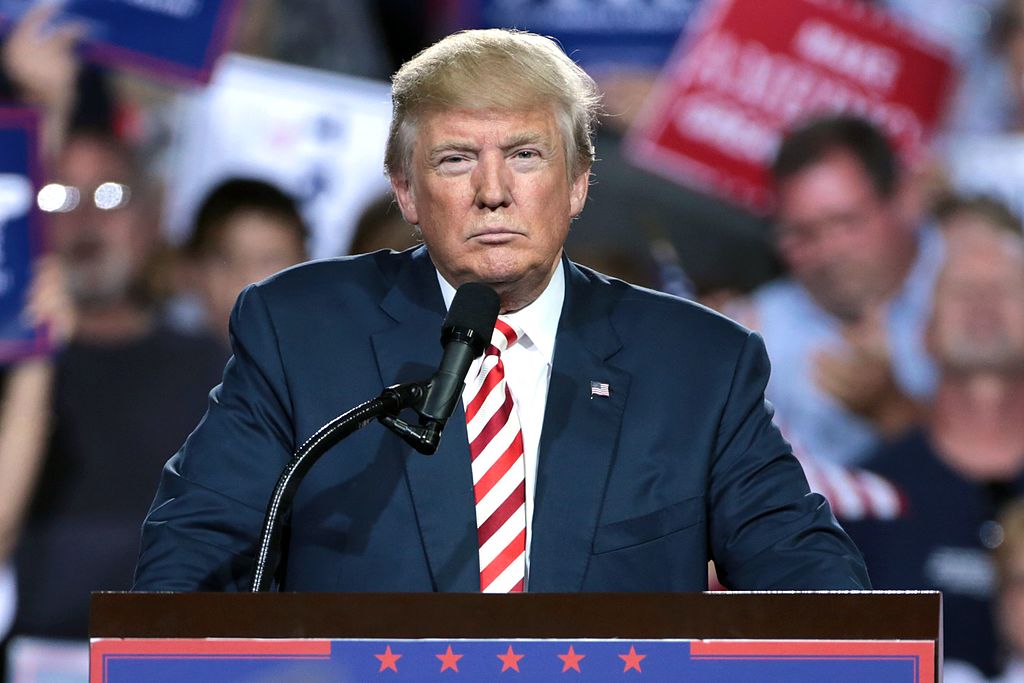 The impeachment trial of Donald Trump in the US Senate is scheduled to begin on January 21. File photo courtesy: Wikimedia

As the lawmakers of the United States Senate were sworn in on Thursday, thus formally signalling the beginning of the impeachment trial of Donald Trump, the US President predicted that the process would be over quickly.

"I think it should go very quickly," Trump told reporters in the Oval Office. "It's totally partisan… It's a hoax. It's a hoax and everybody knows it's a complete hoax."

Cryin’ Chuck Schumer just said, “The American people want a fair trial in the Senate.” True, but why didn’t Nervous Nancy and Corrupt politician Adam “Shifty” Schiff give us a fair trial in the House. It was the most lopsided & unfair basement hearing in the history of Congress!

The 100 lawmakers of the Senate were sworn in by Chief Justice of the Supreme Court John Roberts, who administered the oath to the senators to "do impartial justice".

We’ve all just been sworn in by the Chief Justice of the United States to serve as judges and jurors in the impeachment trial of President Trump.

That oath will weigh heavily on Senators to really consider this question about how to have a fair trial, and not just a cover-up. pic.twitter.com/l7vJXgAAvS

The trial is scheduled to begin on January 21 and will decide whether Trump should be removed from office over charges brought by the House of Representatives.

History is watching. I urge my colleagues in the Senate to have the courage, foresight, and patriotism to rise above partisanship and act in the interest of our nation.

We must reaffirm that no one is above the law.

Trump has been accused of abuse of power and obstruction of Congress. The articles of impeachment were read out on the floor of the Senate by Democratic congressman and lead prosecutor Adam Schiff. Schiff is one of seven impeachment managers who will make the case against the president.

The task before us is a grave but necessary one.

Donald J. Trump tried to get a foreign nation to help him cheat in the next election.

For that reason, he was impeached.

And for that reason, the only remedy is conviction and removal from office. pic.twitter.com/rjT673texi

It would take a two-thirds majority in the Senate to remove the president from office and since the Republicans control the senate, Trump is widely expected to be acquitted.