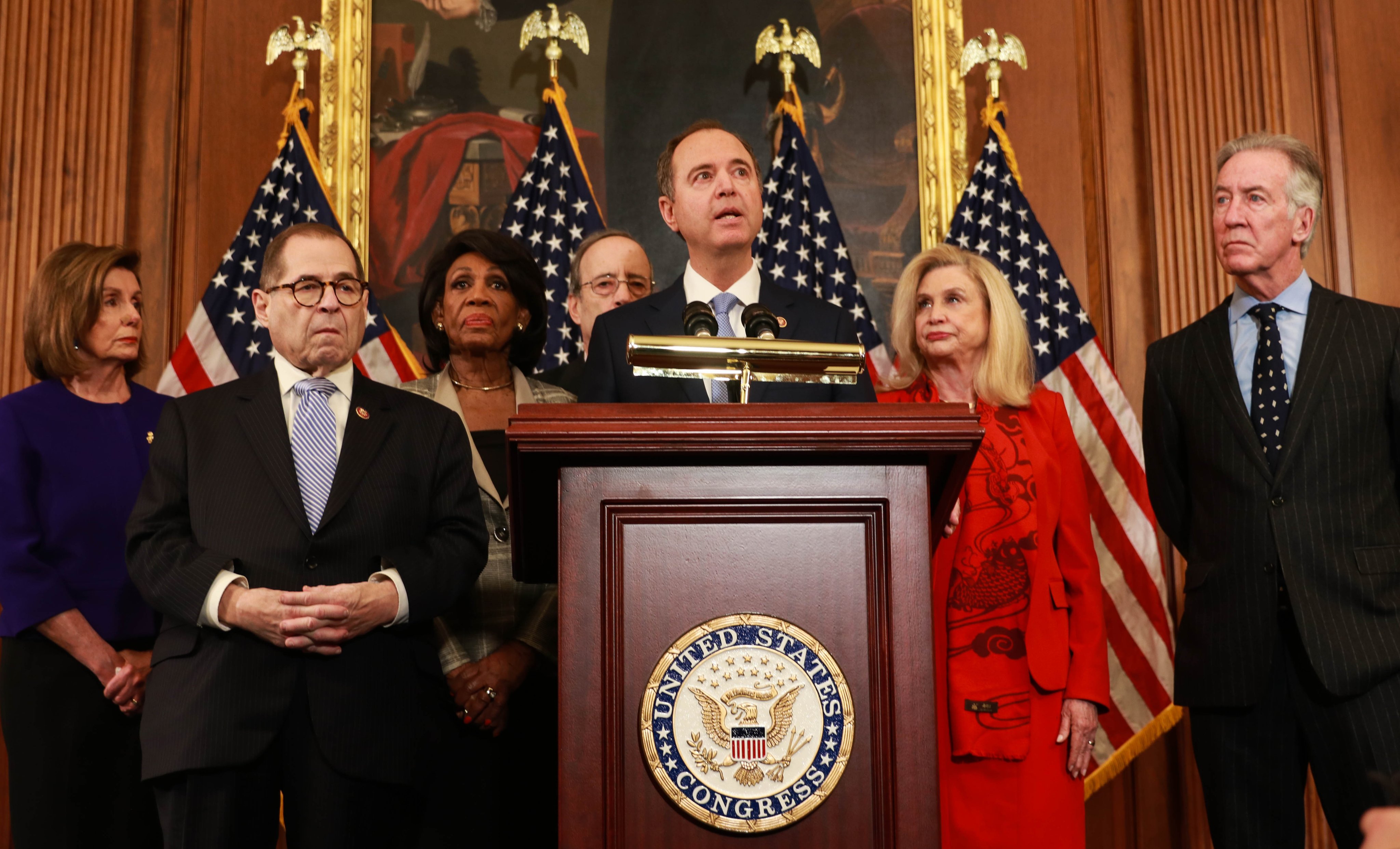 Articles of impeachment against Donald Trump accuse him of abuse of power and obstruction of Congress. Photo courtesy: Twitter/@HouseDemocrats

The United States’ Democratic party on Tuesday published two articles of impeachment against President Donald Trump. The move is a precursor to a vote in the House of Representatives, likely as early as next week, on charges against the US leader and then a subsequent trial in the Senate.

In service to our duty to the Constitution and to our country, I, along with @HouseJudiciary, am introducing two articles of impeachment charging the President of the United States, Donald J. Trump, with committing high Crimes and Misdemeanors. No one is above the law. pic.twitter.com/JBLniRkTZl

The official legislative resolution accuses Trump of an abuse of power for withholding American aid from the Ukraine unless the country investigated the president’s Democratic rival Joe Biden and his son Hunter.

Trump has also been accused of obstruction of Congress, by ordering federal officials to defy subpoenas issued in the impeachment investigation.

"Our president holds the ultimate public trust," said House Judiciary Committee Jerry Nadler as he laid out the articles of impeachment in the US Capitol on Tuesday. "When he betrays that trust and puts himself before country, he endangers the constitution, he endangers our democracy and he endangers our national security."

President Trump abused the power of his office, undermined our national security and jeopardized the next election.

He has shown no remorse and is at it still, trying even now to get foreign help in his re-election.

No one is above the law.

If the charges are approved by the full House of Representatives in a vote, it would make Trump the third US leader ever impeached and placed on trial in the Senate. If Trump is impeached, which is expected, he will then face a weeks-long trial in January in the US Senate. A removal from office is highly unlikely with the Senate controlled by his Republican Party.

Trump meanwhile responded angrily to the articles of impeachment, tweeting, “To Impeach a President who has proven through results, including producing perhaps the strongest economy in our country’s history, to have one of the most successful presidencies ever, and most importantly, who has done NOTHING wrong, is sheer Political Madness!”

To Impeach a President who has proven through results, including producing perhaps the strongest economy in our country’s history, to have one of the most successful presidencies ever, and most importantly, who has done NOTHING wrong, is sheer Political Madness! #2020Election