In a case of child abuse, a day after the body of three-year-old Sherin Mathews was found in Richardson, Texas, police said Wesley Mathews voluntarily revised his statement to admit that he had “removed the body” of his adopted daughter from his house after she choked to death on milk. Wesley, who had filed a missing person's complaint on October 7, is said to have initially told the police that Sherin had wandered away from their residence at around 3.15 am after being “punished” for not drinking milk. 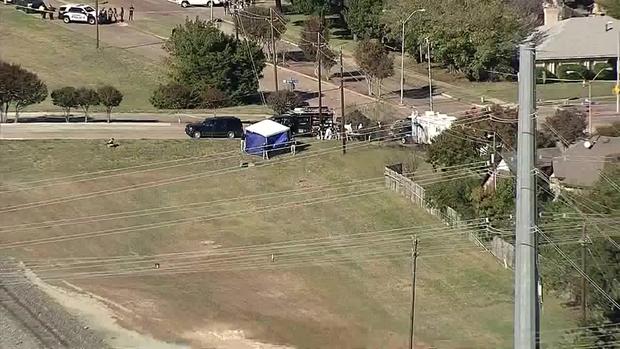 In an interview with the police on Monday, Wesley said he “physically assisted” his daughter in drinking milk, when she began to choke, cough, and “her breathing slowed,” reported the Associated Press (AP). When he heard no pulse and believed his daughter had died, Wesley “then admitted to removing the body from the home.” According to an affidavit filed by the police, Wesley did not mention administering medical aid to Sherin. Further, CCTV footage shows the family’s Acura SUV had left the house between 4 and 5 am on the morning Sherin went “missing”.

Wesley Mathews, 37, the father of Sherin Mathews, was re-arrested and charged with first-degree felony injury to a child due to a conflicting statement to police, PTI reported.

The arrest came a day after the body of a small child was found in a culvert near their home in suburban Dallas and police fear that it could be that of Sherin.

The arrest warrant states that Mathews told police that his daughter choked on milk in the early morning hours of October 7 and he "believed she had died."

"She was coughing and her breathing slowed," the warrant read. "Eventually, Wesley Mathews no longer felt a pulse on the child and believed she had died." He then admitted to police that he removed the body from the home, the warrant added.

"When they came in, they provided us with some information that was contrary to what we had previously been told regarding her [Sherin Mathews] disappearance," said Kevin Perlich, Richardson Police Department spokesperson.

His bond has been set at USD1 million and he was booked into the Richardson City Jail.

"It is possible that he could bond out again," Perlich said.

Sherin was adopted by Wesley and his wife, Sini Mathews, from an orphanage in Nalanda in Bihar, in 2016. The three-year-old, who was called Saraswati before moving to Texas, had developmental issues and limited verbal communication skills.

The couple’s biological daughter, who is four years old, has been taken into foster care until a custody hearing in November, according to AP.