Known for her bold stance on feminism and gender equality, Sharul Channa will be presenting a one-woman comedic monologue ‘Crazy Poor Sita’ in commemoration of International Women’s Day.

The one-hour act covers the journey of Sita, a Singaporean woman who wasn’t born in poverty but gets caught in its vicious cycle. 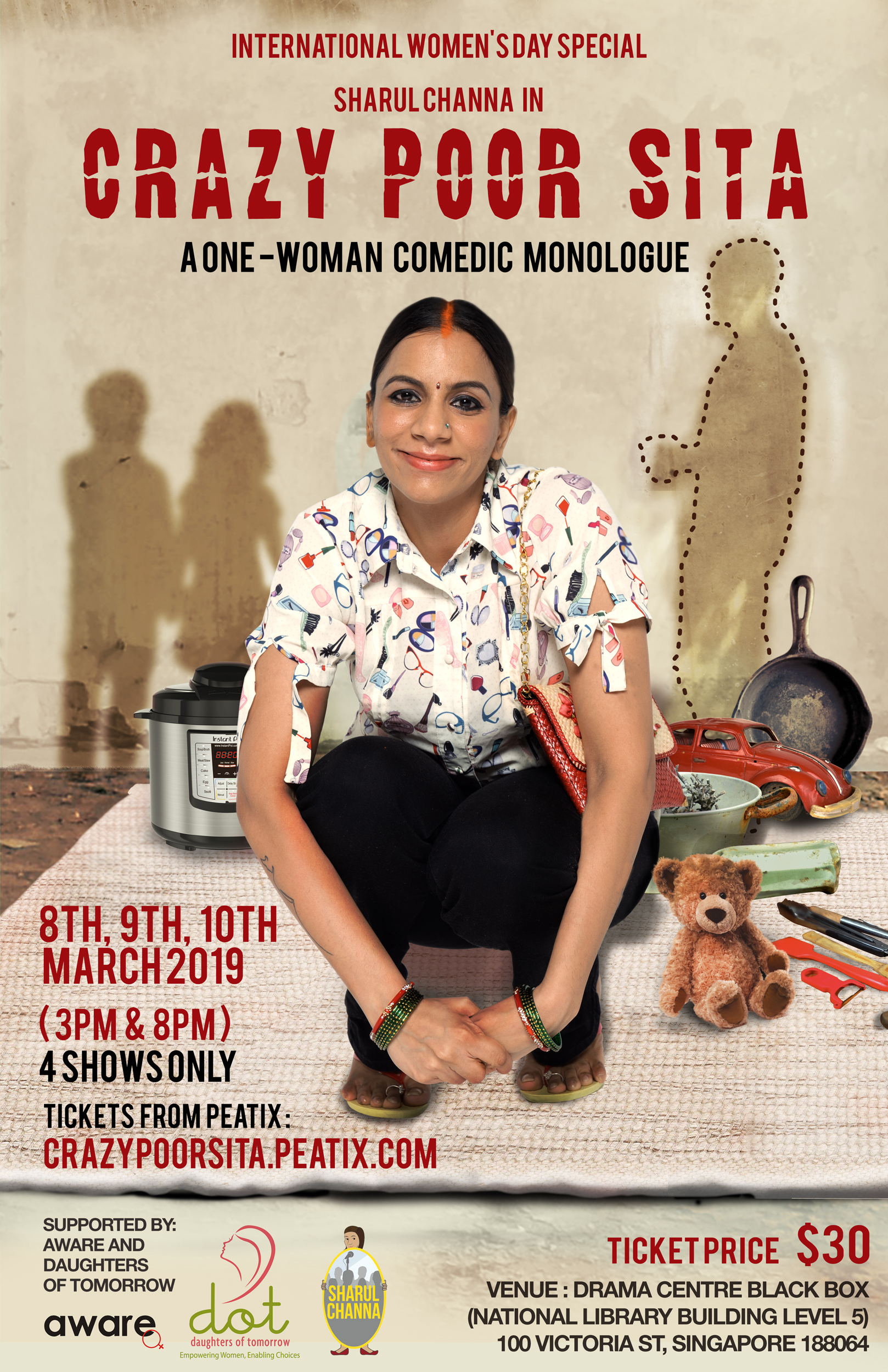 Crazy Poor Sita highlights the plight of women from low-income families and their struggle for survival while single-handedly bringing up their children without the help of a spouse.

Sharul Channa, who is Singapore’s first female stand-up comedian, methodically weaves the story of Sita as she tries to apply for financial support and looks for minimum wage jobs. Meanwhile, Sita also struggles with the social norm of trying to save face in the Asian society where asking for financial help would mean being completely vulnerable.

“This particular cause is close to my heart. The monologue though comedic, goes dark.’ explained Sharul.

“I want to use stand-up as a tool to shed light on an issue that we usually sweep under the rug and rarely speak about. The issue of helplessness of low-income women in our society and their struggle to get back to work,” she said.

Get your tickets here now!