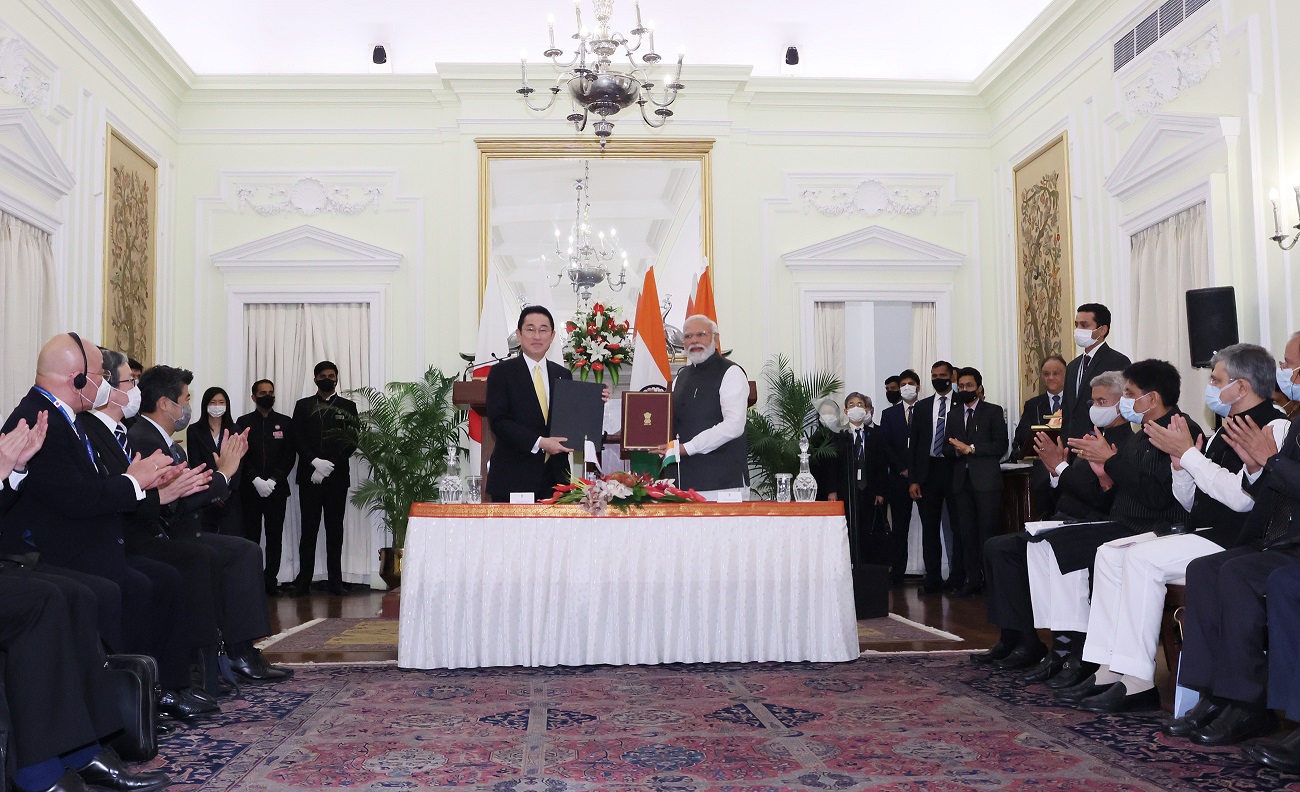 The two partners, who are both members of the Quad group along with Australia and the US, also discussed Russia's ongoing war in Ukraine, for which Tokyo and New Delhi have taken differing approaches — Japan has firmly condemned Moscow's actions, but India abstained from the UN vote to condemn Moscow's invasion, dw.com reported.

However, both leaders called for an end to the violence in Ukraine.

"We [Kishida and Modi] confirmed any unilateral change to the status quo by force cannot be forgiven in any region, and it is necessary to seek peaceful resolutions of disputes based on international law," Kishida after the meeting.

The Japanese prime minister pledged to invest USD 42 billion over the next five years.

In a televised press statement, Kishida said the boost would benefit industries from urban infrastructure development to green energy. Tokyo has already contributed to a high-speed rail project in India.

Japanese investment in India totaled only USD 32 billion between 2000 and 2019, compared to $42 billion pledged on Saturday. India is also an important market for Japanese companies.

Modi's government has not condemned Russia's invasion due to New Delhi's ties with Moscow that go back to the Soviet Union.

Japan, Australia and the US have all imposed sanctions against Russia. A call between the leaders of the four countries earlier in the month failed to convince Modi to take the same line as his Quad partners.

India remains the only member of the Quad — the Quadrilateral Security Dialogue — that has not criticized Russian President Vladimir Putin. However, the group that focuses on a strategic security dialogue is envisioned to counter China's growing influence, not Russia's.

Modi is set to meet with Australian Prime Minister Scott Morrison for a virtual summit today.