The Ukrainian border guard service said that Russia's ground forces have crossed into the country from several directions, hours after the latter’s President Vladimir Putin announced the launch of a major offensive, according to media reports. 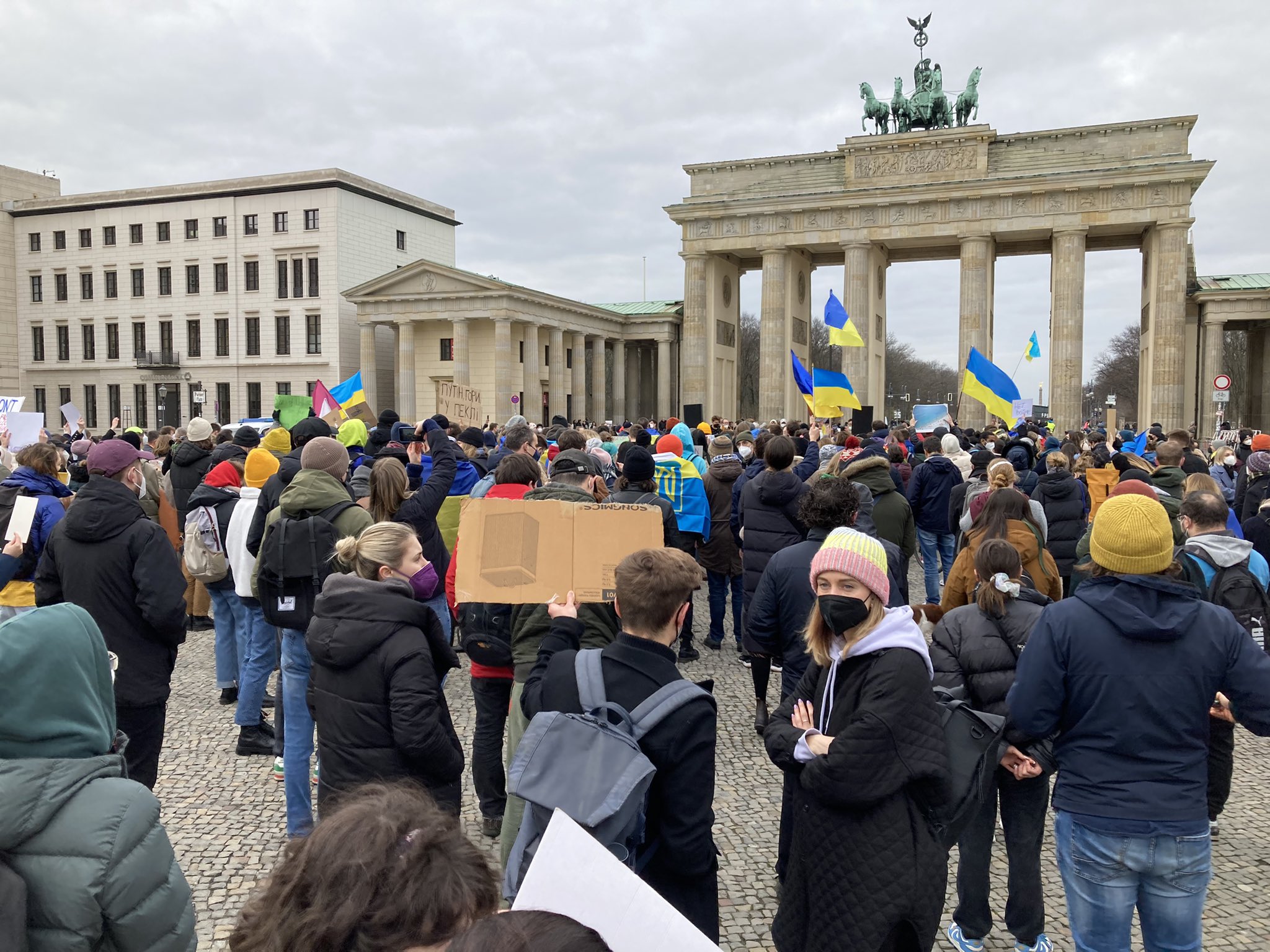 Russia is facing global condemnation from Western powers over its actions in Ukraine with the European Union vowing to hold Moscow accountable for the military operation. Photo courtesy: Twitter/@sumlenny

Russian tanks and other heavy equipment crossed the frontier in several northern regions, as well as from the Kremlin-annexed peninsula of Crimea in the south, the agency said.

Ukrainian President Volodymyr Zelenskiy said that the country has severed diplomatic relations with Russia and urged the international community to bring pressure and impose harsh sanctions on Russia.

Ukraine has suffered heavy casualties in its eight-year conflict with Russian-backed rebels in the separatist east, but has reported no fatalities along its southern border with Crimea for some years.

Putin launched a military operation in Ukraine with explosions heard across the country and its foreign minister warning a "full-scale invasion" was underway.

"I have made the decision of a military operation," Putin said in a surprise television announcement that triggered immediate condemnation from US President Joe Biden and other Western leaders, and sent global financial markets into turmoil.

Shortly after the announcement, explosions were heard in Kyiv, Kharkiv and several other cities, according to AFP correspondents.

Ukrainian border guards reported being under attack along the Russian and Belarusian frontiers.

His foreign minister said the worst-case scenario was playing out.

"This is a war of aggression. Ukraine will defend itself and will win. The world can and must stop Putin. The time to act is now."

At the present moment, we're asking, pleading for support of India. In case of aggression of totalitarian regime against democratic state, India should fully assume its global role. Modi ji is one of the most powerful&respected leaders in the world: Ambassador of Ukraine to India pic.twitter.com/uB1mhOiKjA

Ukrainian Ambassador to India Igor Polikha said in a media briefing streamed on Facebook that India is one of the few nations in the world which can influence Russia, and urged PM Narendra Modi to immediately contact Russian President Vladimir Putin and Ukrainian President Volodymyr Zelensky.

As Ukraine closed its airspace amid escalating tensions with Russia, India said alternative arrangements are being made to evacuate Indian nationals from Ukraine.

In an advisory, the Indian Embassy in Kyiv said the schedule of special flights were cancelled as Ukrainian airspace has been closed. “Alternative arrangements are being made for the evacuation of Indian nationals. Embassy will convey information as soon as such arrangements are finalized, so that Indian nationals can relocate to the western part of the country. Please carry your passports and necessary documents on your person at all times,” the embassy said in the advisory.

Within a few hours of Putin's speech, Russia's defence ministry said it had neutralised Ukrainian military airbases and its air defence systems.

In his televised address, Putin justified the operation by claiming the government was overseeing a "genocide" in the east of the country.

The Kremlin had earlier said rebel leaders in eastern Ukraine had asked Moscow for military help against Kyiv.

Biden, who had for weeks sought to lead a Western alliance to deter Putin from invading Ukraine, spoke with Zelensky after the Russian operation began to vow US "support" and "assistance".

"President Putin has chosen a premeditated war that will bring a catastrophic loss of life and human suffering," he said in a statement.

"Russia alone is responsible for the death and destruction this attack will bring, and the United States and its allies and partners will respond in a united and decisive way.

Biden was due to join a virtual, closed-door meeting of G7 leaders - Britain, Canada, France, Germany, Italy, Japan and the United States.

Meanwhile, Ukraine has said that 7 people have been killed while 9 have been injured due to shelling by Russia, Reuters reported.

Russia is facing global condemnation from Western powers over its actions in Ukraine with the European Union vowing to hold Moscow accountable for the military operation.