Moscow-installed authorities in an occupied Ukrainian region suggested plans for a referendum on joining Russia had been delayed even as reports emerged of a Ukrainian counteroffensive in the region. 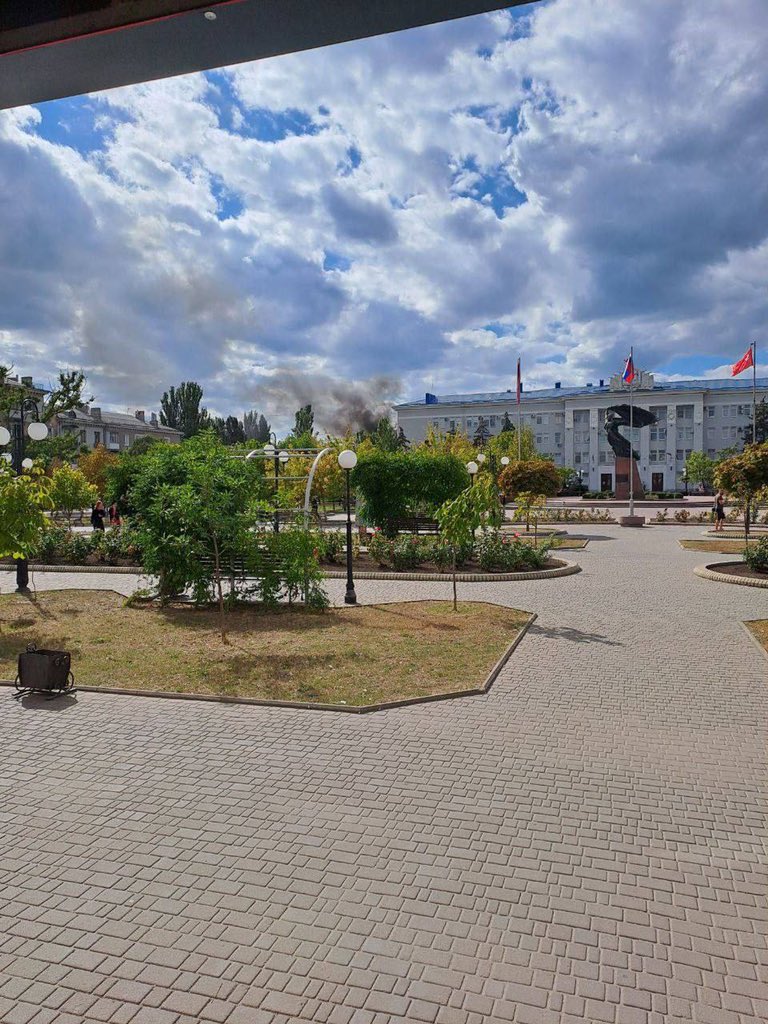 Ukrainian forces have claimed gains in their counter-offensive in the south, saying they have recaptured several areas and destroyed targets including a pontoon bridge, an ammunitions depot and a Russian army control centre. Photo courtesy: Twitter/@bayraktar_1love

The Kremlin, meanwhile, said its halting of gas deliveries to Germany via the Nord Stream pipeline was due to Western sanctions hampering maintenance, after the key infrastructure was closed indefinitely for repairs.

Since the first weeks of Russia's February invasion, Kherson and the southern region of Zaporizhzhia have been largely under Russia's control and are now being forcefully integrated into its economy.

Moscow-backed authorities have been for several weeks talking of holding referendums to officially join occupied territories to Russia, as happened in the 2014 annexation of Crimea, the NDTV reported.

But Kirill Stremousov, a pro-Moscow official in Kherson, told Russian state TV that "we will pause for now" despite preparing for a referendum due to "all the events that are occurring", amid a Ukrainian counter-offensive.

He later moderated his comments, saying the move "was not a pause" because no precise date had been set.

"The referendum will take place no matter what. No one will cancel it," Stremousov said.

Ukrainian forces have claimed gains in their counter-offensive in the south, saying they have recaptured several areas and destroyed targets including a pontoon bridge, an ammunitions depot and a Russian army control centre.

Ukrainian President Volodymyr Zelensky announced Sunday the recapture of two villages in the south and one in the east, without giving their names.

The deputy head of the presidential administration, Kyrylo Tymoshenko, also tweeted a photo of a Ukrainian flag being raised in the village of Vysokopillia in the north of the Kherson region.

"The Ukrainian counter-offensive is making verifiable progress," US-based research group the Institute for the Study of War said, noting gains in Kherson and the eastern Donetsk region.

The Russian government is seeking to open two new factories to repair armoured vehicles "in the interests of defence", according to a decree by Prime Minister Mikhail Mishustin made public on Monday.

Ukraine's southern command said its forces were trying to disrupt the Russian army's "management of troop movements and logistics" through air strikes and artillery fire.