In a symbol of the diversity of Singapore's culture, Vedic band Rudra is blending two different genres in its performance at Kalaa Utsavam 2021. Rudra made their debut in the Lion City in 1992. Ever since, they have continued to play their unique blend of Carnatic music with heavy metal. 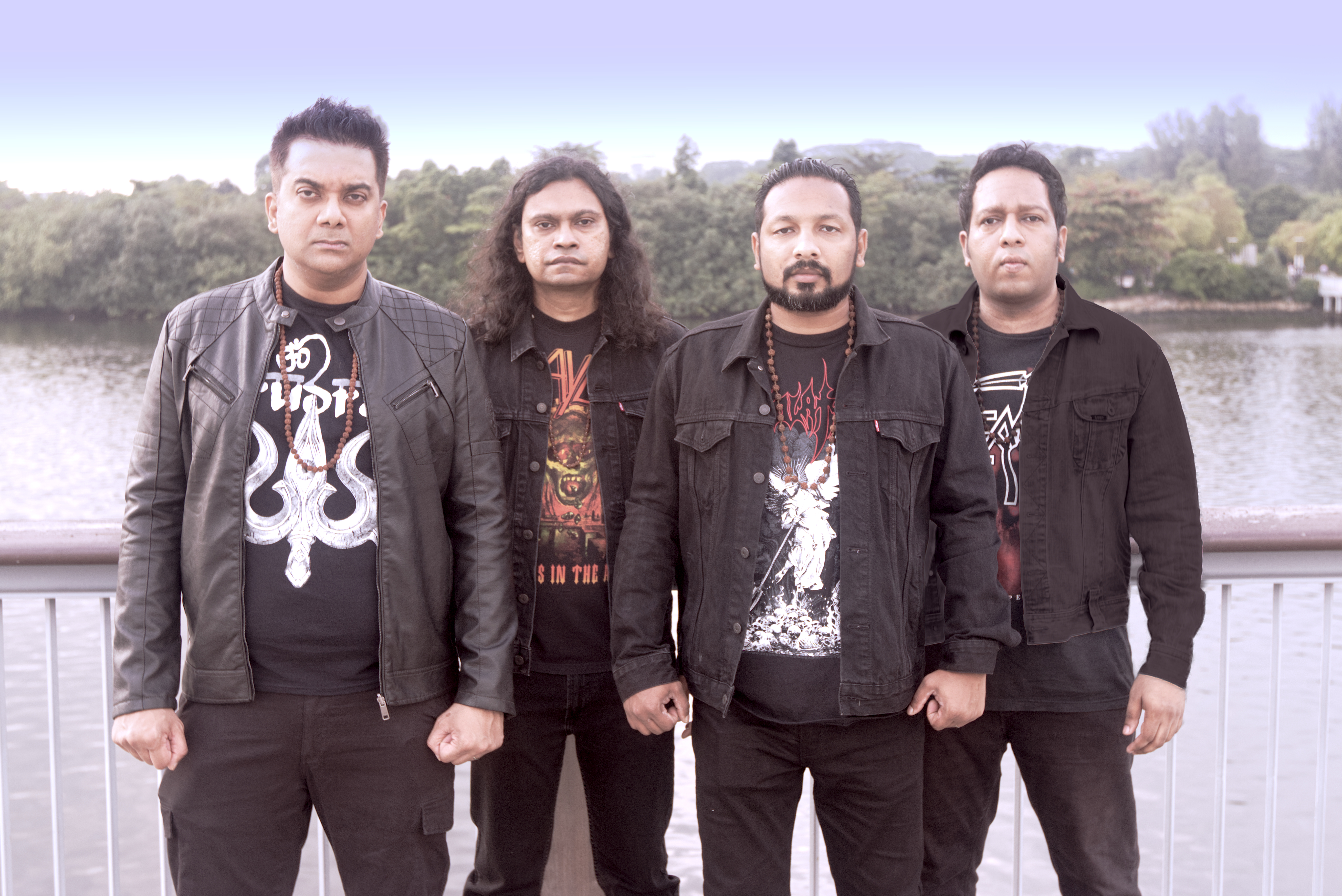 Rudra's show will mark the first time that Indian Classical musicians and Metal musicians will take the stage together in recent history. Photo courtesy: Esplanade - Theatres on the Bay

Tickets for this first-of-its-kind performance are available online.

"I don’t think we will ever do a show like this again here in Singapore. This is going to be monumental, epic and special," said founding band member Kathir (bass, vocals). Their show will mark the first time that Indian Classical musicians and Metal musicians will take the stage together in recent history.

Speaking about the various challenges in putting on a show in the current climate, band member Vinod (guitars) said that despite the Covid situation, things had gotten better and the three guest musicians were extremely professional and easy to work with. The biggest challenge they now had was how to get the crowd on its feet.

"All the shows we’ve ever done always had standing audiences. The crowd interactions, energy levels we feed off from the crowd plays a huge part on how we perform on stage. So our on-stage experience is going to be different," Vinod said.

Touching upon the inspiration that led to the band being formed, Vinod said that when Rudhra (spelled with an 'H') was launched in 1992, they were all motivated to play like the bands they looked up to. Returning from a hiatus in 1996, Kathir (bass, vocals) wanted to experiment with a new musical approach; fusing western instrumentations (guitars and drums) with Indian elements such as Vedic chants, droning effect style on the guitars, etc.

They didn’t know how listeners would react to it as no one had tried this before.

"He (Kathir) shared this concept idea with Shiva (drums). Shiva thought it was brilliant and the rest is history. Following the success of the debut and The Aryan Crusade album, that style had conceptually defined Rudra thus becoming our trademark," Vinod added.

Drummer Shiva said that there are many musicians and bands from various genres from both India and Singapore whom they draw inspiration from. They do not restrict themselves to a particular genre and try to keep their music as diversified as possible.

"Ilaiyaraaja, AR Rahman and late MS Viswanathan, all finest composers of their time who gave us numerous classics, definitely rank top in our India list. A big shout-out to the late SP Balasubramaniam too, who has proven that you do not require formal education in music to be a master in what you are doing," Shiva said.

"In the local scene, we grew up listening to many bands and those that stand out are Stomping Ground, Opposition Party, Silent Sorrow amongst many others, and of course Ramli Sarip.  To me a personal salutation to the band Savage. The drummer, Hakim, inspired me (and the band) into playing double pedals with groove," he added.

Devan (guitars) chimed in and said that they were looking forward to performing indoors at Esplanade Theatre for the first time, as their previous Kalaa Utsavam shows had been at outdoor venues.

They are also taking COVID safety measures in stride during preparations for the show, but feel dropping a pandemic-themed song would be a cliche which they tend to avoid.

"We are looking forward to playing in front of an audience. The energy and connection that we feel and share together with the audience are tough to describe. Sharing the stage together with the three classical musicians is also another aspect that we are looking forward to. They add another dimension to our performance sonically," Devan said, signing off.