"Don't let TERRORISM take over our town," the fliers said, days before the New Jersey elections when someone distributed anonymous fliers around Hoboken, featuring a photo of Ravinder Bhalla, wearing the turban that he always wears as a hallmark of his faith. 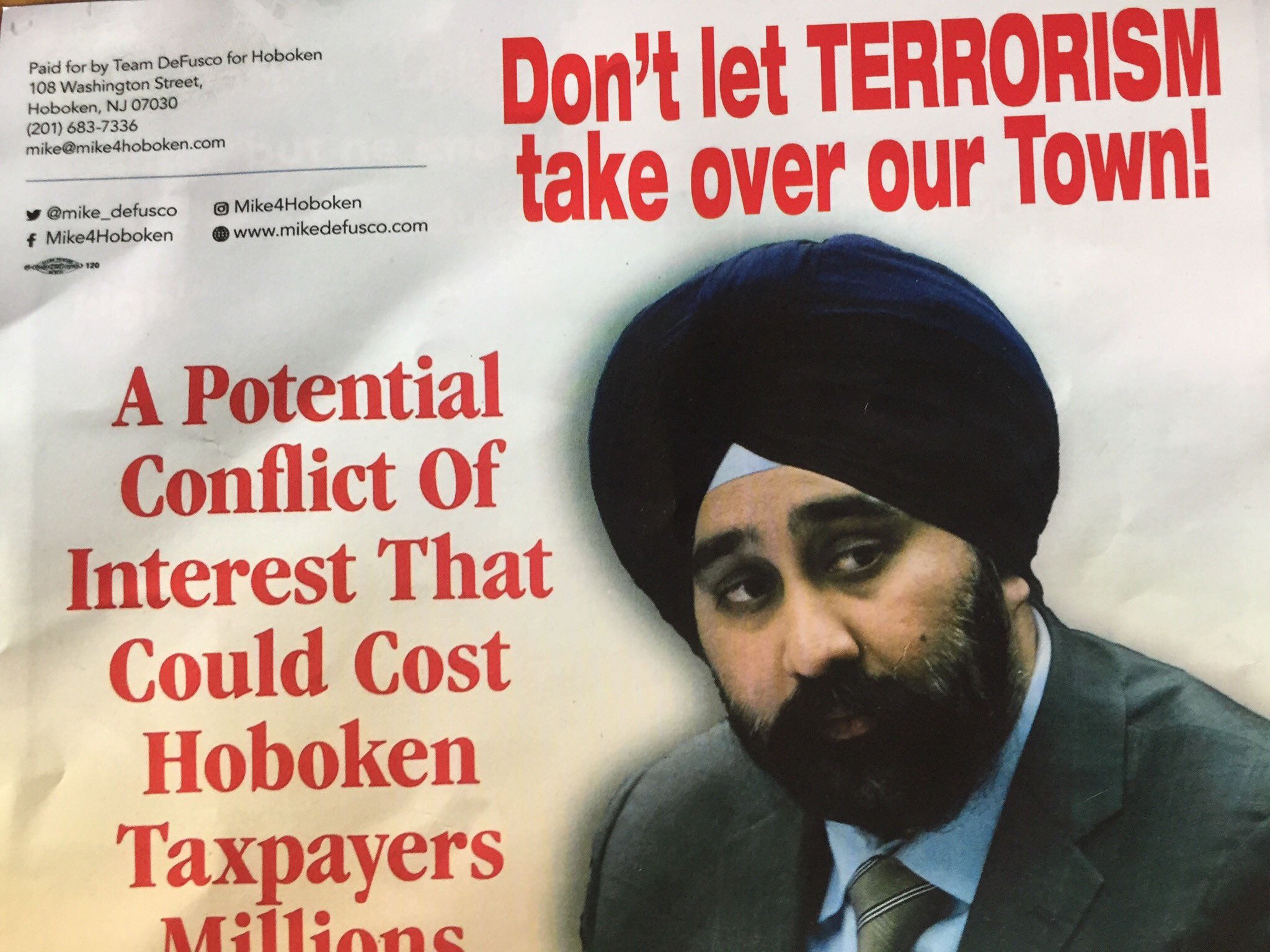 Last week, Bhalla was beaming in that turban, waving his arm in the air to celebrate his election as one of the first Sikh mayors of a major US city.

Bhalla, a Democrat who has served two terms on the Hoboken City Council, inspired enthusiasm not just in Hoboken but in the nationwide Sikh community of about 200,000 people, which has suffered frequent racist slurs and acts of violence since the Sept. 11, 2001, terrorist attacks. People tend to mix up Sikhs - members of a 500-year-old monotheistic Indian religion that is not related to either Islam or Hinduism - with Muslims.

"Given how much we've endured in this country, and frankly the fact that we have been here for more than a century now in the US and have felt largely ignored and neglected as a minority community, this is for us a signal shift, where we feel like we're getting on the map. This is a major development for us," Simran Jeet Singh, a religion fellow at the Sikh Coalition, said. "And it comes in a context where, like many minority groups, we're facing xenophobia."

Singh said his parents, who immigrated to the United States, could scarcely have imagined someone who looked like them winning elected office, and he's thrilled that his 18-month-old daughter will grow up seeing a turbaned Sikh as the city's leader.

In Hoboken, a city of more than 50,000 people across the Hudson River from Manhattan, Bhalla ran against five other candidates. He tweeted Saturday that the fliers about terrorism were "troubling, but we won't let hate win." CBS News reported that the fliers did not name the group that paid for them, a violation of state election law.