In a tweet, Malaysian broadcaster and political analyst Ramesh attached a 45-seconds clip of the maestro, who hails from Tamil Nadu, giving tune a classical Indian twist.

The post had taken social media by storm, having been retweeted over 1,300 times and liked 1,7000 times.

Our Negaraku on Veena by Rajesh Vaidya. Never heard a more melodious version than this! Beautiful. pic.twitter.com/TN0j4wqPYa

Born into a rich musical environment, Vaidhya inherited his indigenous talents from his father Sri.K.M. Vaidyanathan, a stalwart both in mridangam and ghatam. His tutelage under Carnatic veena maestro Shri Chitti Babu had Vaidhya picking up the finest nuances of veena. Currently, he is under tutelage by the living legend Sri.L.Shenkar.

According to media reports, this beautiful version of Negaraku was a collaboration between Vaidkhya and a company named Indah Atelier, which promotes batik by Malaysian artisans as a heritage product around the world.

Vaidhya himself posted a tweet on the partnership, expressing that he was "very delighted to be a part of it."

Excited to be working with one of the leading designer @IndahAtelier and being a part of abundance creativity and expressions through the art of pointillism ( million of dots ) by Malaysian artisan globalising batik via #myartisan campaign. I’m very delighted to be a part of it. pic.twitter.com/I2DFHAa3T2 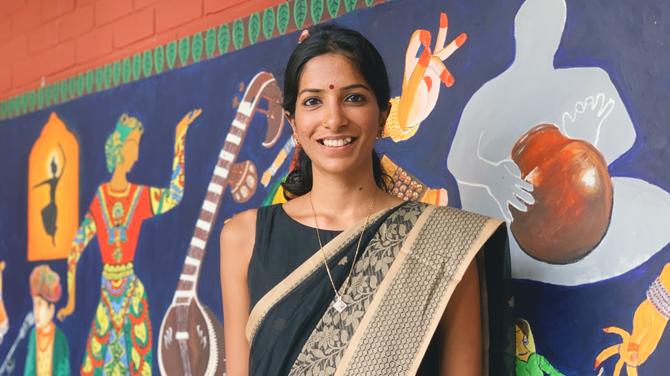 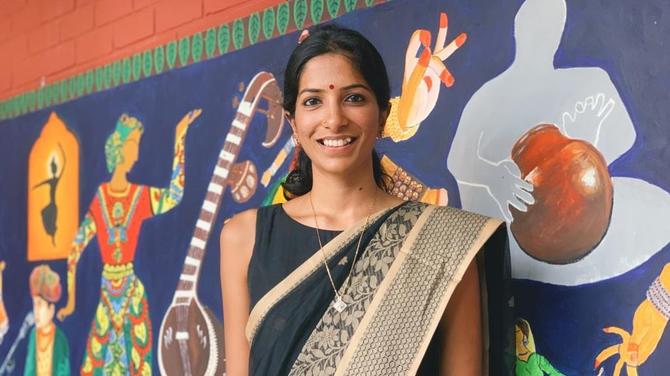