Russian President Vladimir Putin ordered a temporary ceasefire in Ukraine on the eve of Orthodox Christmas following a request from Russia's spiritual leader Patriarch Kirill, according to the Kremlin. 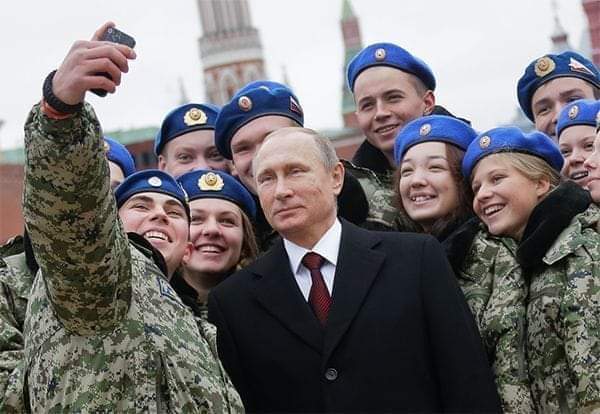 The announcement comes following a request for a ceasefire during the religious holiday from Russia's 76-year-old Orthodox leader Patriarch Kirill. Photo courtesy: Twitter/@Zzzaikar

"Taking into account the appeal of His Holiness Patriarch Kirill, I instruct the defence minister of the Russian Federation to introduce from 12:00 (0900 GMT) on January 6, 2023 until 24:00 (2100 GMT) on January 7, 2023 a ceasefire along the entire line of contact between the sides in Ukraine," the Kremlin said in a statement.

"Proceeding from the fact that a large number of citizens professing Orthodoxy live in the areas of hostilities, we call on the Ukrainian side to declare a ceasefire and allow them to attend services on Christmas Eve, as well as on Christmas Day," added Kremlin said in a statement.

The announcement comes following a request for a ceasefire during the religious holiday from Russia's 76-year-old Orthodox leader Patriarch Kirill.

Kirill suggested a truce from noon Friday through midnight Saturday, local time. The Russian Orthodox Church, which uses the ancient Julian calendar, celebrates Christmas on Jan. 7 — later than the Gregorian calendar — although some Christians in Ukraine also mark the holiday on that date.

Ukrainian presidential adviser Mykhailo Podolyak dismissed Kirill's call as “a cynical trap and an element of propaganda." President Volodymyr Zelenskyy had proposed a Russian troop withdrawal earlier, before December 25, but Russia rejected it.