One of the UAE’s most prominent Indian businessmen, Murij J Manghnani passed away at the age of 92, after a brief illness in Dubai on Wednesday.

Manghnani was the former chairman of the ITL Cosmos Group, a business conglomerate active in manufacturing, distribution, retail and financial services in Dubai, and was at the helm of the company during its formative years. He was instrumental in the foundation of the ITL Cosmos Group as a subsidiary of the Intra Group. In 2014 he handed over the Chairmanship of the company to Dr Ram Buxani. 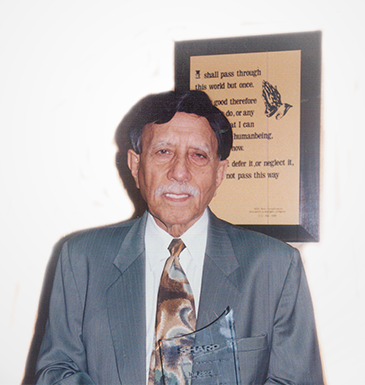 “Having lived 60 years together, out of which nearly 30 were under one roof, it is indeed difficult to accept the vacuum. People don't stay that long with their own children these days. But we have to accept the destiny. His guidance will always be with us," said Dr Buxani.

Manghnani also served as the Vice-Chairman of Al Razouki International Exchange Co  LLC in Dubai, operating under the management of Canara Bank, India.

He was also associated with many social and cultural organisations in India and abroad. A founder member of Indian High School and Indian Sports Club in Dubai, he was Chairman of both institutions. He had also been elected as president of India Club, a well-known social organisation of Indians in Dubai.

He was a keen promoter of the  Sindhi language and culture and was elected chief patron of Akhil Bharat Sindhi Boli and Sahit Sabha, the oldest Sindhi organisation of writers and artists.