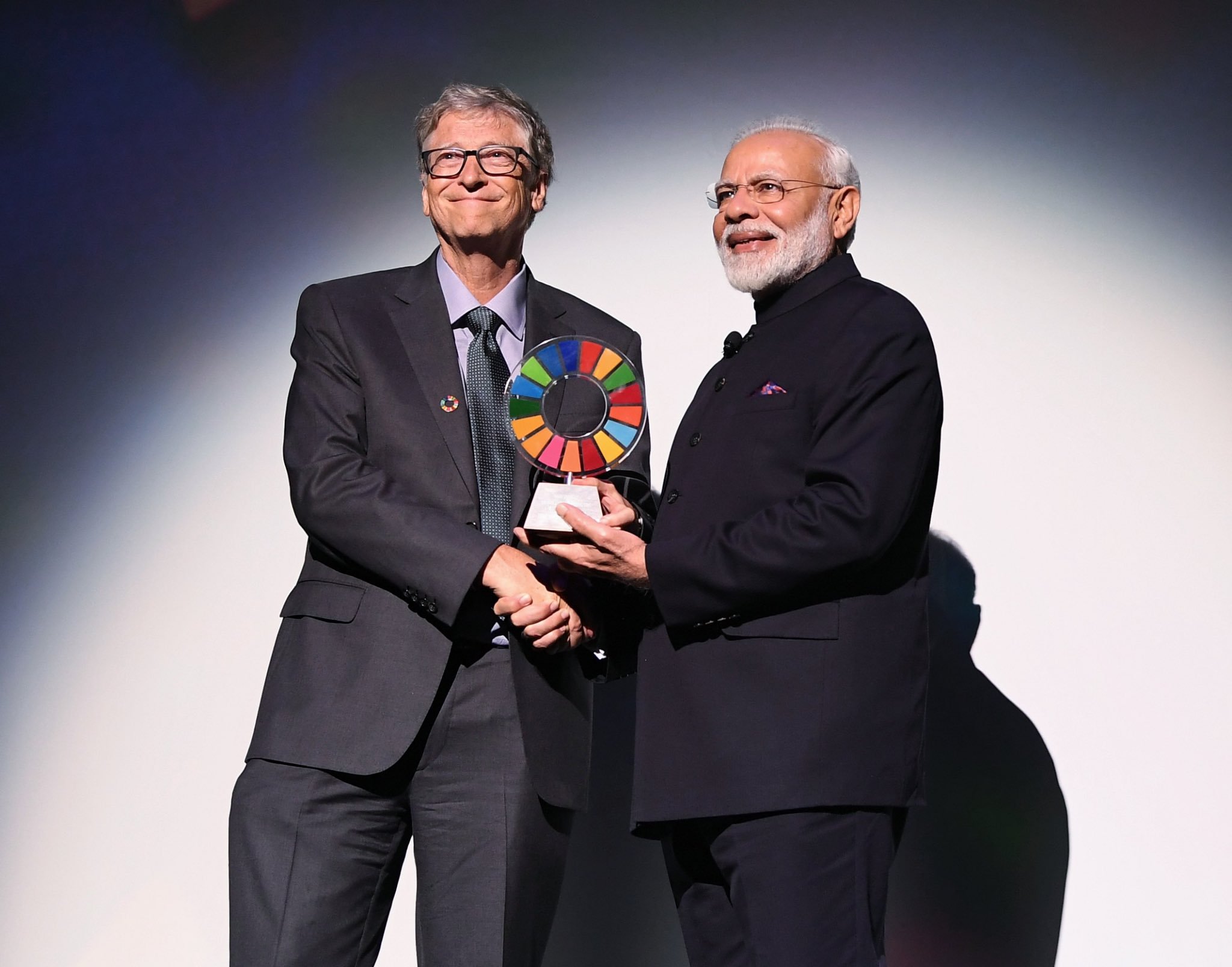 Indian Prime Minister Narendra Modi on Tuesday received the Goalkeepers Global Goals Award for his government's Swachh Bharat programme. The award was presented to him by Microsoft founder Bill Gates at a ceremony on the sidelines of the UN General Assembly (UNGA) meeting in New York.

"Gandhi ji's dream for swachhata (cleanliness) is now becoming true," Modi said after receiving the award. "The World Health Organisation has reported that three lakh people have been saved (from diseases) by the campaign... Getting the award in the year of Mahatma Gandhi's 150th birth anniversary is personally significant for me. When 130 crore people take a pledge, any challenge can be overcome.”

I dedicate the Global Goalkeeper Award, conferred by the @gatesfoundation, to the 130 crore people of India and the collective endeavours of our nation to improve cleanliness.

It makes me most happy that India’s successes in sanitation have helped women and children the most. pic.twitter.com/Va4QKMY3tv

The Swachh Bharat Mission was launched in October 2014 by the prime minister with the aim to improve cleanliness through solid and liquid waste management and make villages open-defecation free.

"Due to lack of toilets, a number of girls had to drop out of schools. Our daughters want to study, but because of lack of toilets, they had to abandon their education midway and sit at home," Modi said in New York. "The Swachh Bharat programme has changed this."

The @gatesfoundation has honoured me with the Global Goalkeeper Award at a time when the world is marking Mahatma Gandhi’s 150th birth anniversary and when India has made remarkable progress in fulfilling his dream of a Swachh Bharat. pic.twitter.com/7P2rLQveh1

Started by the Bill and Melinda Gates Foundation, the Goalkeepers award seeks to "bring together leaders from around the world to accelerate progress for ending poverty and fighting inequality", according to the organisers.

PM @narendramodi met @BillGates and @melindagates, Co-Chairs and Trustees of the @gatesfoundation after the Goalkeepers Global Goals award 2019 at the Lincoln Centre in New York. pic.twitter.com/K2mz0uPuSV