Indian Prime Minister Narendra Modi will deliver the keynote address at the Shangri-La Dialogue on June 1 next year, stated the International Institute for Strategic Studies (IISS).

Making the announcement through a press release, IISS, which organises the dialogue, said, “Singapore Prime Minister Lee Hsien Loong confirmed in his speech at the closing ceremony of the 31st ASEAN Summit in Manila that Modi will speak at the dialogue.” 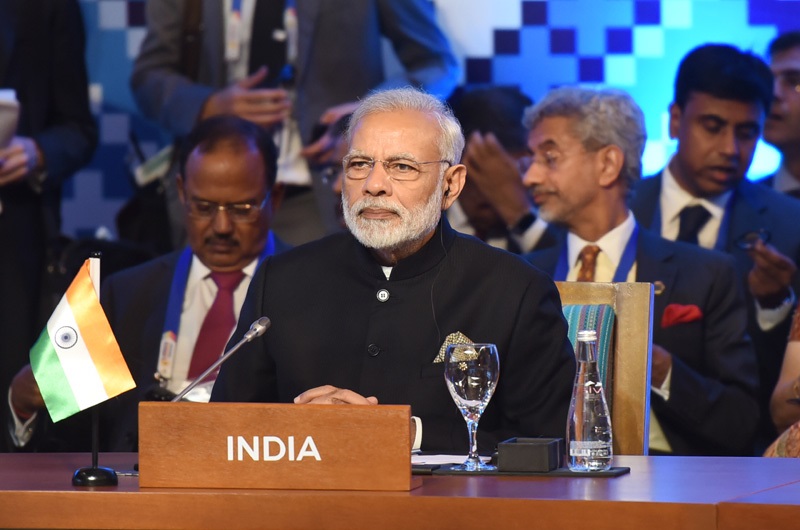 The announcement assumes significance as India is organising  a special regional Pravasi Bharatiya Divas (PBD) in Singapore to commemorate 25 years of partnership between India and the Association of South East Asian Nations (ASEAN) on January 6 and 7, 2018.

The announcement has come close on the heels of a surge in the popularity ratings of Indian Prime Minister Narendra Modi conducted by Pew Research Center survey.

Welcoming the speech of Modi, Tim Huxley, Executive Director of IISS-Asia, said, “We are very pleased that Prime Minister Modi will speak at the Shangri-La Dialogue next year. The decision of India’s Prime Minister to speak to defence and security leaders from across the Asia-Pacific region underlines the importance of India’s ‘Act East’ policy.

He added, “We know Prime Minister Modi’s speech will be eagerly anticipated in the region.”

The Shangri-La Dialogue, first convened in 2002, is an annual meeting for defence ministers, military chiefs and top-ranking defence officials from across the Asia-Pacific and other countries "vitally concerned with the region’s security", according to IISS.