Days after a bridge collapse killed over 130 persons in Gujarat’s Morbi, Prime Minister Narendra Modi visited the site of the tragedy and reviewed the ongoing search and rescue operations. He also met the injured admitted at the Morbi Civil Hospital. 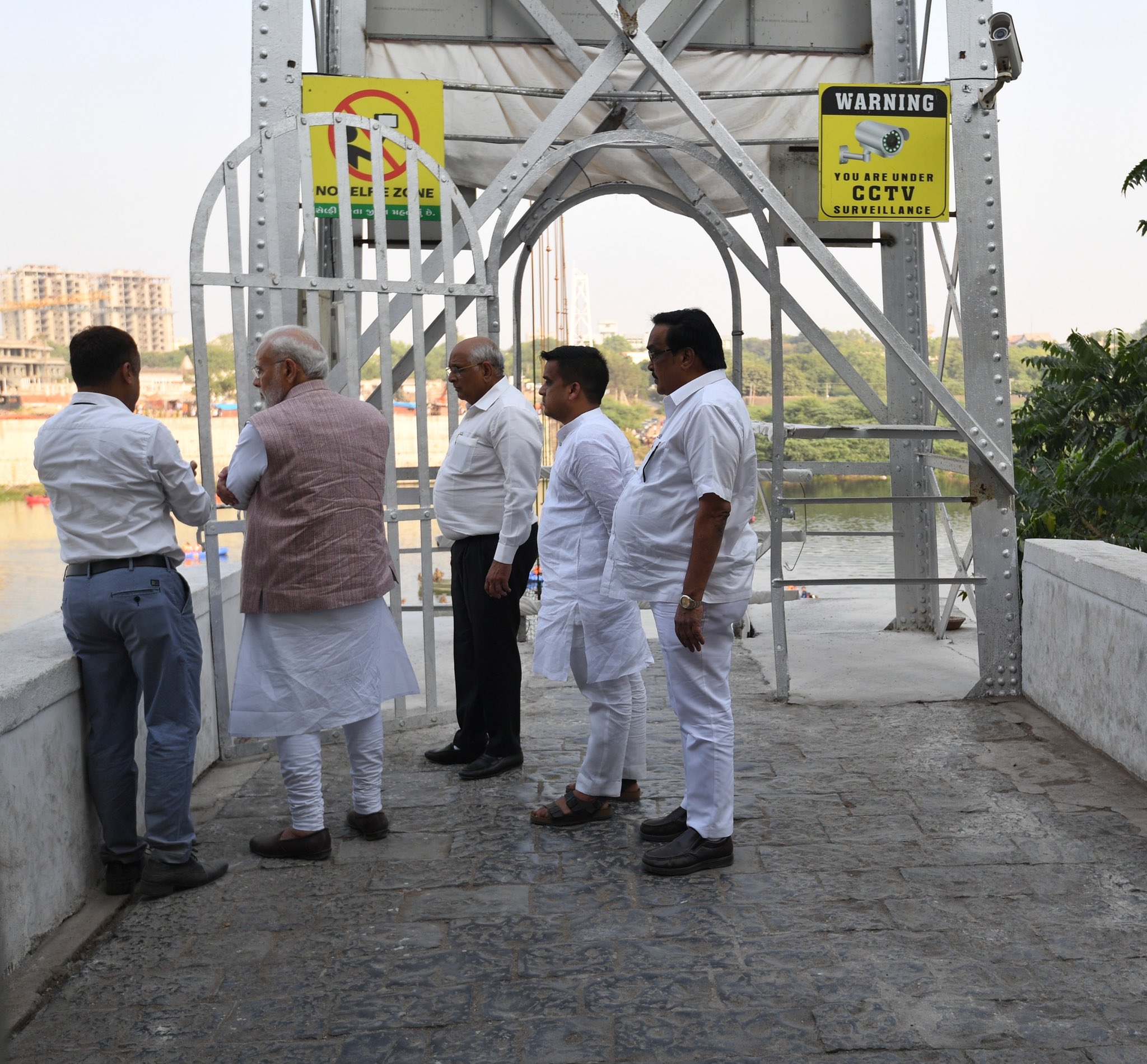 PM Modi also chaired a high-level meeting to review the situation. According to officials quoted by PTI, he said a “detailed and extensive” inquiry to identify all aspects relating to the tragedy is the need of the hour, and that key learnings from this must be implemented with immediate effect. He added that authorities must be in touch with the affected families and ensure all possible aid to them.

The PM also met the persons carrying out the rescue and relief operations.

The 135-year-old suspension bridge (JhooltoPul) collapsed on Sunday evening, four days after it was reopened, after being closed for over seven months for repair and renovation work. A total of nine persons have been arrested on charges of culpable homicide (not amounting to murder).

These include two managers of Oreva Group (Ajanta Manufacturing Pvt Ltd) , the company which was awarded the contract to maintain the bridge by the municipality, two ticketing clerks, two contractors engaged by the company for bridge repair work, and three security guards who were supposed to control the footfall on the bridge.