Over 141 people are feared dead after a nearly 100-year-old suspension bridge over the Machchhu River in Gujarat's Morbi collapsed tonight. Almost 500 people fell into the river when the structure snapped. 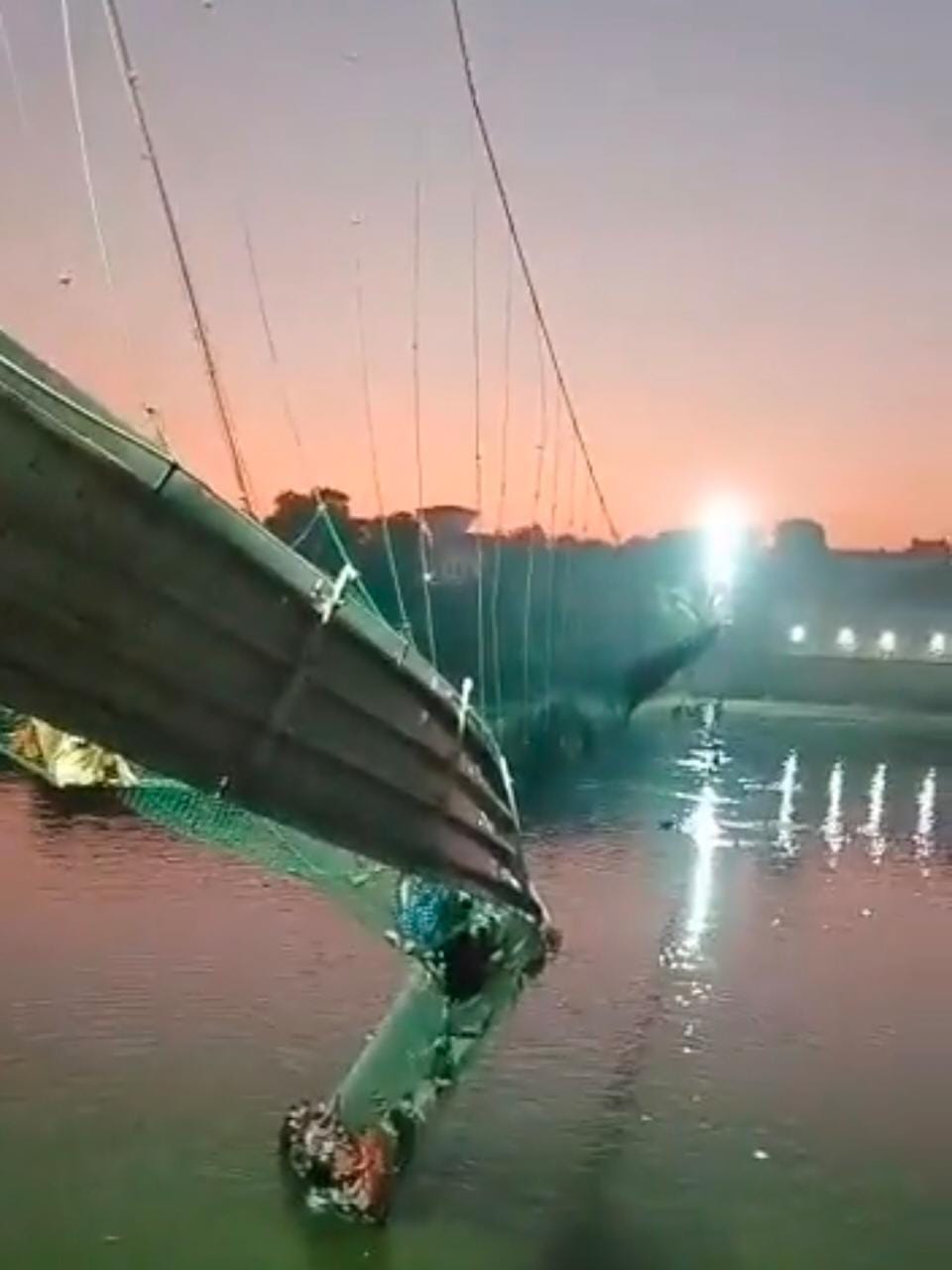 As per initial inputs, the bridge is a local picnic spot that sees huge crowds on weekends and other holidays. Photo courtesy: Lalit Chaudhary & Vaibhav Srivastava

Three squads of NDRF with 50 personnel of Indian Navy, two columns of Army for rescue and relief operations with 30 personnel of Indian Air Force and seven teams of the Fire Brigade from Rajkot, Jamnagar, Diu and Surendranagar have departed for Morbi with advanced equipment , said the Gujarat Chief Minister's Office.

Gujarat CM Bhupendra Patel has announced a compensation of INR 4 lakh to the families of the deceased, and INR 50,000 to the injured. The Prime Minister's Office has also announced an ex-gratia of INR 2 lakh from Prime Minister's National Relief Fund (PMNRF) for them. A helpline has been set up for inquiries at 02822-243300.

The CMO also tweeted that Patel is leaving for Morbi, cancelling all his other events, to monitor the situation and review the rescue and relief operations currently underway.

The area has no electricity connection - a factor that is making the rescue operations further difficult. Mohan Kundariya, Member of Parliament from Rajkot, said more than 60 bodies have been fished out of the water so far. Reports from the local hospital state that the death toll has risen to 91, with many patients in critical condition.

The incident took place at 6.40 pm when dozens of people were on the bridge, known as Julto Pool (shaking bridge); the 230-metre-long (754 feet) colonial-era crossing was built during British rule of India in the 19th Century.

The bridge was owned by the Morbi municipality. However, the civic body had signed a memorandum of understanding (MoU) with Oreva Group, a private firm a few months ago, handing over its operations and maintenance for 15 years. 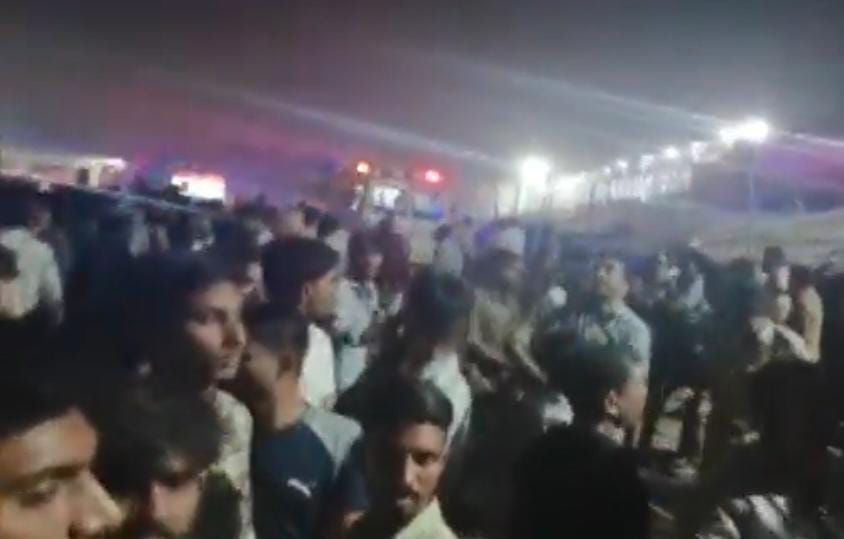 The bridge is reportedly a local picnic spot that sees huge crowds on weekends and other holidays.