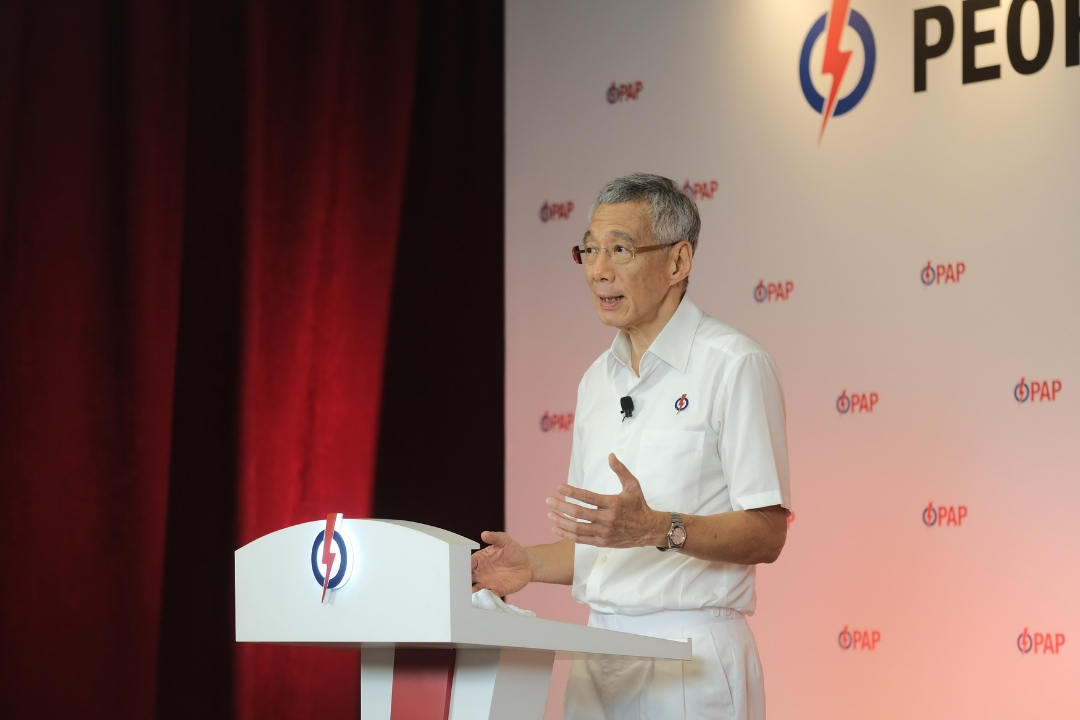 PM Lee stated that while there were no new Indian candidates this year, there are "quite a number" of sitting Indian office-holders and incumbent MPs who are not stepping down this time round. Photo courtesy: PAP

During a virtual press conference organised by the PAP, PM Lee said the party would like to have a balanced slate each time "but at the margins, variations from year to year cannot entirely be precluded".

"Overall, what is important and what we will look at, is not just how many new ones are coming in, but how many will be in Parliament in the next term," he added.

PM Lee stated that while there were no new Indian candidates this year, there are "quite a number" of sitting Indian office-holders and incumbent MPs who are not stepping down this time round.

He assured the voters that there will continue to be Indian MPs to represent the Indian community and other voters, just as there will be Malay ones "in good measure".

PAP Sec-Gen Lee Hsien Loong said that the stakes for this election are high as people’s lives and livelihoods are impacted. He called on Singaporeans to vote for the PAP as it is the Party with the experience, the commitment and the ideas to take 🇸🇬 forward.#GE2020 pic.twitter.com/FrOjGWHjbh

PM Lee, who was addressing reporters on Nomination Day, said that this was a "crisis election".

"These are elections that focus everyone's minds and they can also change the course of history... This is such a crisis and as our manifesto puts it, what is at stake is our lives, our jobs, our future. Everything depends on which government you choose," he said.

In a message to the Singapore voters, PM Lee stated that the PAP team has worked very hard to put together the best team for the upcoming polls.

"It is an experienced team anchored by Ministers and MPs who have seen Singapore through past crises, and therefore know what to expect, what to do, what pitfalls and traps to avoid. We have also refreshed the team with a younger generation of promising Singaporeans," he said.