Over 200,000 Indians waiting for family-sponsored US Green Cards: Immigration data

According to the latest official immigration data from the United States, over 227,000 Indians have been waiting for their family-sponsored Green Card or legal permanent residency to come through. Of the estimated four million on the Green Card waiting list, Mexico with 1.5 million is followed by India with 227,000 and China with 180,000. 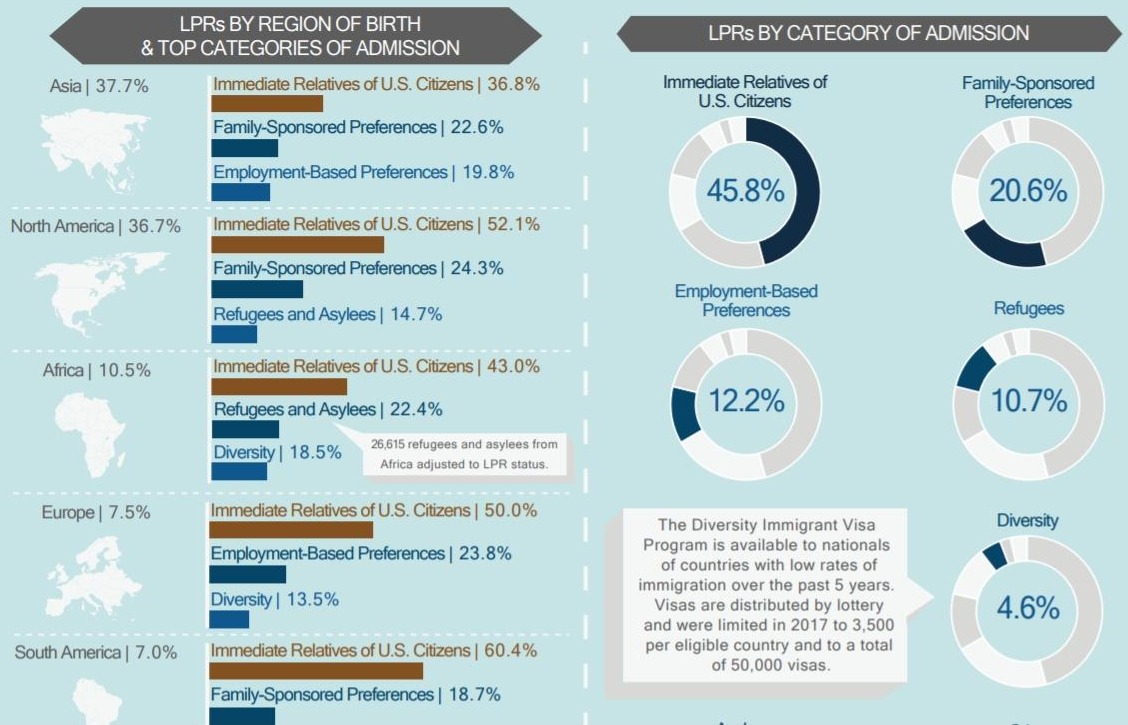 According to the Department of Homeland Security’s (DHS) data, the majority of Indians waiting in line for family-based Green Cards are siblings of US citizens, numbering over 181,000. This is followed by 42,000 married children of US citizens and over 2,500 spouses and minor children of permanent residents.

In addition, around 827,000 immigrants, with over 75 per cent from India, are also waiting in line for permanent legal residency, according to the USCIS. The waiting time for an employment-based green card applicant from India is estimated at over a decade for IT professionals and around seven years for doctors, claimed Indian-origin groups in the US.

Under the current law, US citizens can sponsor their family members and blood relatives for Green Cards or permanent legal residency with the US congress capping the total number of Green Cards available at 226,000 per annum.

US President Donald Trump has repeatedly spoken about abolishing the provision, which he calls ‘chain immigration’ and is at loggerheads with the Democratic party who champion the family-sponsored immigration system.