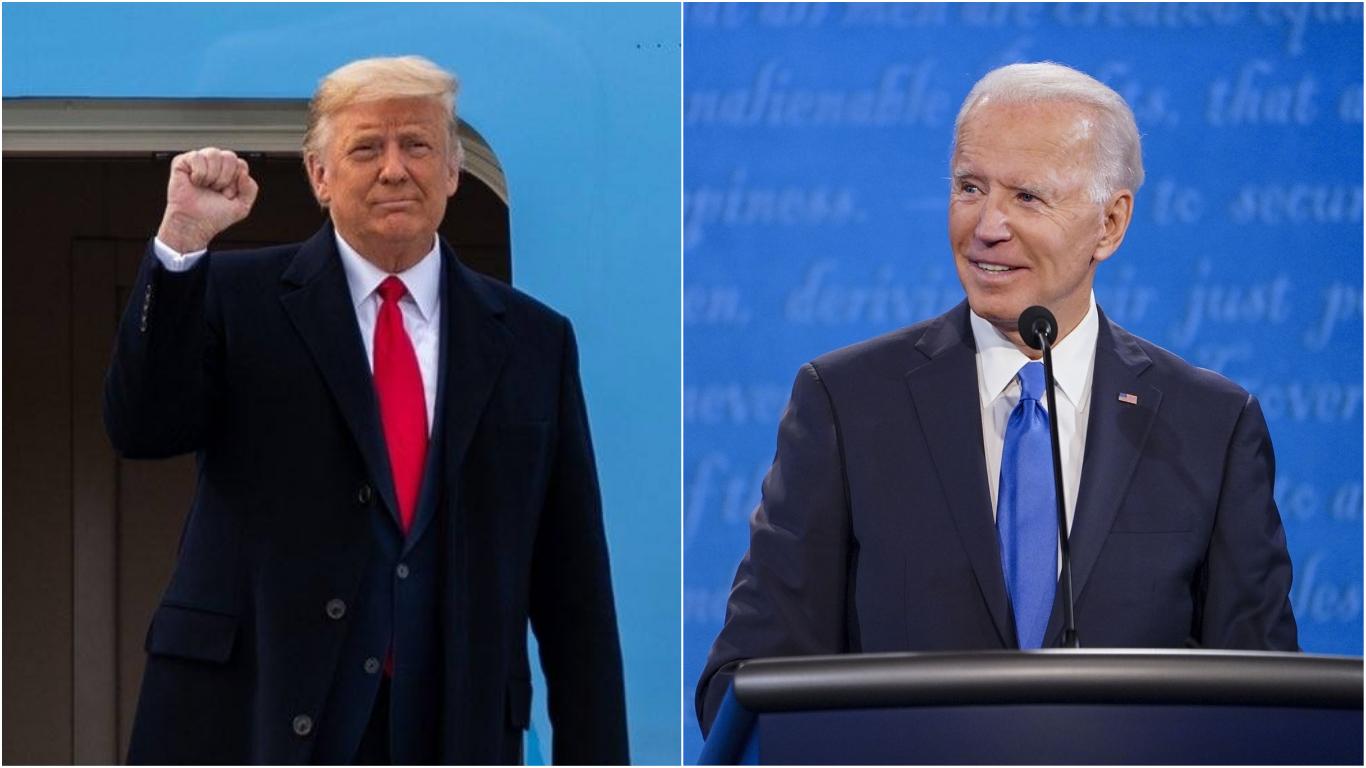 As the United States heads for the conclusion of the presidential election process, opinion polls on the eve of the results predict a tight contest between Joe Biden and Donald Trump, especially in key battleground states.

Democratic nominee Biden's lead has shrunk in the last few days, especially as President Trump and his family have been visiting the key battleground states, with Trump having held as many as 15 rallies while the first family and Vice-President Mike Pence have together held more than 40 rallies in the last three days of the election.

Real Clear Politics, which maintains an average of major opinion polls, has said that Biden was leading Trump in key battleground states by about 2.9% which falls within the margin of error.

US media is reporting that Trump is trailing in key states like Pennsylvania, Florida, Michigan, Arizona and Wisconsin making winning the election a difficult task for the president.

However, most are taking all predictions with a pinch of salt with memories of the 2016 election still fresh in people’s mind, where Trump appeared to be trailing in all opinion polls leading up to the result but ended up winning the electoral college.