Nitesh and Ashwiny are a deadly combination: Ayushmann Khurrana 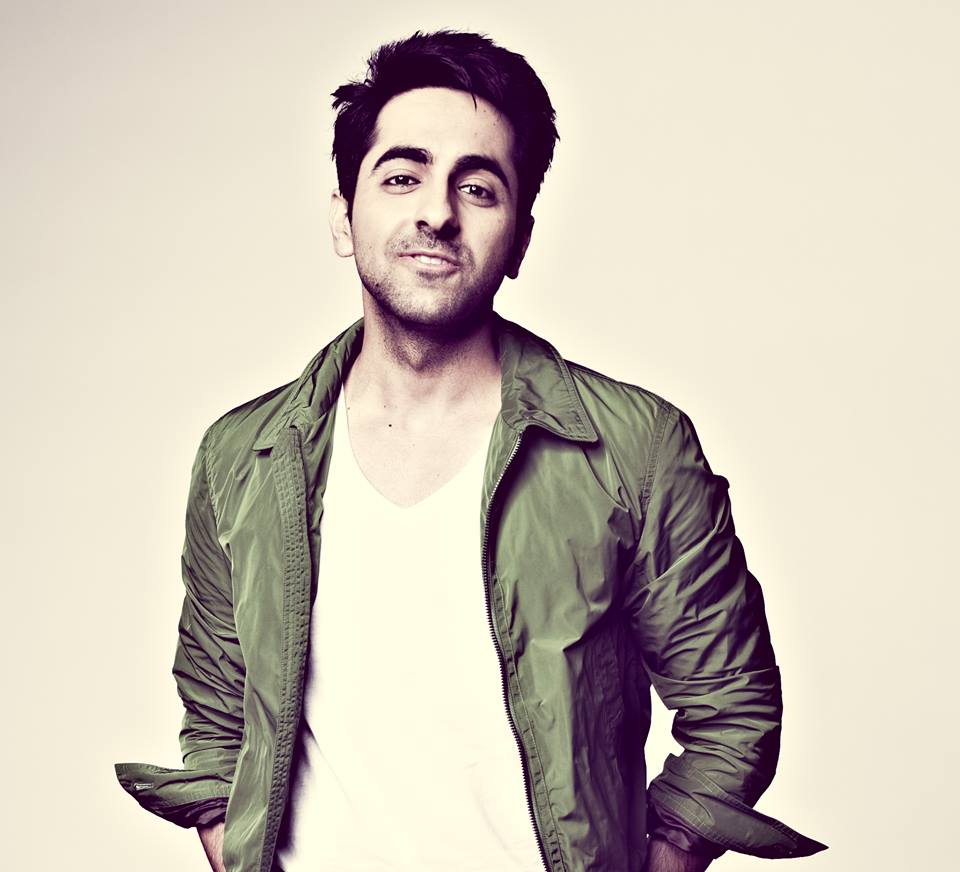 Ayushmann Khurrana is one of the very few newcomers in Bollywood who has successfully charmed his audience primarily with his acting skills. Spreading some charm in his adept performance in the recently released Bareilly Ki Barfi, the actor spoke to Connected to India (CtoI) over a phone call.

Debuting in Shoojit Sircar's romantic comedy Vicky Donor (2012), which touched on the topic of sperm donation in India, Ayushmann started his career as a popular radio jockey, and eventually became a VJ on MTV India and one of the most popular hosts in India. His effortless act in his debut won him rave reviews and the film went on to become one of the biggest hits of the year. The song in the film, Paani da, sung and co-composed by him, marked his arrival in the Hindi film industry. He also won a slew of highly prestigious awards in 2012.

Ayushmann studied at St John’s High School and DAV College in Chandigarh where he was the founder member of active theatre groups Aaghaaz and Manchtantra. He majored in English Literature and has a master’s degree in Mass Communication from the School of Communication Studies, Punjab University.

CtoI: How was the experience of playing the role of a small-town guy in Bareilly Ki Barfi? What preparations did you undergo for the character?
Ayushmann Khurrana: I have done small town roles before. This one is slightly different because I am playing the bully in the film, I am not playing a sweet boy at all, so that’s a different thing to me.

As far as the accent is concerned, it’s such a diverse country, the accent changes every 20 km, so I changed it. The body language and accent are different in the film. 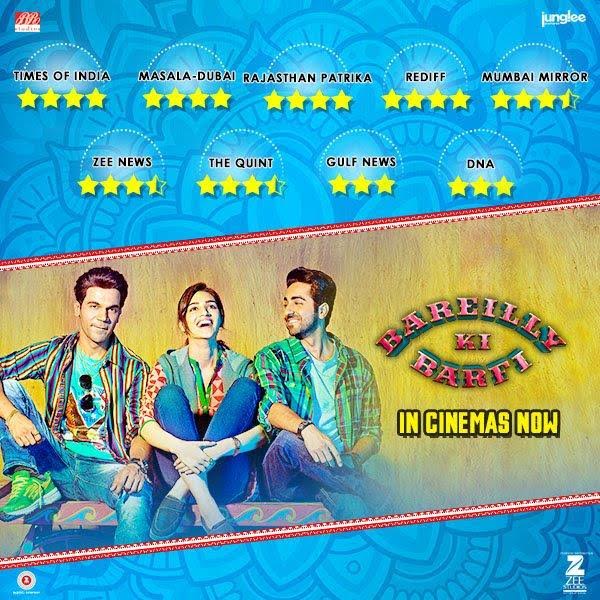 CtoI: Did you undergo any sort of linguistic training to pick up the accent?
Ayushmann Khurrana: Of course, we had a language coach for the accent preparation. His name is Rohit Choudhary, who is also an actor and played the role of Munna in the film. He took care of the dialect, the language for everybody in the film so that it sounds the same and like everybody is from the same city. Of course, there is some variation according to the education of the person. For example, my accent and Bitti’s accent is similar but Rajkummar’s is more basic because he is not directly from the city. We had some workshops also before we had gone to Lucknow and Bareilly. 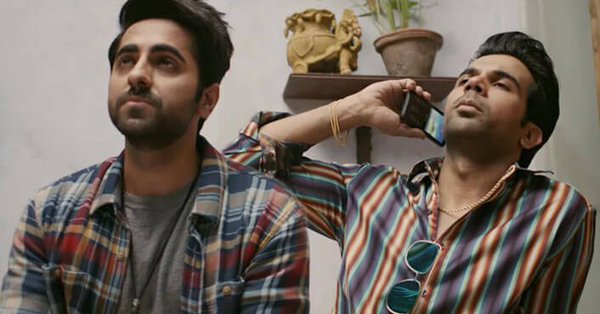 CtoI: How was the experience working with Rajkummar Rao?
Ayushmann Khurrana: Amazing, he is one of the most interesting actors we have in our country. His sense of cinema is unique, I am glad he is in the film, the trio is very interesting.

CtoI: How do you choose your films?
Ayushmann Khurrana: I think it’s the instinctive reaction when we listen to a script. It’s the pure reaction. When I heard the script by Nitesh Tiwari, I drooled away. I got to know that time that Ashwiny has made Nil Battey Sannata and I saw the film in the edit room, the film had not released that time. I was watching the film and I was sobbing because I was so emotional watching it. I came out of the edit room, I called up Ashwiny and said, “Ma’am I want to work with you.” Nitesh and Ashwiny are a deadly combination. Nitesh coming after Dangal and Ashwiny after Nil Battey Sannata and of course Kriti and Rajkummar, so it was a great team. 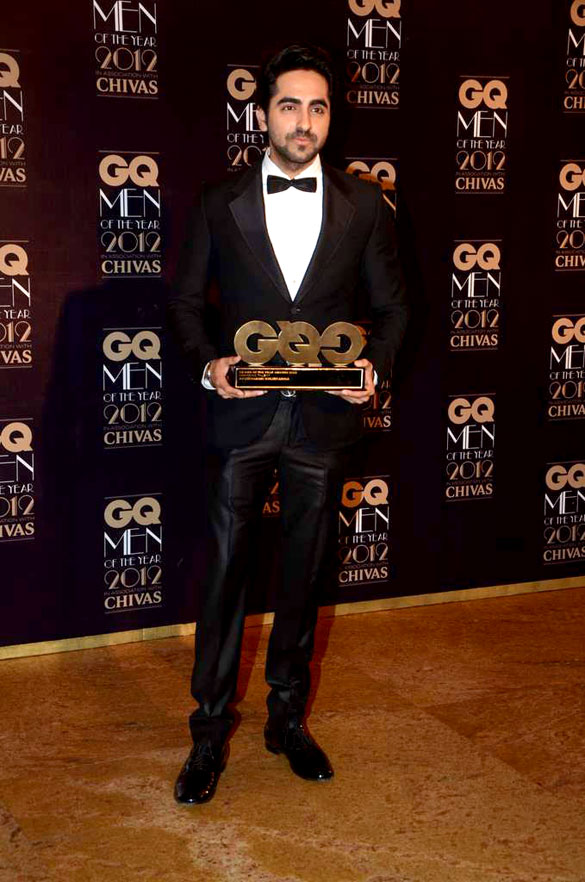 CtoI: Why do you think the theatre is so far behind movies in India and how would you bring it into the limelight?
Ayushmann Khurrana: We come from that culture where people are used to watching street plays, it is a cultural thing that films are revered more. In the West, we have theatre, musical shows. In India, films are about music and dance. Cinema has more reach. The theatre is the food for the soul, it’s not food for the stomach in India. It’s just very unfortunate because theatre is a great medium. You get an instant reaction from people in theatres. But it’s sad that theatre is not prolific in our country but urban cities like Mumbai and Delhi have an audience for theatre. But it’s a changing time, we also have a couple of musical shows like Zangoora and Jhoomroo. I think it will take some time but I hope the transition happens.

CtoI: There have been a lot of remakes of old Bollywood and Hollywood movies. Do you feel remakes are tributes or just copies of the originals?
Ayushmann Khurrana: Remakes work for sure for a larger audience. But otherwise, it depends on the culture, language and audience of the film.

CtoI: Do you plan to pursue a singing career too?
Ayushmann Khurrana: I am more of an actor, but I have sung a song in this film - Nazm. If the role demands, I would definitely sing more.

CtoI: You started your career as a Radio Jockey and a VJ then shifted to movies. How has Ayushmann Khurrana changed over the years?
Ayushmann Khurrana: I think I am the same simple guy who doesn’t have big demands in life. I am quite low maintenance as a person. I like to keep my life simple and easy. I think if you keep it like that, it’s easy to be happy.

Sharing his love with the Singapore audience, the actor said, “Thank you so much for accepting me as an artiste.” 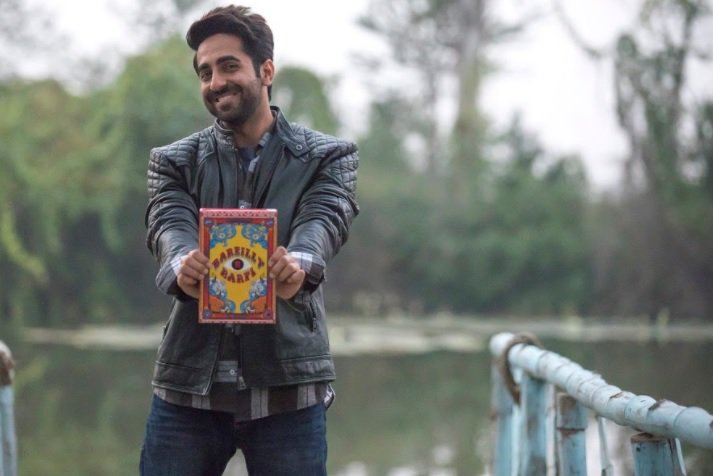 His next flick, Shubh Mangal Saavdhan with Bhumi Pednekar, will hit the screens on September 1.