Nine-year-old Indira Sharma is following in the footsteps of her father and elder brother as a yoga prodigy. 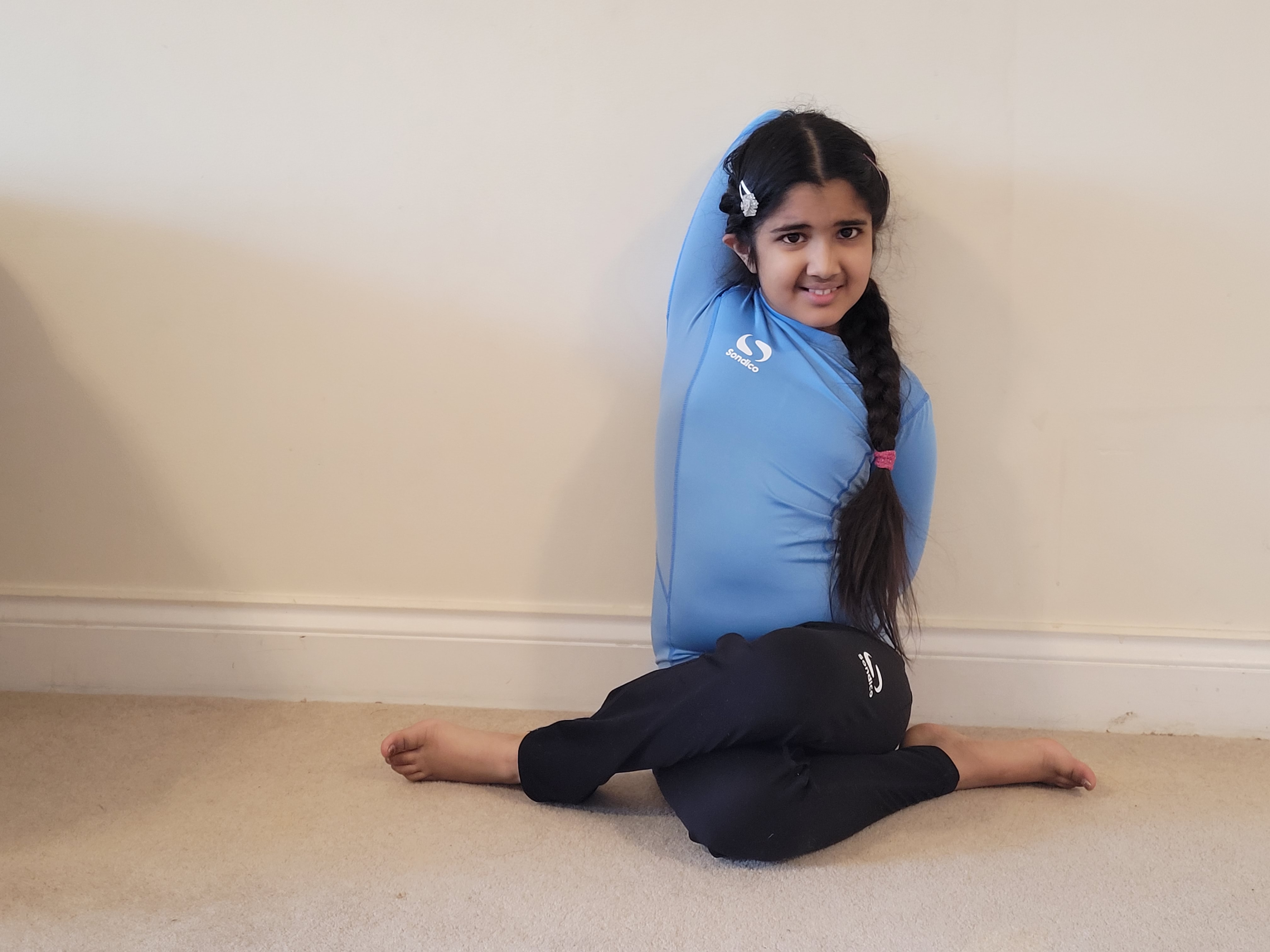 Indira with her brother jointly created an e-petition to the UK Government to include yoga in the school curriculum, which was signed by nearly 20,000 people. Photo courtesy: iYogasolutions

The Indian-origin girl from Sevenoaks, Kent won the gold medal in the under-11 UK National Yoga Championship held in London, adding to the laurels of her family in this field. With her victory, she has qualified for the world yoga championship.

She, along with her father Dr Nanjundiah Vishwanath and brother Ishwar, have taken the initiative to inspire children and adults alike to take up yoga as a daily practice, especially in the UK where they live. Some of their innovations include Vedic yoga with choreography to music, Hatha yoga postures with acroyoga and artistic yoga.

Dr Vishwanath believes in educating students to manage stress through yoga which can help them in all spheres of life. 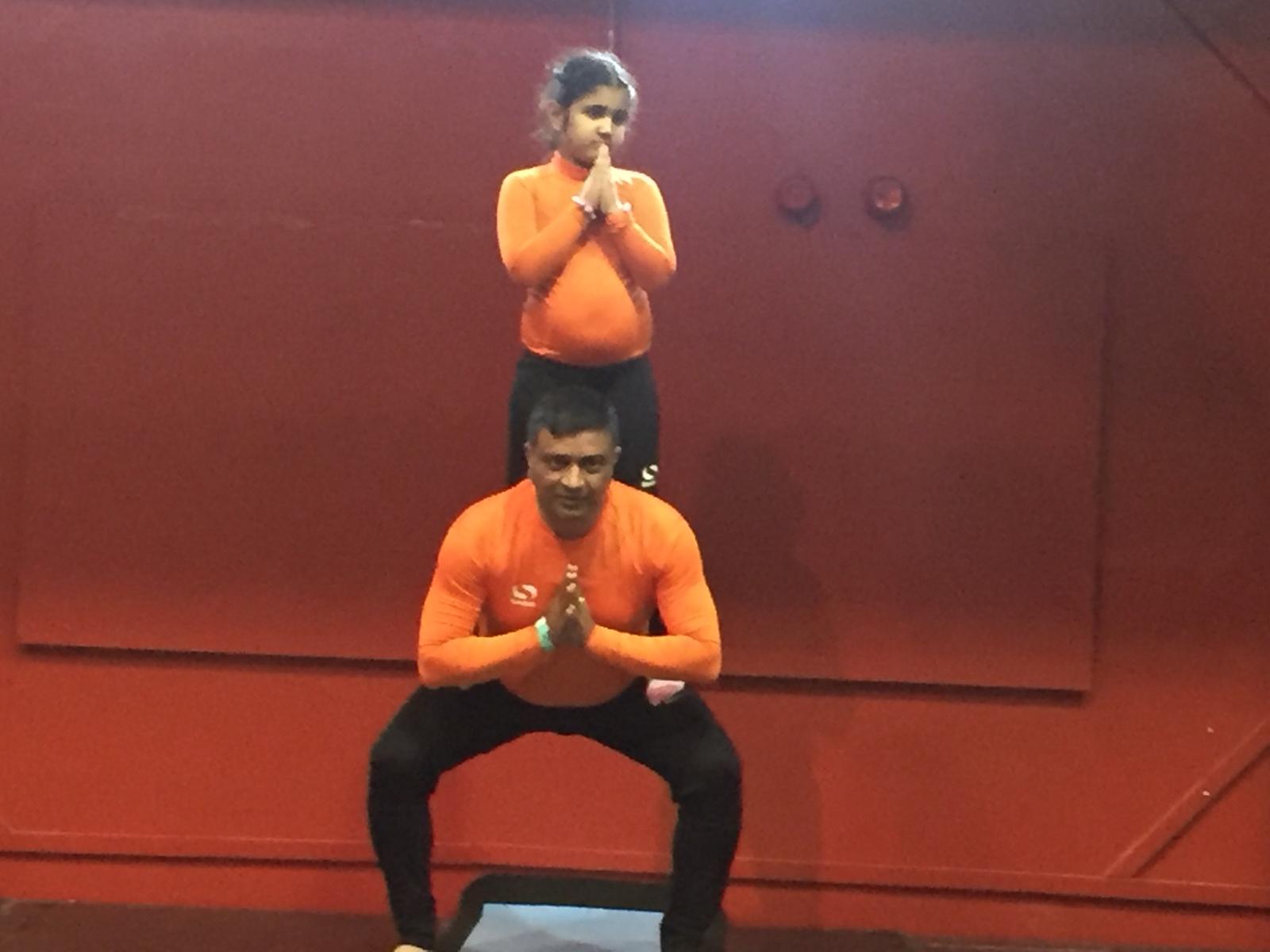 Indira has performed with her brother Ishwar and Dr. Vishwanath in various national and international events. Photo courtesy: iYogasolutions

Indira with her brother jointly created an e-petition to the UK Government to include yoga in the school curriculum, which was signed by nearly 20,000 people.

She has also participated in performances in various national and international events with her father and brother. Indira also won an international medal in family yoga last year and has featured in the international yoga calendar of children last two years. 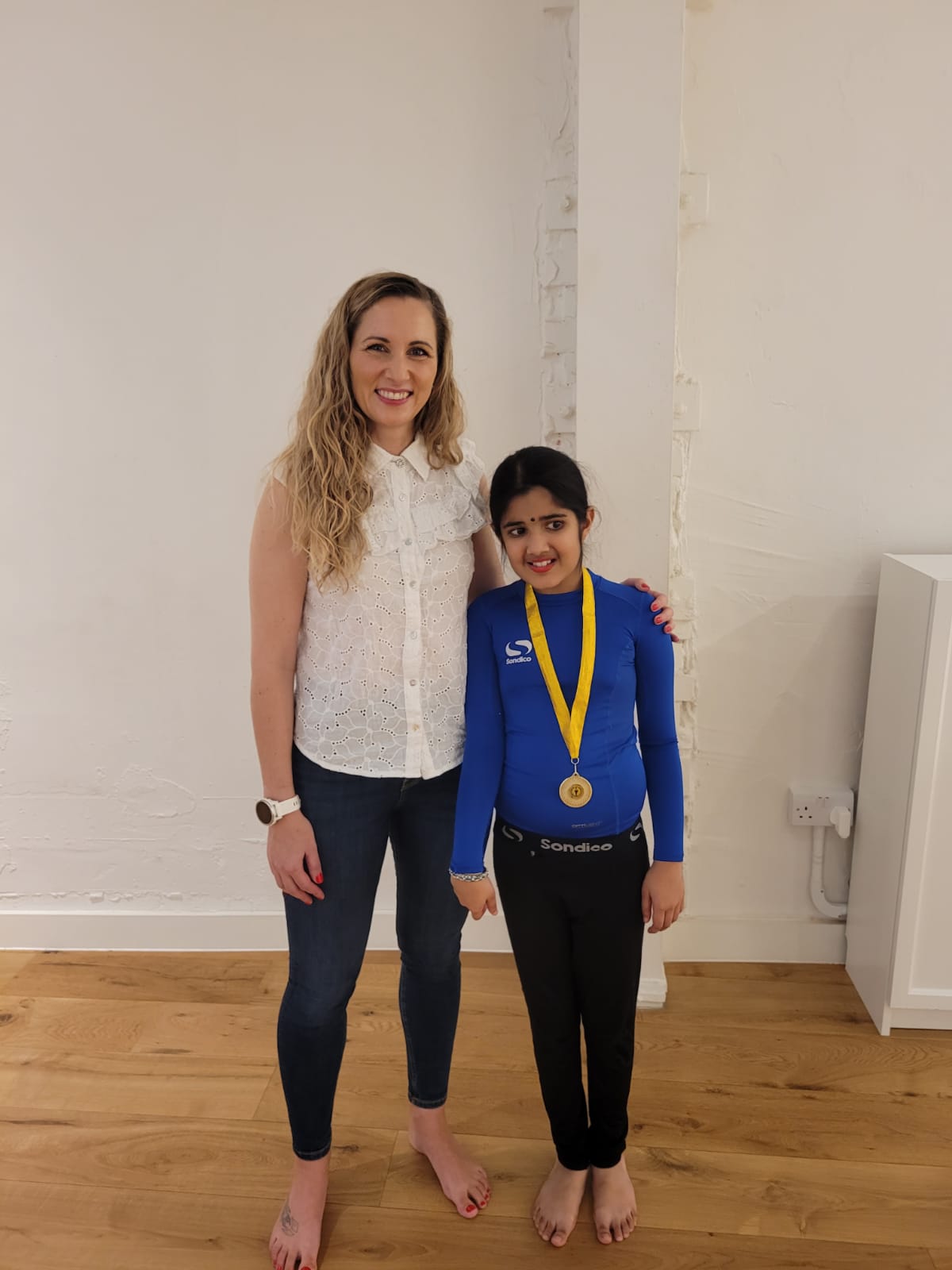 Dr Vishwanath, who has been an avid yoga practitioner since his childhood, says it is his lifelong ambition to integrate yogic lifestyle with modern medicine. From the look of things, it seems his children have inherited that passion.