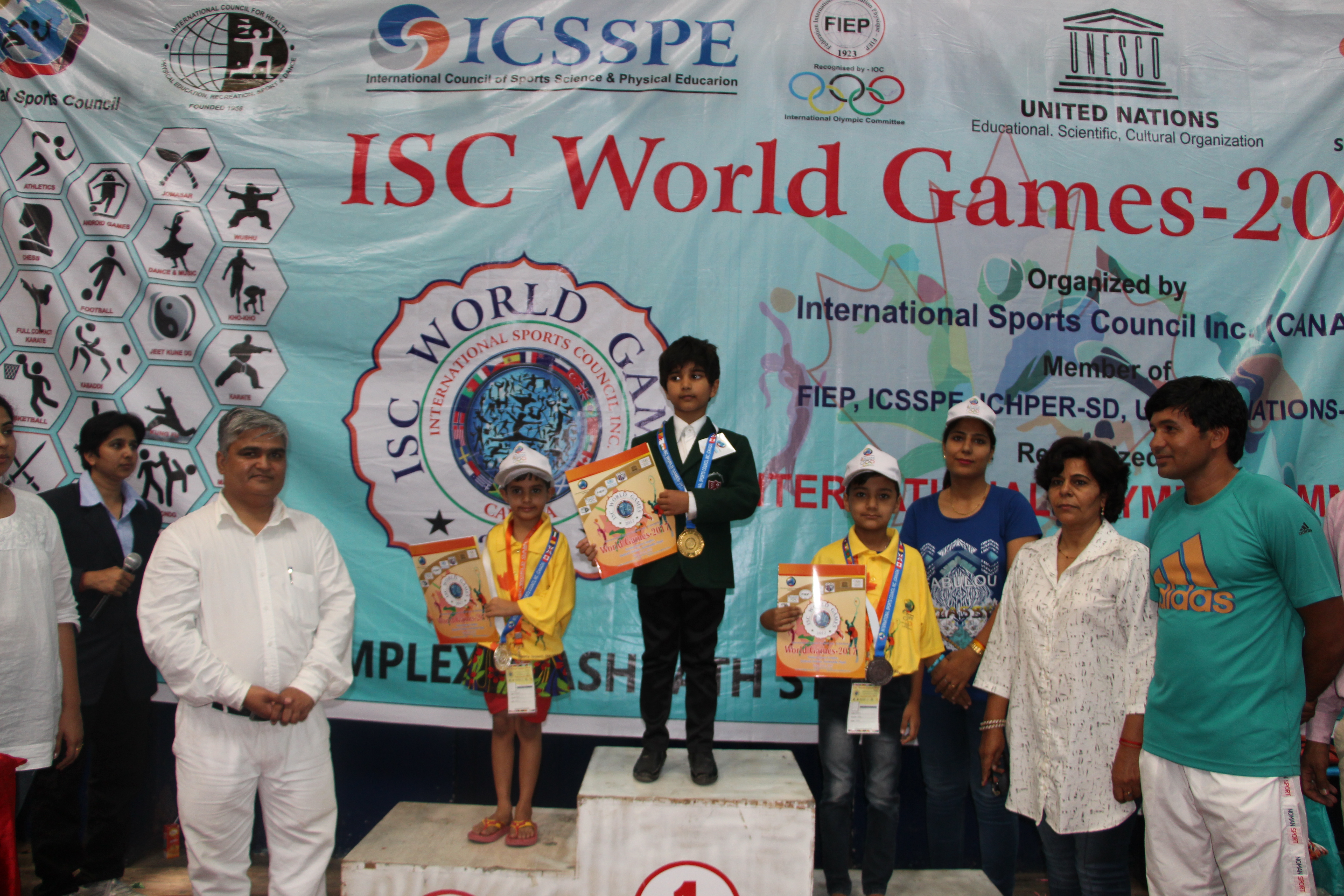 Ishwar on the podium with the gold medal. Photo courtesy: Dr Vishwanath

Ishwar Sharma, a seven-year-old schoolboy from Kent, has won two gold medals in the International Yoga Championship 2017 held in Kathmandu, Nepal. He won gold in both Individual Yoga sub junior under 8 years and open group artistic yoga along with his father Dr Vishwanath.

Ishwar and his father were both representing Great Britain in the competition organised by Canada’s International Sports Council Inc. 16 countries took part in the event which saw over 1000 people participate.

Dr Vishwanath, who was also the gold medal winner in the above 35 years category, is a long-time practitioner of yoga. The World Yoga Games 2017 were held at Dashrath Stadium, Kathmandu, Nepal from June 15-18, 2017.

Ishwar clinched the United Kingdom National Yoga Championship in the under-11 category for the second year in a row in April 2017. He became interested in yoga after watching his father practise, and was encouraged by his father to join him.

“I have been practicing yoga since my childhood; I remember when Ishwar was 5 years old, he started observing and copying me. Very soon he learnt many postures, catching up fast and I noticed him doing them extremely well. I started teaching him more and more which helped him reach this stage,” Dr Vishwanath said.