All packed within a 60-minute spectacle, the newly commissioned work produced by RuanAtWorkz Musical Arts will be presented at the Singapore Chinese Cultural Centre from April 2 to 5. 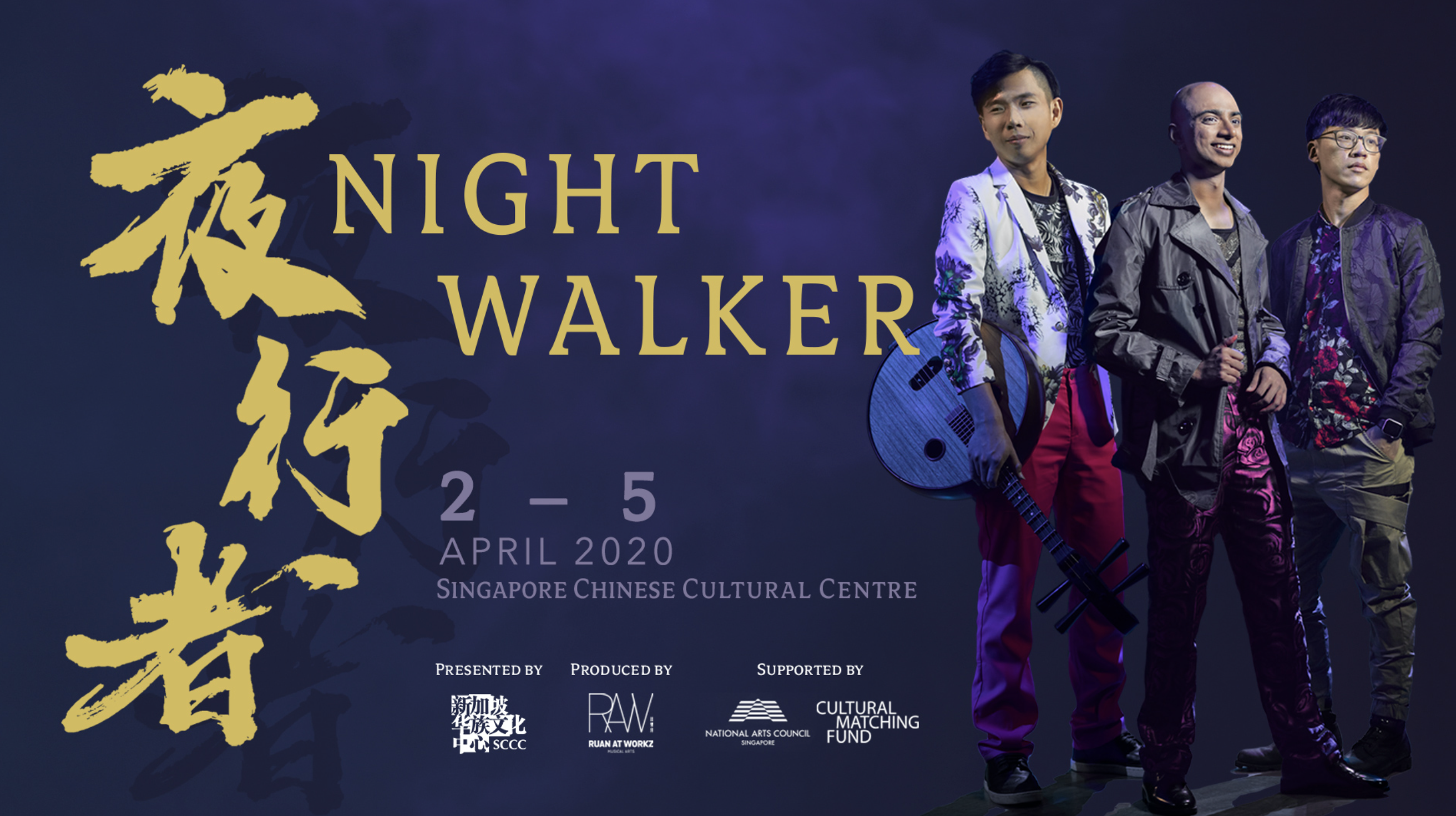 Taking inspiration from the traditional Chinese method of timekeeping, Night Walker
(as a parallel to daily life) is performed over five acts that correspond to the five watches.

The plot follows the Night Elf into the night as he explores the emotions of the troubled composer. Each stage is also a creative depiction of the history of Ruan, from its discovery, fall from grace, and rebirth.

“Night Walker is a culmination of an 18-month long creative process which started off as an experimental work, and has grown to become a collaborative effort where two generations come together to sow the seeds of our shared ideas," said Night Walker mentor and Creative Staging Director, Lim Chin Huat. 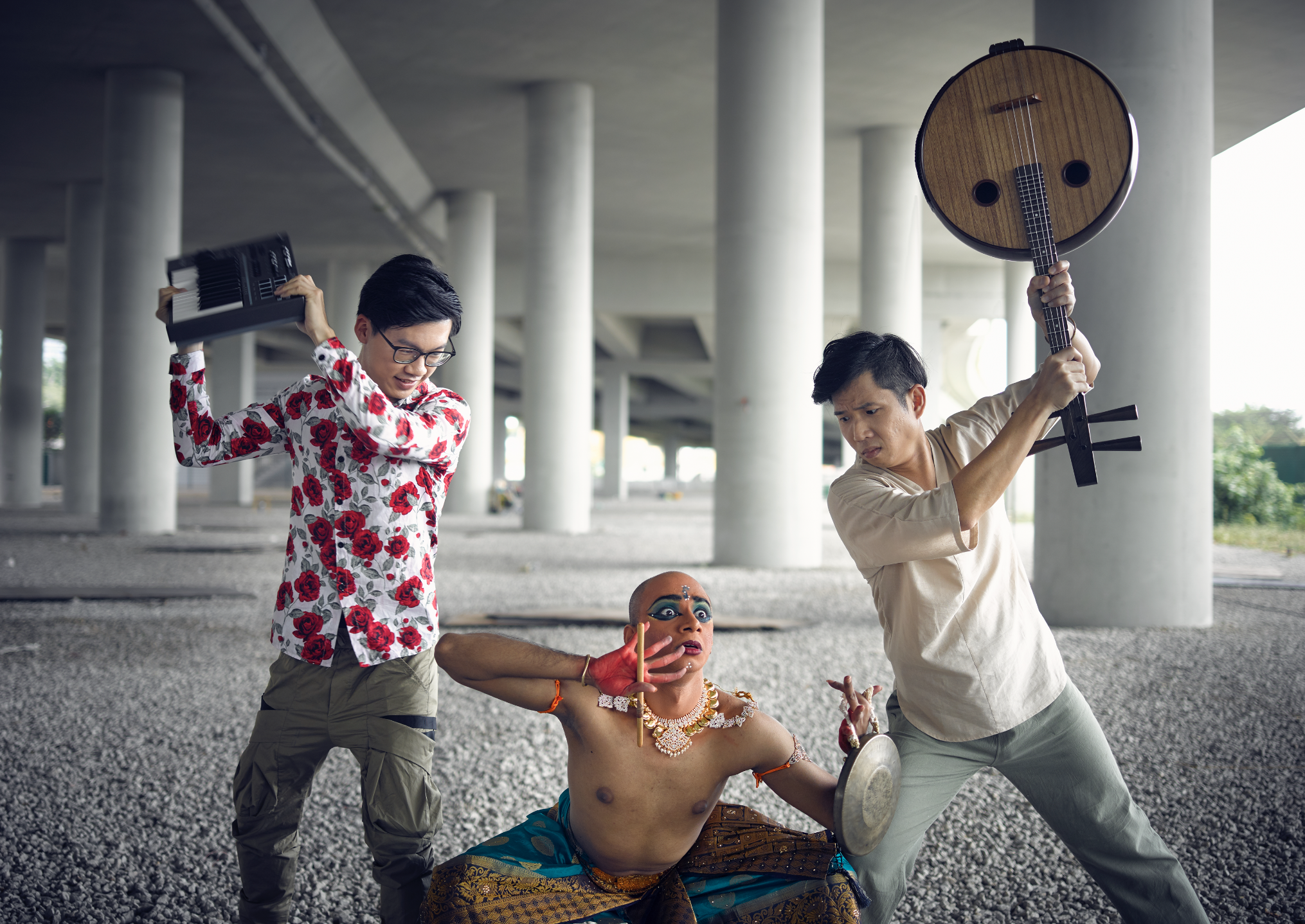 Audiences can immerse themselves in the lilting tunes strummed by Ruan musician Neil Chua and revel in the intricate choreography of Bharatanatyam dancer Bala Saravanan Loganathan, all strung together by the beats of emerging sound designer Aw Wei Zheng.

Neil Chua, Artistic Director and founder of RuanAtWorkz Musical Arts, said, "Audiences at Night Walker will have a chance to experience a seamless integration of different cultures and different artforms on the same stage, which is rarely seen."

Chief Executive Officer of the Singapore Chinese Cultural Centre, Low Sze Wee, added,
“The Singapore Chinese Cultural Centre is always interested to collaborate with local arts groups to produce innovative programmes. We are excited by the possibilities of fusing Indian classical dance with Chinese traditional music, and hope that our audiences will be surprised and delighted by what they experience.”