Nerkonda Paarvai through the eyes of Boney Kapoor, Vidya Balan and Shraddha Srinath

The Bollywood courtroom drama Pink was released in 2016, at a time when the #MeToo movement was at its peak. The National Award-winning film brought the spotlight on respecting women's rights and dignity as well as focused on the highly socially relevant issue of consent.

Three years later, its official Tamil remake, Nerkonda Paarvai (which can be interpreted as direct gaze or resolute look), is set for its worldwide release on August 8. Directed by H Vinoth and produced by Boney Kapoor, the film stars south Indian superstar Ajith Kumar, Shraddha Srinath, Abhirami Venkatachalam and Andrea Tariang, with a special appearance by Vidya Balan.

So, why a Tamil remake of the Bollywood hit, three years later? The story and the social message conveyed by this movie is important and needed to be seen by a wider audience, not just by the Hindi-speaking belt, said the makers of the movie at a press meet organised by Zee Studios in Singapore on Tuesday.

Nerkonda Paarvai is Boney Kapoor’s first Tamil production in 4 decades of movie-making. However, the 63-year-old’s relationship with the Southern film industry goes back 40 years with his first Hindi movie Hum Paanch, which was a remake of a Kannada movie. The first movie his brother Anil Kapoor did under his banner, Woh Saat Din, was also a remake of the Tamil hit Antha Ezhu Naalkal.

His connection to the south also came from his late wife, the legendary actress Sridevi, who started her film career spanning five decades in Tamil movies. 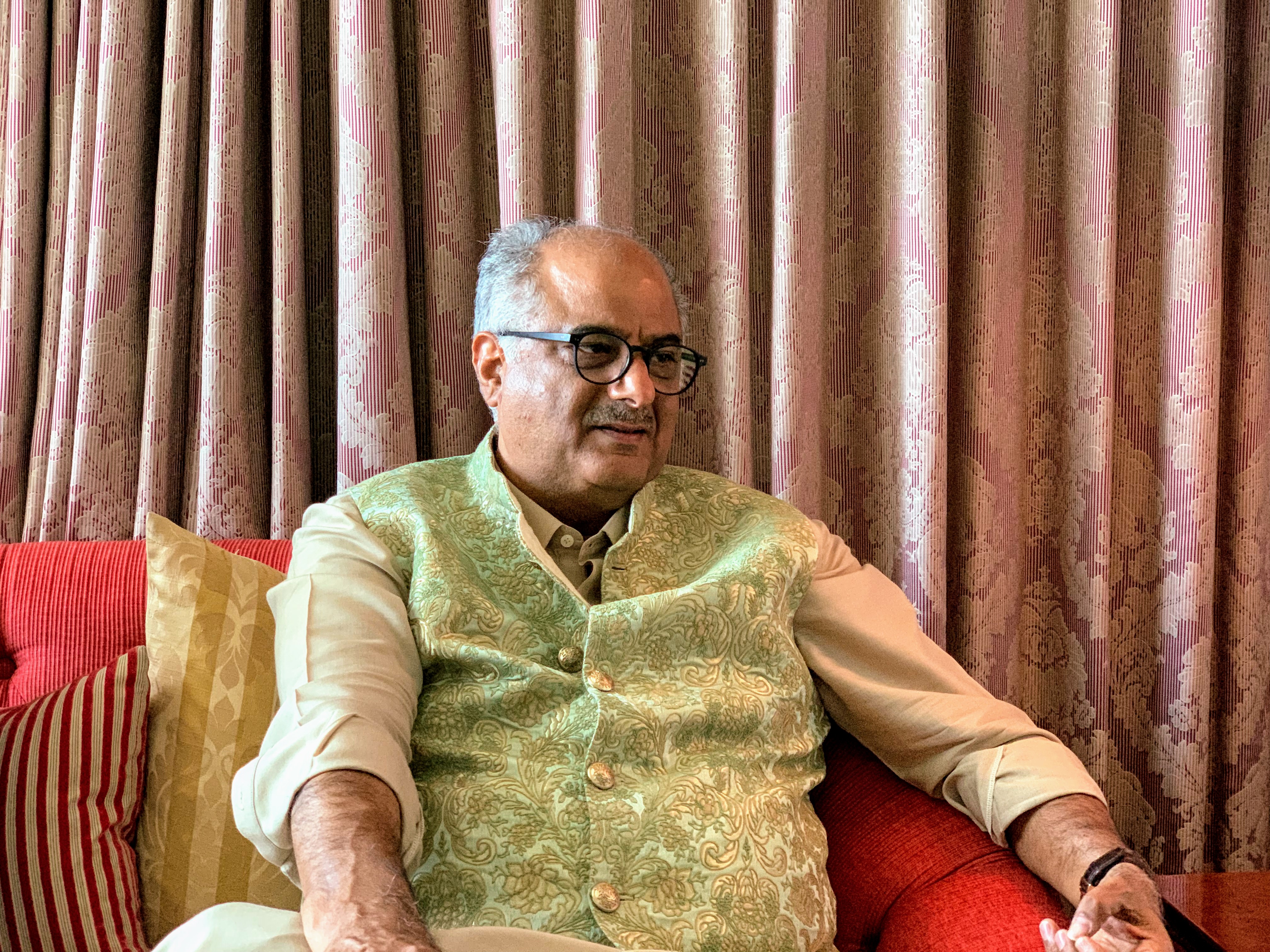 “It was only when he was in Mumbai for the English Vinglish shoot, that Ajith was gracious enough to consent to do a film in Tamil. The journey started from there. Sridevi was always keen that we should get into Southern film production”, Boney Kapoor told Connected to India.

Nerkonda Paarvai sees Ajith playing a lawyer, reprising the role played by  Amitabh Bachchan in Pink. “It was Ajith who proposed that we do a remake of Pink”, Mr Kapoor said noting that it was a brave step for an actor of his calibre.

“I immediately agreed to doing this movie as it is Boney Kapoor’s first Tamil production and Sridevi is someone I worshipped for as long as I can remember. Of course, the bonus is that I got to work with Ajith who is so loved. But the reason I did it is because of my high regard for Boney Kapoor,” Ms Balan told Connected to India. 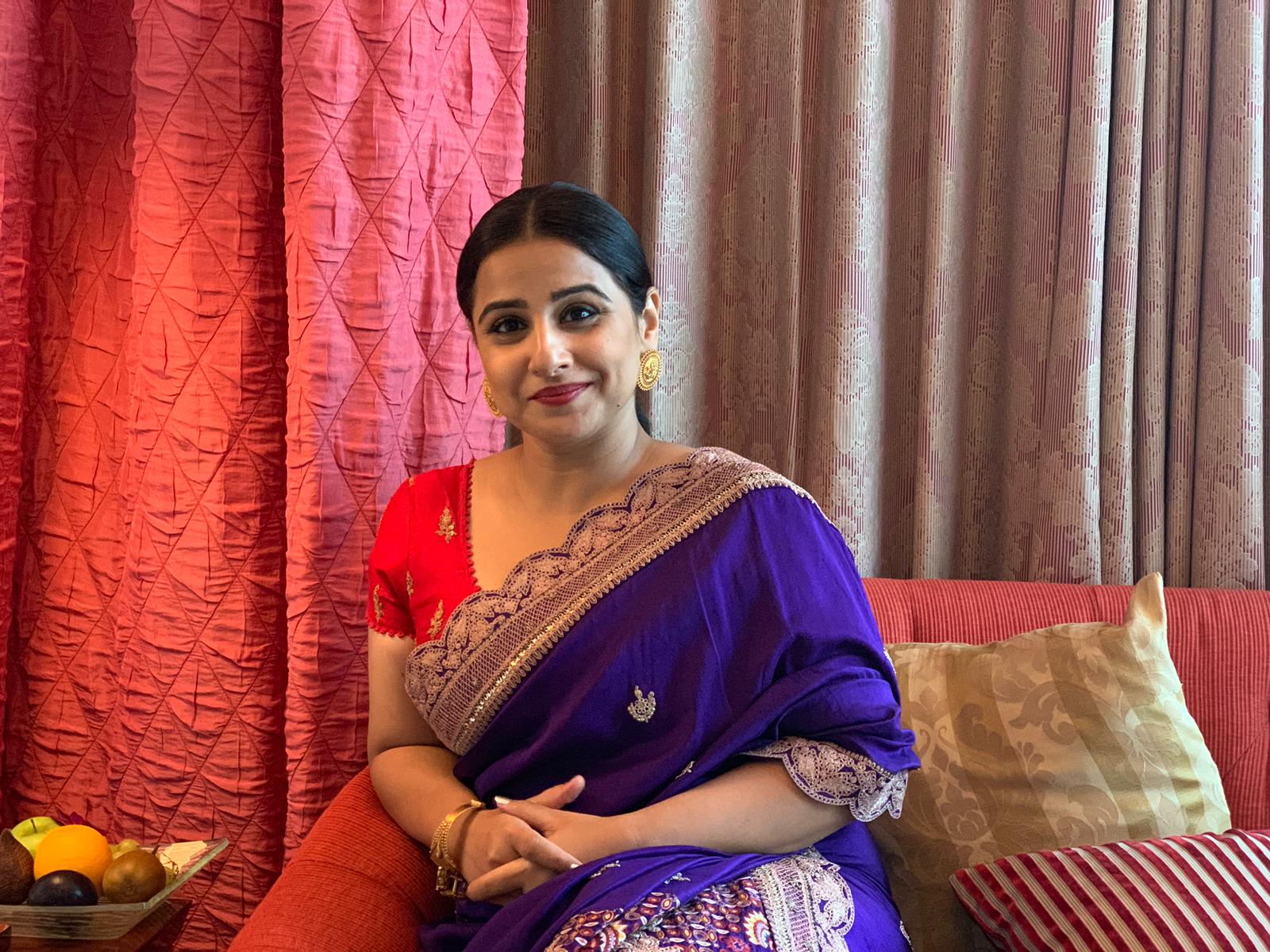 She said it wasn’t difficult for her to speak in Tamil as she knows the language. However ensuring that she spoke “Sen Tamizh’ or Chennai Tamil and didn’t slip into ‘Palakkad Tamil’ (a dialect spoken in the Kerala-Tamil Nadu border state of Palakkad) was a task entrusted to her director, she added.

For young actress Shraddha Srinath, who reprises Taapsee Pannu’s role from Pink, the movie holds a special place in her film career. A trained lawyer, she says that she was very affected by the ‘Nirbhaya’ gang rape case in 2012. She was working as an intern at a law firm at the time and cites the gruesome incident as one of the primary reasons why she wanted to do this film.

“One movie can’t make a change, but it can begin a conversation and it’s the beginning of change,” Ms Srinath told Connected to India.  “As people from the film fraternity, we have started realising the power that lies in our hands and our responsibility as citizens, as people who have the pull to be able to talk about some great things through the medium of film.” 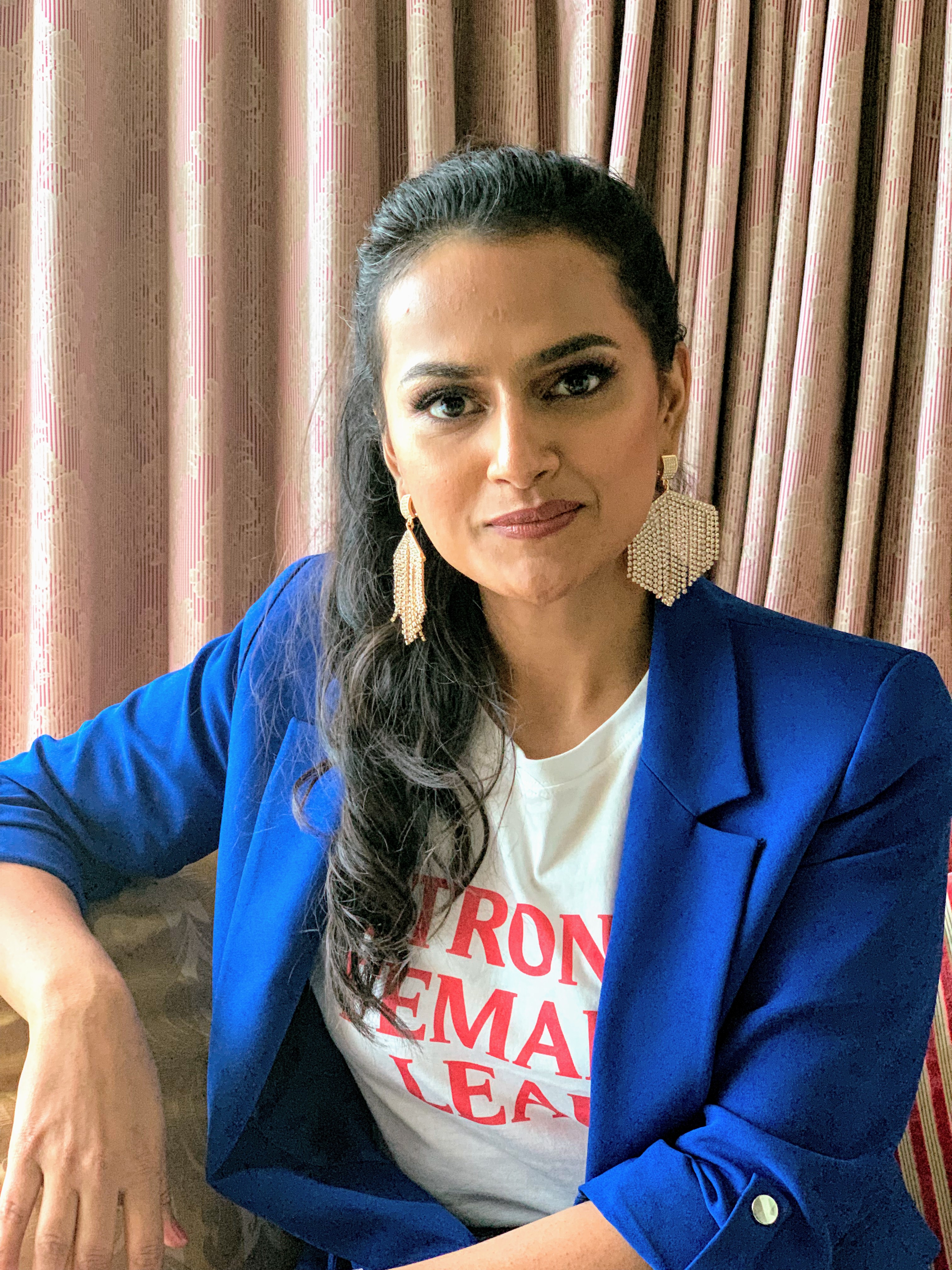 The message conveyed by Nerkonda Paarvai was also important for producer Boney Kapoor, especially coming from a film industry which has given little care in the past about how a woman’s consent is viewed in movies.

“On screen in the older times the hero had to chase and woo the lady, have the songs, the romance to carry the movie forward... Today the content is slowly changing. Now it is not as much as it used to be earlier. Now the content is far more realistic. Today right is shown as right and wrong is shown as wrong on screen”, Mr Kapoor told Connected to India.

Set formulae are being done away with, whether in Hindi or Tamil cinema, he noted citing the examples of Uri, Raazi, Article 15, Badhaai Ho and Pink among others.

“What impact will this film have is very difficult to predict,” added Ms Balan. "It's not just a message for men and boys, it's also a message for girls and women that you have the choice to say 'no', and secondly, have the courage to stand by your 'no', no matter the pressure." 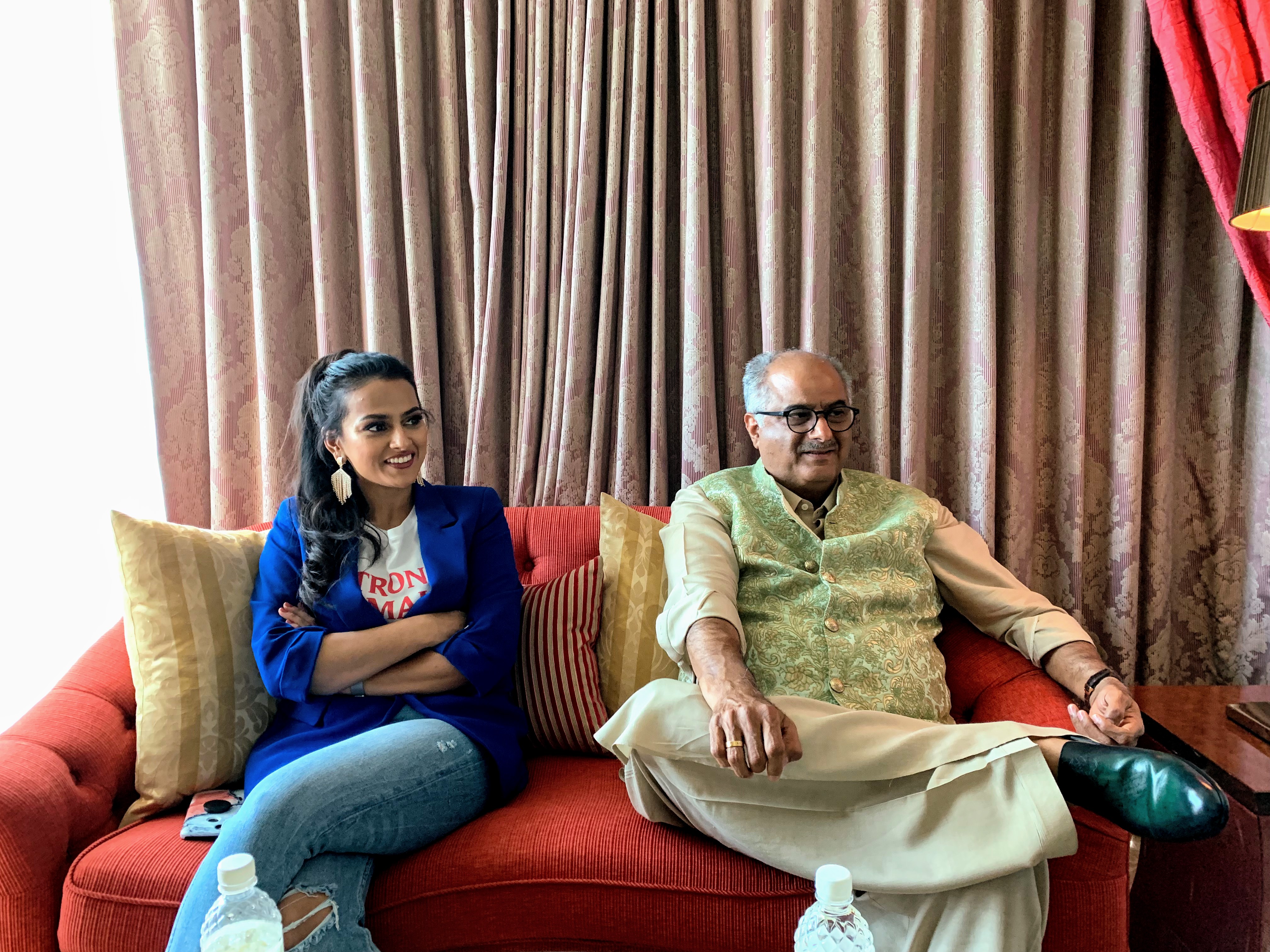 Nerkonda Paarvai is set for a worldwide release on August 8. Photo courtesy: Connected to India

Nerkonda Paarvai comes three years after the release of Pink - three years in which a lot has changed and sexual harassment is being discussed more openly around the world than ever before. The movie is also looking to cater to a culturally different set of audience. So how is the Tamil remake different from the original film?

“We have simplified the film but the spirit of Pink has been maintained. We have added layers which will go with the Tamil audience and elements which will cater to Ajith’s fans”, said Mr Kapoor. “We have organically brought in the other elements such as Shraddha being a support dancer through a song, action scenes involving Ajith and Vidya Balan as Ajith’s wife through a romantic song, which are not forced into the story. The courtroom drama and the dialogues from Pink have been retained”.

One must use the story and tell it within the audiences’ socio-political context, added Ms Balan.

An important film with an important subject matter, stay resolute and stand up for your conviction is the message conveyed by Nerkonda Paarvai. 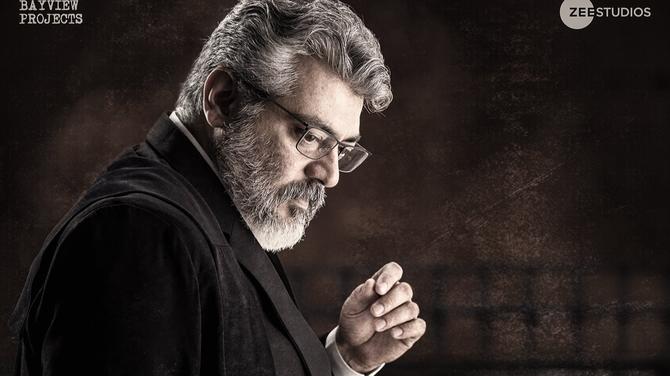 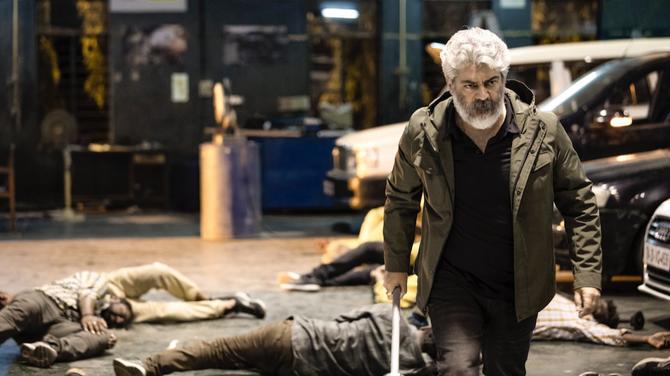 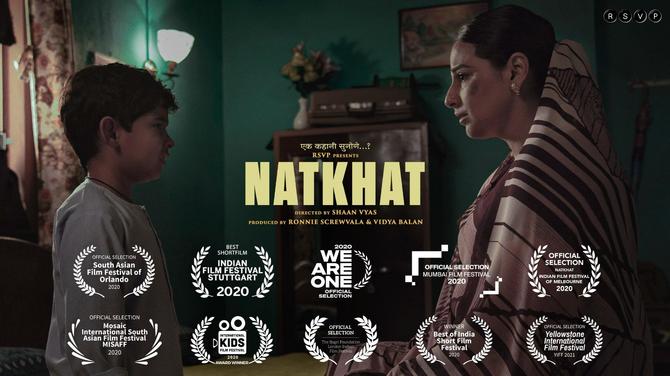