Poet, playwright, and, incidentally, an investment professional, Tanuj Khosla is one of Singapore’s most versatile story creators. His plays have been staged in Singapore, Toronto, New Delhi and short films he has written the script for have been released on OTT platforms. 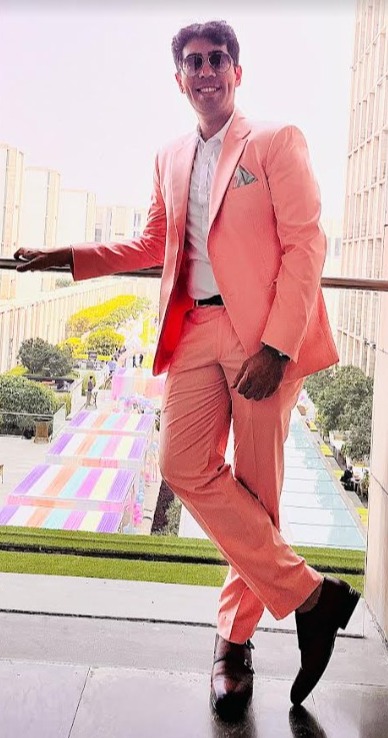 He has been a trilingual (English, Urdu and Hindi) poet and lyricist since childhood. Photo courtesy: Tanuj Khosla

Tanuj’s recent achievements include being a writer for the Singapore independent film Dominoes as well as having one of his songs reaching the semi-finals of the UK Songwriting Contest (UKSC), which is among the world’s oldest and largest international competitions in the genre.

“This is the first song I wrote in over two years as life got busy with work and family commitments over the last few years,” Tanuj told Connected to India. “This song, titled, ‘I Wish we Never Met’ just came out of the blue to me while I was biking one night at Marina Barrage.”

Tanuj currently works in the finance industry in Singapore. Prior to this, he was a banker in India. Tanuj has written guest columns for finance journals like CNBC, The Asset, The Hedge Fund Journal, Institutional Investor, Risk.net etc, in the past and was also a regular columnist with The Wall Street Journal. In addition, he has written plays that have been produced and performed at Dastak, Singapore's first and only Hindi theatre festival.

The UKSC has become a truly international event with entries from over 80 countries and with winners and finalists appearing on major TV shows and media worldwide. This is not the first time one of Tanuj’s songs has made it to the finals of this and other contests.

“India is a huge country and yet when it comes to music, only Bollywood is known outside India. I think that is quite unfair to the talent and effort put in by others who are doing Indie music or music in another language. An achievement like this plays a small part in increasing awareness about other genres and languages of music we are capable of,” Tanuj said.