Divided by language and nationality but united by war - that is how a couple of Americans, some Iraqis and an Indian family end up celebrating a little boy's birthday together, in the movie Chintu ka Birthday by Zee5.

Don’t mistake it for a children’s movie, even if the first few frames make it feel so. In fact it is only a while into the movie that you even realise that it is based in Iraq and not in India.

That's how much the Bihari family - stuck in a foreign land and longing for their homeland - strongly hold on to their Indianness in the first few frames.

Madan Tiwari (Vinay Pathak) is a water-filter salesman and a successful one at that, with his name in the newspapers to prove it. Until America attacks Iraq. 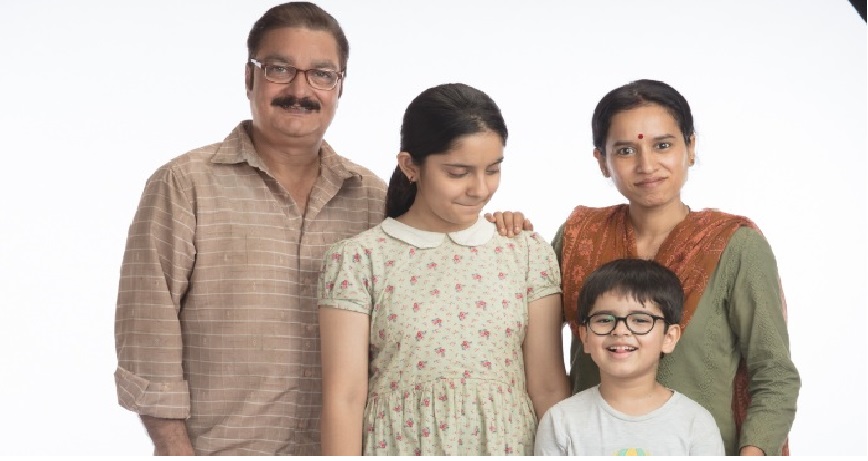 The war-torn nation soon has a water supply problem and water filters are the last thing they need.

But long before all that, Madan has flown his entire family, including his mother-in-law, to Iraq and now the whole family is stranded in war-torn Baghdad.

The Indian government in New Delhi declares that all Indians have been evacuated from Iraq so how was this family forgotten? Madan finds out during one of his beseeching calls to his employers and government officials in India, that they have been flown out on Nepalese passports. This is one of the bewildering parts of the script. How could all concerned have missed this, one wonders?

The dialogues are in Hindi, English and Arabic, yet flow seamlessly, as does the traditional folk song by Madan’s wife Sudha (Tillotama Shome) and her mom (Seema Pahwa).

The story revolves around Madan’s son Chintu (Vedant Raj Chibber’s) wanting to celebrate his birthday during the turbulent era of Saddam Hussein's downfall.

His school friends understand the importance of this day and his best friend Majeed (who earlier has presented him a replica of Saddam’s hand) gives him Jihadi material as a birthday gift, much to his family’s horror. 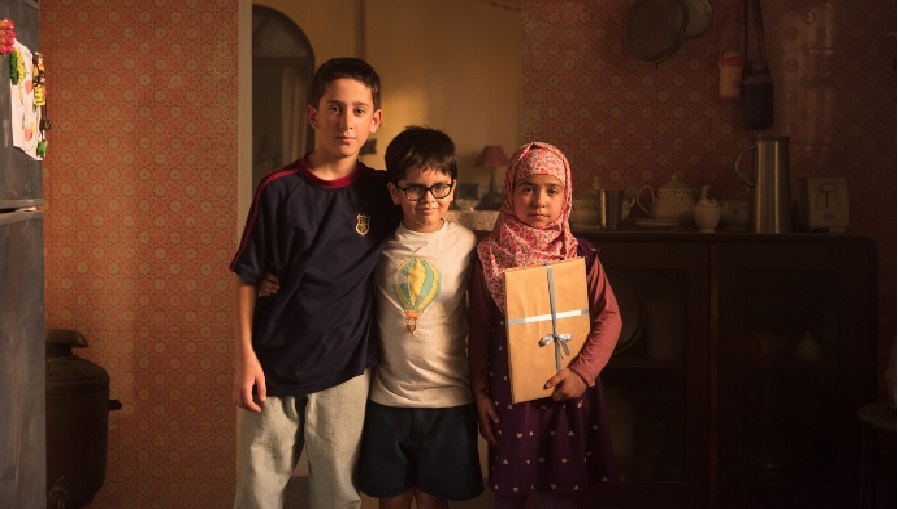 Chintu is cute and his Iraqi friend Majeed is bound to elicit a grin with his swagger and bravado. Photo Courtesy: Zee5

His sister Lakshmi (Bisha Chaturvedi) too is determined that war shouldn't be a showstopper, spending days decorating and trying to get him a surprise cake. However, a bomb goes off and all bakeries are shut so she decides to bake a cake at home.

Her easy banter in Arabic with their supportive Iraqi landlord, Mehdi, shows how children easily pick up foreign tongues. The landlord's affection for the family is clear for all to see but where his loyalty lies is a lot more difficult to determine.

The Iraqis hated their ruthless leader Saddam, but they don't have any fondness for the foreign ones from the USA who are replacing Saddam’s soldiers either.

American soldiers (Reginald L Barnes and Nicholas Scholz) represent the US military invaders, as they barge into the Tiwari home and send Mehdi scuttling into a rat-infested store-room. 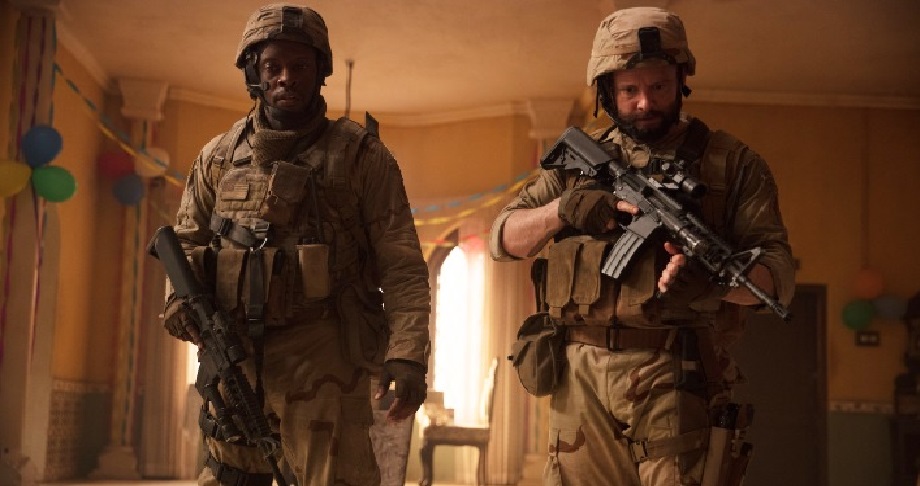 American soldiers (Reginald L Barnes and Nicholas Scholz) represent the ugly face of US military invasion as they barge into the Tiwari home. Photo Courtesy: Zee5

The rest of the interestingly strong story is about the family trying to hold on to any and all shreds of optimism and celebrate Chintu’s birthday despite the hostility and suspicion of the American soldiers, one of whom is violent and volatile. Madan does the ‘athithi devo bhava’ bit and even explains the meaning of all their names but the Kamasutra is the only one the soldiers catch on to.

Madan and his wife as optimistic, middle class value holders, who give the benefit of doubt to everyone and try to make the best of the worst situations, come across as very likeable characters, as do his children.

The performances of the lead actors is believable and commendable as is that of the younger actors. Chintu’s friend Majeed is bound to elicit a grin with his swagger and bravado despite the chaotic situation. You can catch the trailer here and the movie on Zee5.